PARIS (Reuters) -The European Central Bank will raise interest rates as much as needed to bring down core inflation although the pace could possibly slow after the end of the year, ECB policymaker Francois Villeroy de Galhau said on Tuesday.

Villeroy, who is also governor of the French central bank, said that 4.8% in euro zone core inflation, which excludes energy and food prices beyond the central bank’s control, was too broad and too high.

“We will raise interest rates as much as necessary to bring core inflation down,” Villeroy told Dutch newspaper NRC.

“By the way, this will have a positive effect on banks’ net income; European banks are hence more solid than feared by some,” he added.

European banks have come under pressure in financial markets in recent days over concerns about the health of Swiss group Credit Suisse.

After the ECB raised its main interest rate by 50 basis points in July and 75 in September, Villeroy said it was important for the ECB’s next moves to remain “orderly”. This, he said, meant neither jolting markets nor tightening financial conditions for households and firms too abruptly.

Villeroy said that the ECB should raise interest rates “without hesitation, by the end of the year” to the level at which they are neither stimulating nor putting a drag on the economy, which he estimated was somewhere “below or close to 2%”.

Speaking later in Cyprus, ECB President Christine Lagarde also said the central bank must at a “minimum” stop stimulating the economy through its monetary policy.

“The minimum that we have to do… is to stop stimulating demand,” Lagarde told students before meeting fellow policymakers in Nicosia.

Once that point is reached, Villeroy said the ECB would embark on a second leg of its monetary policy normalisation cycle, which he said would be “more flexible and possibly slower”.

“I don’t say that rate hikes will stop there, but we will have to comprehensively assess the inflation and economic outlook,” he added. 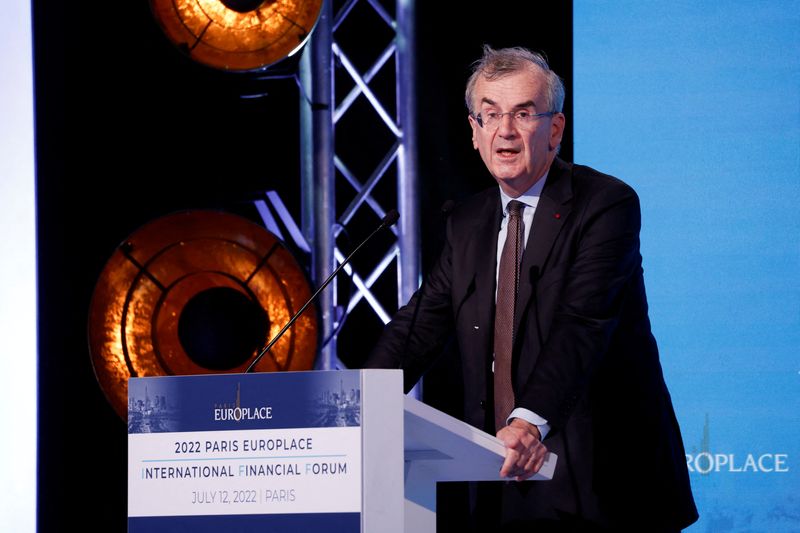