PRAGUE (Reuters) -Leaders of the European Union and neighbours from Britain to Turkey met on Thursday to discuss security and energy emergencies plaguing them all since Russia’s invasion of Ukraine, a symbolic summit that underlined Moscow’s isolation.

The gathering in Prague was the inaugural meeting of the European Political Community (EPC), a brainchild of French President Emmanuel Macron, bringing together on an equal footing the EU’s 27 member states and 17 other European countries.

Some of the countries are waiting to join the EU while another, Britain, is the only one ever to leave it.

Danish Prime Minister Mette Frederiksen was tied up with a crucial parliamentary debate at home, bringing the number of leaders down to 43 from the originally envisaged 44.

The meeting at the ancient compound of Prague Castle was a grand show of solidarity for a continent mired in multiple crises – from the security fallout of the war in Ukraine to an energy crunch and a looming recession that has dashed hopes of robust recovery from the COVID-19 pandemic downturn.

“”We have very clearly displayed the unity of 44 European leaders in condemning Russian aggression and expressing support for Ukraine,” Macron told a news conference after the summit.

“Let today be the starting point. The point from which Europe and the entire free world will move to guaranteed peace for all of us. It is possible,” he said, calling on the leaders to “direct all possible powers of Europe to end the war.”

A special spotlight in Prague was on British Prime Minister Liz Truss, who – under pressure at home after only a few weeks in office – joined the stage with leaders of the EU.

Her decision to attend left some hoping for a reset in relations between Brussels and London, building on a warmer tone in recent weeks in a standoff between the two sides over post-Brexit trading arrangements for Northern Ireland.

Truss, who declared earlier this year while campaigning to become prime minister that the jury was out on whether Macron was a friend or foe, told reporters in Prague that the French president was indeed a friend of Britain.

The two leaders met for talks in Prague, and Macron added to the reconciliatory mood later, declaring: “I really hope this is the beginning of the day after”.

Russia’s war in Ukraine is certain to remain a focus of the new club as leaders of the embryonic EPC will meet next time in Moldova, Ukraine’s small and troubled neighbour.

Still, it is far from clear that a forum some have already dismissed as just another talk shop has a robust future.

Its sheer size will be a major obstacle to delivering concrete policy, as will its political and cultural diversity and traditional rivalries between many of its members, from Armenia and Azerbaijan to Greece and Turkey.

In a blog before the summit, EU foreign policy chief Josep Borrell said clarity was still needed on the EPC’s core rationale, its relationship with the EU, how it should take decisions and even whether it should have a budget of its own.

Turkish President Tayyip Erdogan said the summit was “a very timely initiative” to discuss problems of the European continent and find common solutions, but he cautioned that the EPC should not become an alternative for countries hoping to join the EU.

Ankara opened membership negotiations with the EU in 2005.

On Friday, leaders of the EU’s 27 countries will meet on their own in Prague. Tensions will play out over Germany’s 200 billion euro ($197.50 billion) energy support package that many of its peers see as damaging competition in the bloc’s single market.

EU countries will also try to work through differences over how to cap gas prices to contain soaring energy costs that are turbocharging inflation across the bloc.

Separately, the EU’s member states gave final approval to an eighth batch of sanctions against Moscow over the invasion of Ukraine, but said implementing a price cap on Russian seaborne oil included in the package required more work. 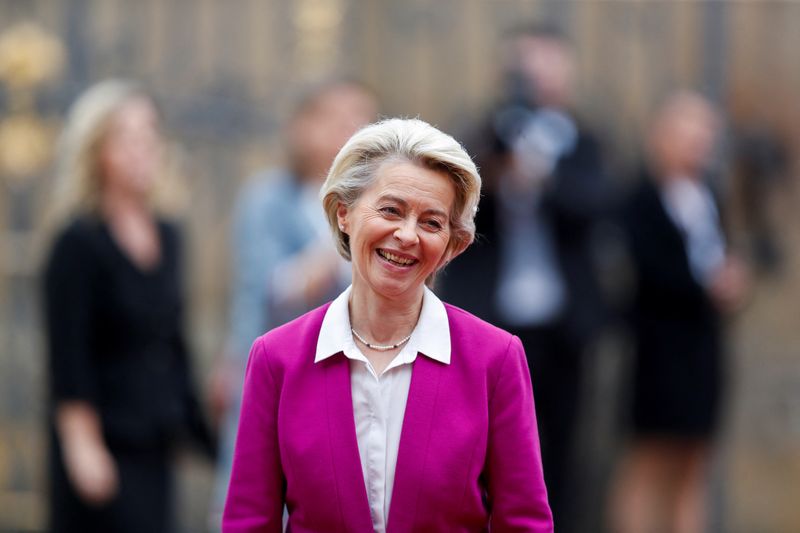 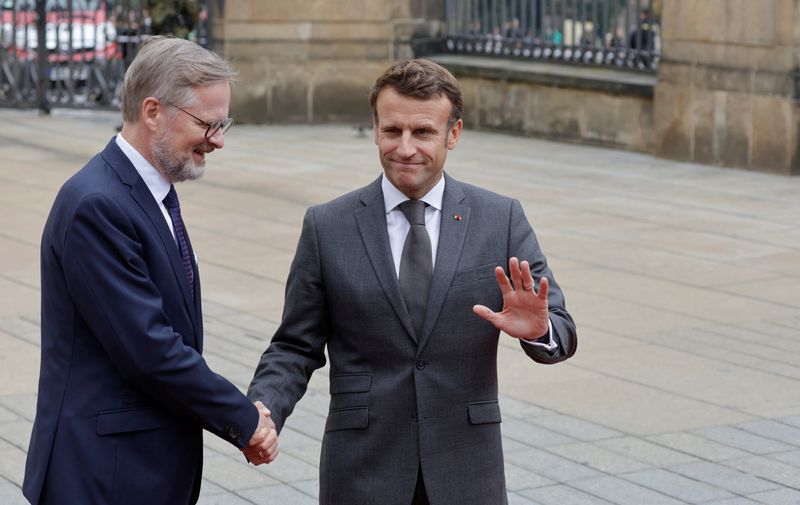 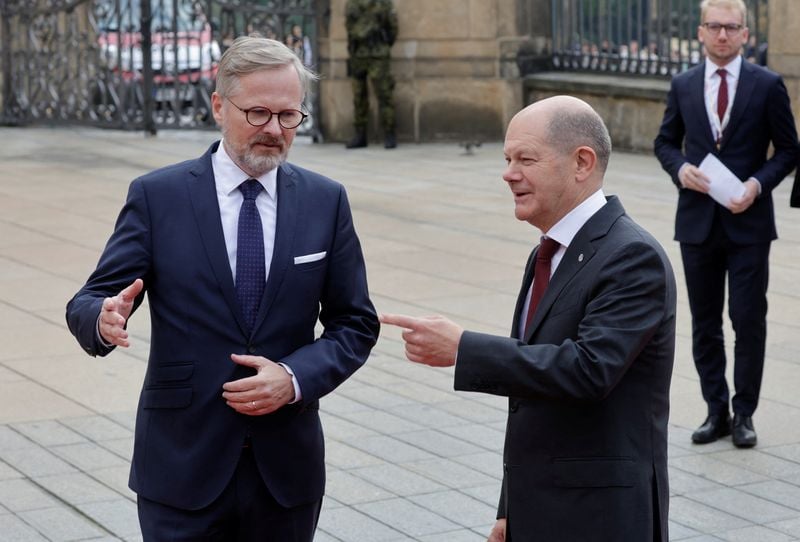 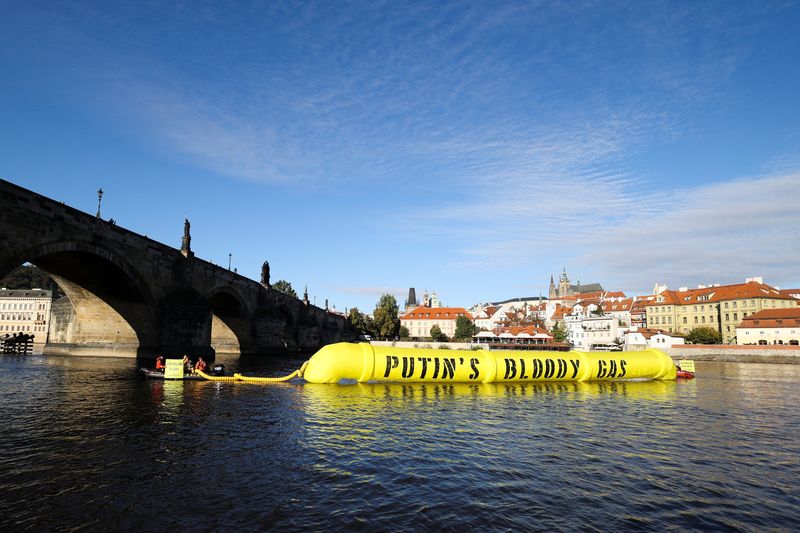 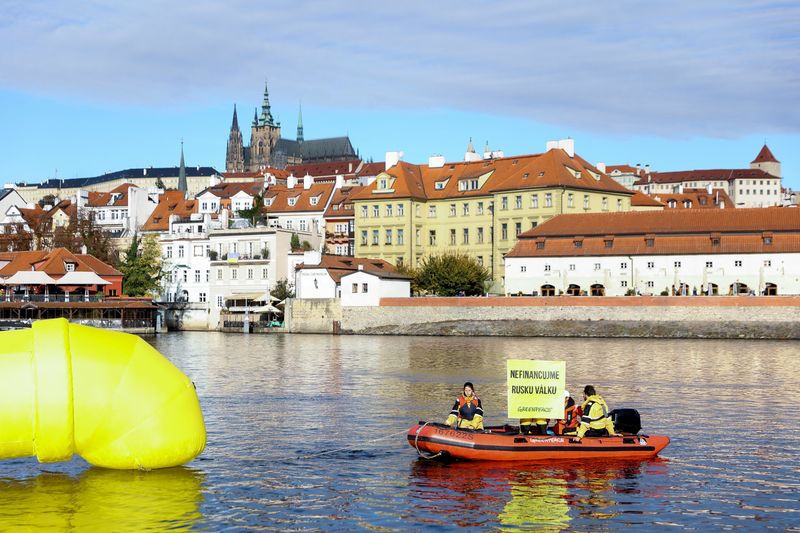