LONDON (Reuters) -The Bank of England must stick to its plan to quash the surge in inflation even if it means more pain for Britain’s economy, Deputy Governor Dave Ramsden said, adding the new government’s tax cuts could add to the inflation challenge.

Two weeks since finance minister Kwasi Kwarteng roiled markets with his plans to give a growth jolt to an economy heading for a recession, Ramsden said the BoE would not shirk its main job to tackle an inflation rate currently touching 10%.

“However difficult the consequences might be for the economy, the MPC must stay the course and set monetary policy to return inflation to achieve the 2% target,” he said in a speech to the Securities Industry Conference 2022 on Friday.

Ramsden was one of three of the Monetary Policy Committee’s nine members to vote for a three-quarters-of-a-percentage-point rate hike last month, but a majority decided to raise Bank Rate by a less dramatic 50 basis points.

Since then, investors have ramped up their expectations for how high the MPC will take borrowing costs, due largely to Kwarteng’s mini-budget.

Kwarteng was forced to drop his plan to eliminate the top rate of income tax but plans for other tax cuts remain in place.

Investors are betting on the BoE raising Bank Rate by a full percentage point to 3.25% in its next scheduled policy announcement on Nov. 3, and then to around 5.75% by next June.

Related News:   US Defense Employees In Japan Struggle For Health Care After DOD Scaled Down Services, Failed To Tell Tokyo

Ramsden said the BoE would factor Kwarteng’s economic stimulus plan into its next economic forecasts due in November.

“Based on what we know so far, these impacts are likely to be material for the economic outlook over the next three years, which is also the horizon relevant for monetary policy,” he said.

Ramsden said the big movements in financial markets – which he said reflected UK-specific factors and not just global trends as suggested by Prime Minister Liz Truss – could have a “significant direct effect” on the BoE’s next forecasts.

“One key consideration for the MPC at its upcoming meetings will be whether the recent repricing of UK assets reflects a changed assessment by markets of the UK macroeconomic policy mix between fiscal and monetary policy,” he said.

The International Monetary Fund has warned Britain to ensure its fiscal and monetary policies do not work at cross-purposes.

Ramsden said the BoE’s decision to launch a temporary bond-buying programme to stabilise the government bond market after Kwarteng’s “mini-budget” was “an operation designed to buy time – I won’t say any more about it here.”

That programme is due to end on Oct. 14. 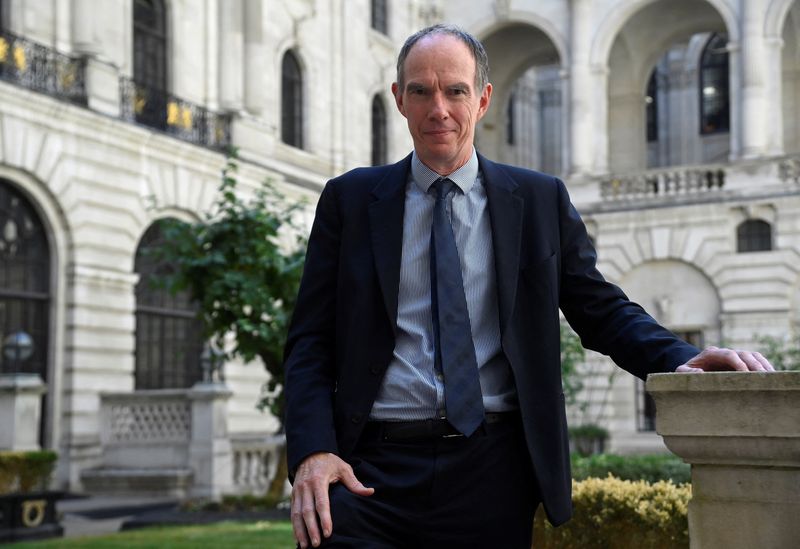