The drills come after North Korea fired an intermediate range ballistic missile over Japan on Tuesday, then launched a pair of ballistic missiles into the sea on Thursday and flew warplanes near the South Korean border.

“We will continue to strengthen our operational capabilities and readiness to respond to any provocations by North Korea,” South Korea’s Joint Chiefs of Staff said.

The U.S. strike group already participated in trilateral missile defence exercises with warships from Japan and South Korea this week.

Senior defence officials from Japan, South Korea and the United States discussed the latest developments in a call on Friday, condemning the North Korean launches and agreeing that recent trilateral maritime drills have improved their ability to respond to North Korea, South Korea’s ministry of defence said.

“He emphasised the need to deliver a clear message that nuclear and missile development will only create a more difficult situation for North Korea,” the defence ministry said.

The rare bombing drill by at least eight North Korean fighter jets and four bombers on Thursday prompted South Korea to deploy 30 fighters on its side of the heavily fortified border.

On Thursday, North Korea condemned the United States for repositioning the aircraft carrier near the peninsula, saying it posed a serious threat to the stability of the situation.

North Korea’s foreign ministry also criticised Washington for calling a United Nations Security Council meeting over the launches, saying the were a “just countermeasure” to the joint U.S.-South Korea drills.

South Korea’s foreign ministry said the nuclear envoys of the United States, South Korea, and Japan held a call and vowed to redouble efforts to block North Korea’s nuclear and missile financing through the seizure of cryptocurrencies, and to prevent attempts to evade sanctions such as illegal maritime transhipments.

Decades of U.S.-led sanctions have not stemmed North Korea’s increasingly sophisticated missile and nuclear bomb programs, and North Korean leader Kim has shown no interest in returning to a failed path of diplomacy he pursued with former U.S. President Donald Trump.

(Reporting by Joori Roh and Josh Smith in Seoul and David Brunnstrom and Daphne Psaledakis in Washington; Editing by Gerry Doyle and Alistair Bell) 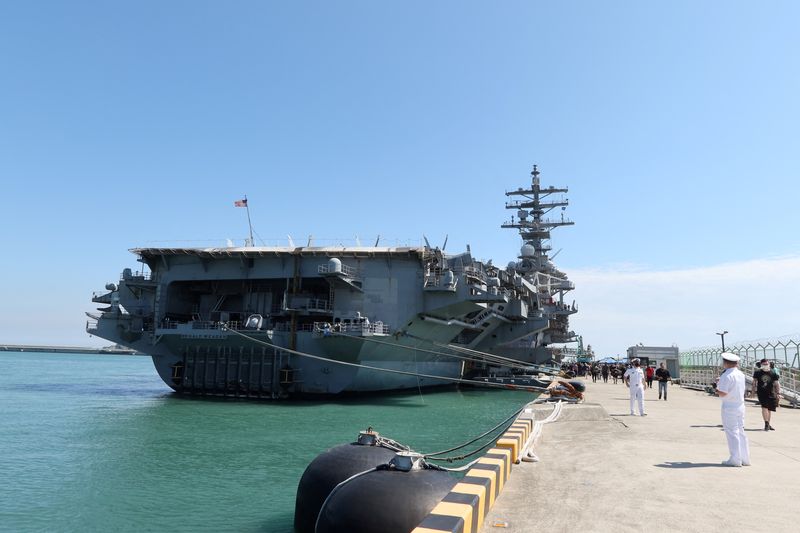