By Ismail Shakil and Kanishka Singh

(Reuters) – An appeals court on Friday temporarily blocked Arizona from enforcing a 1901 ban on nearly all abortions in the state, overruling a trial court’s decision last month to let the ban proceed.

The Arizona Court of Appeals granted Planned Parenthood’s request for an emergency stay of Pima County Superior Court’s ruling on Sept. 23 that lifted an injunction on the ban. The appeals court said the abortion-rights advocacy group “demonstrated a substantial likelihood of success” in its challenge of that decision.

“The court further concludes the balance of hardships weigh strongly in favor of granting the stay, given the acute need of healthcare providers, prosecuting agencies, and the public for legal clarity as to the application of our criminal laws,” presiding Judge Peter Eckerstrom wrote on Friday.

In the wake of the U.S. Supreme Court’s June reversal of the constitutional right to abortion, overturning the landmark 1973 Roe v. Wade decision, about half the 50 U.S. states are expected to seek to restrict abortions or have already done so, sparking a wave of litigation around the country.

Pima County Superior Court Judge Kellie Johnson had granted a request by the Arizona’s Republican attorney general to lift the injunction that had barred enforcement of Arizona’s pre-statehood ban.

Planned Parenthood said in a statement the decision by the appeals court “brings temporary respite to Arizonans” and would allow the group to resume abortion care services while the legal proceedings continue.

The office of Arizona Attorney General Mark Brnovich said it will “carefully review” the court’s Friday ruling before determining its next step.

Democrats in the Arizona legislature called on the state’s Republican Governor Doug Ducey to call a special session to repeal the total ban.

Democrats have been eager to cast Republicans as extreme on the abortion issue since Roe was overturned and many states began enforcing abortion bans.

Democrats are increasingly hopeful the Supreme Court decision will boost voter support in November’s midterm elections, with the party’s control of both the House of Representatives and the Senate at stake. 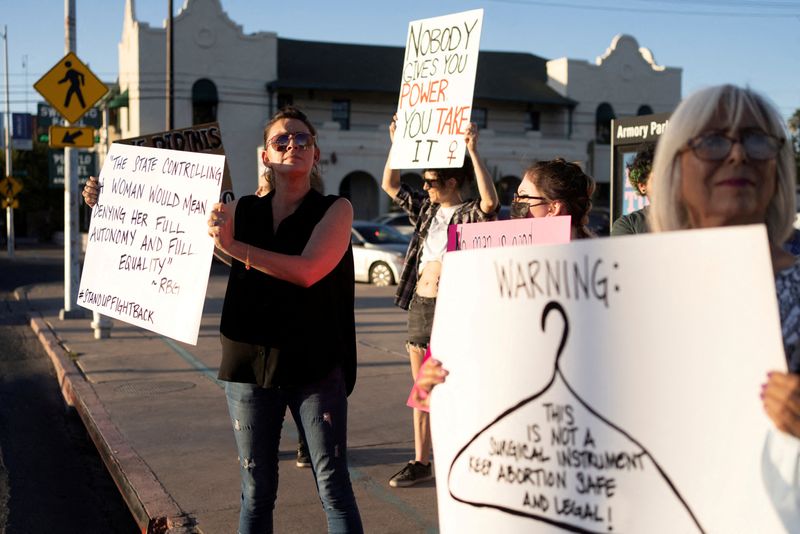