MIAMI (Reuters) – After three months of testimony and lawyers’ arguments, 12 jurors began deliberating on Wednesday on whether the man who killed 17 people at a Florida high school on Valentine’s Day in 2018 should be sentenced to death.

Nikolas Cruz, 24, pleaded guilty last year to premeditated murder at Marjory Stoneman Douglas High School in Parkland, about 30 miles (50 km) north of Fort Lauderdale. It was one of the deadliest school shootings in U.S. history.

The prosecution, which is calling for the death penalty, and the defense, which is arguing for the only other option available – life in prison – made their closing arguments on Tuesday in his sentencing trial.

“It is now your duty to make a decision as to the appropriate sentence that should be imposed on Nikolas Jacob Cruz for each of the 17 counts of first-degree murder charged in the indictment,” Broward County Circuit Judge Elizabeth Scherer told the 12 jurors Wednesday, emphasizing that “a human life is at stake.”

After hearing her instructions, the jurors were escorted from the courtroom to begin sequestered deliberations. Survivors of the shooting were among those watching in the courtroom.

Scherer had counseled jurors on Tuesday to bring “at least a few days” of clothing and medication to have with them during deliberations.

Under Florida law, a jury must be unanimous in its decision to recommend that a judge sentence Cruz to be executed.

Scherer took about an hour Wednesday to instruct the jurors on the law governing their decision. That requires them to decide whether there were aggravating factors such as having committed an especially heinous crime, and whether they outweigh mitigating circumstances such as Cruz’s lifelong mental struggles.

The penalty trial began in July and has included testimony from survivors of the shooting as well as cell phone videos in which terrified students cried for help or spoke in hushed whispers as they hid. The defense called witnesses who testified about Cruz’s mental health disorders resulting from his biological mother’s substance abuse during pregnancy.

Cruz was 19 and had been expelled from Marjory Stoneman Douglas at the time of the massacre. In his guilty plea, he said he was “very sorry” and asked to be given a chance to help others. 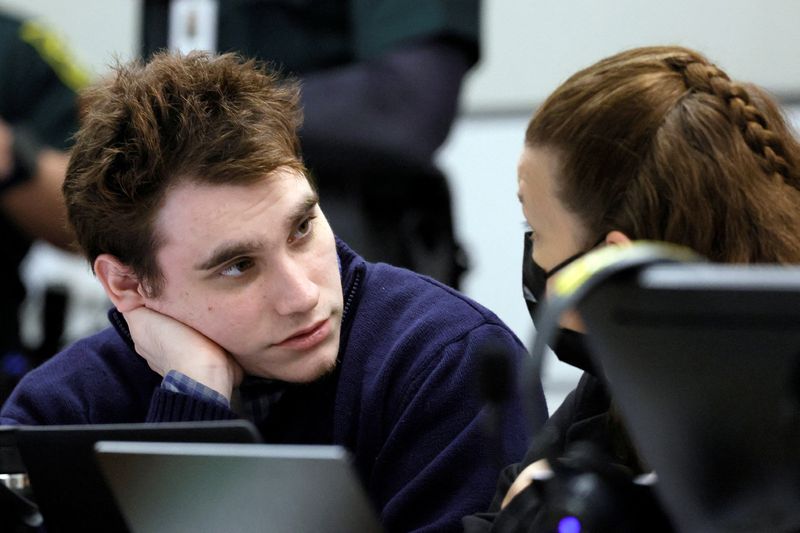