WASHINGTON (Reuters) – The U.S. Treasury is investigating whether Florida Governor Ron DeSantis improperly used federal funds to pay for flights transporting migrants from Texas to Massachusetts, the department confirmed in a letter to U.S. lawmakers on Wednesday.

The Republican governor took credit for flying about 50 migrants last month to the island of Martha’s Vineyard, off the coast of Massachusetts, in a move intended to draw more attention to the rise in crossings at the U.S.-Mexico border ahead of the Nov. 8 midterm elections.

Democrats and migrant rights advocates decried the move, as well as a campaign by Texas and Arizona that bused thousands of migrants to cities, including Washington, New York and Chicago, as using people as “political pawns.”

DeSantis, who is up for re-election in November and is also seen as a potential 2024 White House contender, said the flights were organized to call attention to Democratic President Joe Biden’s immigration policies.

Democratic Senator Ed Markey and other federal lawmakers from Massachusetts sent a letter to the Treasury shortly after the flights, asking it to examine whether DeSantis used interest from federal COVID-19 loans to pay for the flights.

Related News:   Pro-Prostitution Bills Might Worsen Human Trafficking, Advocates Say, But One Argues It May Be Part Of The Solution

The Treasury has asked for more details on how Florida used money obtained or derived from a fund intended to support states during the COVID-19 outbreak, according to a response to the lawmakers from Richard K. Delmar, deputy inspector general for the department.

Investigators will rule on whether Florida used interest from the fund for the flights and whether this is permitted, Delmar said, adding they “will get this work underway as quickly as possible.”

DeSantis’ office did not immediately reply to a Reuters request for comment.

In a statement on Wednesday, Markey said he applauded the department’s swift response.

“For the sake of the migrants who were lured onto charter planes under false pretenses, and for the commendable Commonwealth residents who rallied together to offer support, I hope that this investigation sheds light on whether Governor DeSantis misused funds that were intended for COVID relief for Floridians,” he said.

A Texas county sheriff last month opened a criminal investigation into the flights.

(Reporting by Moira Warburton in Washington; Editing by Scott Malone and Aurora Ellis) 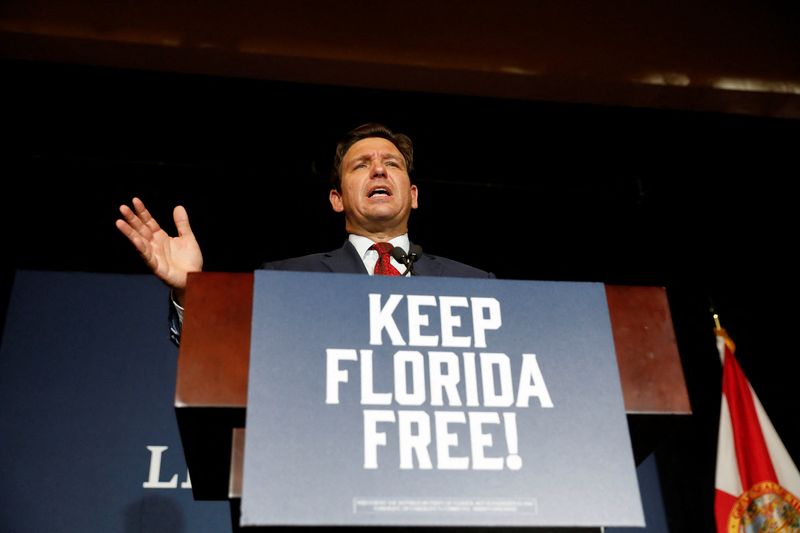 Haitians in the U.S. feel pressure to sponsor friends, family back home

Haitians in the U.S. feel pressure to sponsor friends, family back home