WASHINGTON (Reuters) -The U.S. government is considering a plan to jointly produce weapons with Taiwan, a business lobby said on Wednesday, an initiative intended to speed up arms transfers to bolster Taipei’s deterrence against China.

U.S. presidents have approved more than $20 billion in weapons sales to Taiwan since 2017 as China has ramped up military pressure on the democratically self-governed island Beijing claims as its own territory.

But Taiwan and the U.S. Congress have warned of delivery delays because of supply chain difficulties and backlogs caused by increased demand for some systems due to the war in Ukraine.

“It’s right at the beginning of the process,” Rupert Hammond-Chambers, president of the U.S.-Taiwan Business Council, which counts numerous U.S. defense contractors as members, said of the plan.

Hammond-Chambers said it was yet to be determined which weapons would be considered as part of the effort, though it would likely focus on providing Taiwan with more munitions and long-established missile technology.

But he cautioned that any such move would require weapons makers to obtain co-production licenses from the State and Defense departments. Hammond-Chambers added there could be resistance within the U.S. government to issuing co-production licenses due to uneasiness about approving critical technology for a foreign platform.

“It’s a piece of the puzzle, not a game changer,” Hammond-Chambers told Reuters after Japan’s Nikkei newspaper first reported on the plan, citing three unnamed sources.

Asked about the effort, a U.S. State Department spokesperson said: “The United States is looking at all options to ensure the rapid transfer of defensive capabilities to Taiwan.”

“The United States’ swift provision of Taiwan defensive weaponry and sustainment via Foreign Military Sale and Direct Commercial Sale is essential for Taiwan’s security and we will continue to work with industry to support that goal,” the spokesperson said.

News of the plan came after U.S. Secretary of State Antony Blinken told a forum at Stanford University on Monday that “Beijing was determined to pursue reunification (with Taiwan) on a much faster timeline,” though he did not specify a date.

China’s leader Xi Jinping said on Sunday that China would never renounce the right to use force over Taiwan, but that it would strive for a peaceful resolution.

Taiwan’s presidential office said this week Taiwan would not back down on its sovereignty and would not compromise on freedom and democracy, but that meeting on the battlefield was not an option.

U.S. officials have been pushing Taiwan to modernize its military so it can become a “porcupine,” hard for China to attack.

U.S. officials have criticized Beijing for using a visit by U.S. House Speaker Nancy Pelosi to Taiwan in August as a pretext to change the status quo across the Taiwan Strait by ramping up nearby military drills. 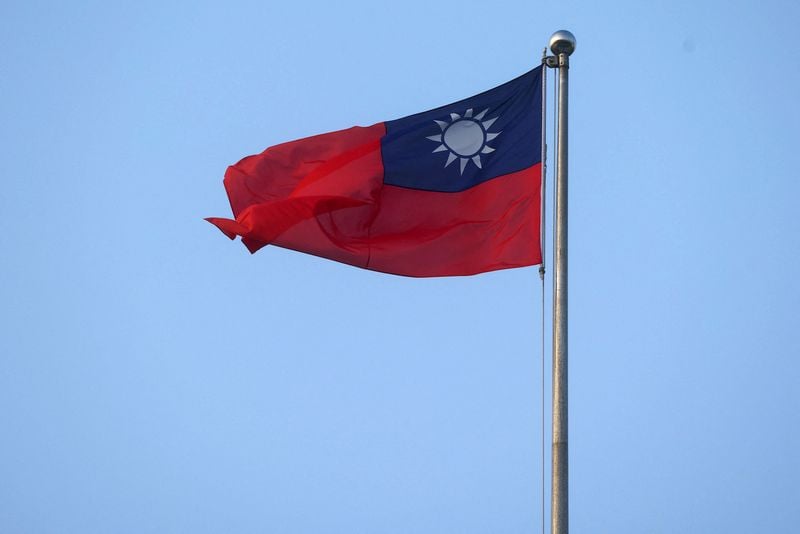