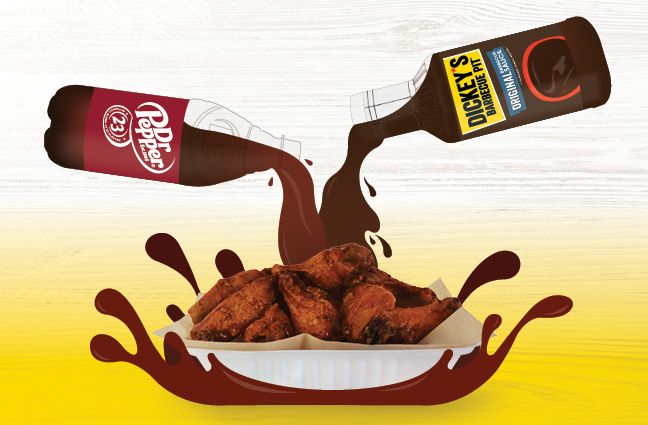 Dallas, TX  (-)  Dickey’s Barbecue Pit has been serving iconic premium meats, savory Southern sides for 80 years, and the world’s largest barbecue concept is dedicated to celebrating its anniversary with fans every day this year!

To keep the party going, Dickey’s kicked off its newest anniversary promotion with the launch of several limited-time items – Sweet & Smoky Pit-Smoked Wings with Dr Pepper Barbecue Sauce and the return of Brisket Chili. The authentic, Texas-style chili can be enjoyed as a premium side item or as a savory topper on a variety of menu classics such as Mac Stacks, Bakers or Frito Pie. The Texas-style barbecue brand is also inviting guests to join the milestone celebration with Birthday Cake Marshmallow Treats.

Dickey’s has also released a new commemorative Big Yellow Cup from its limited-edition Anniversary series. The Clear Big Yellow Cup will support The Dickey Foundation and be available to purchase until Sept. 30. 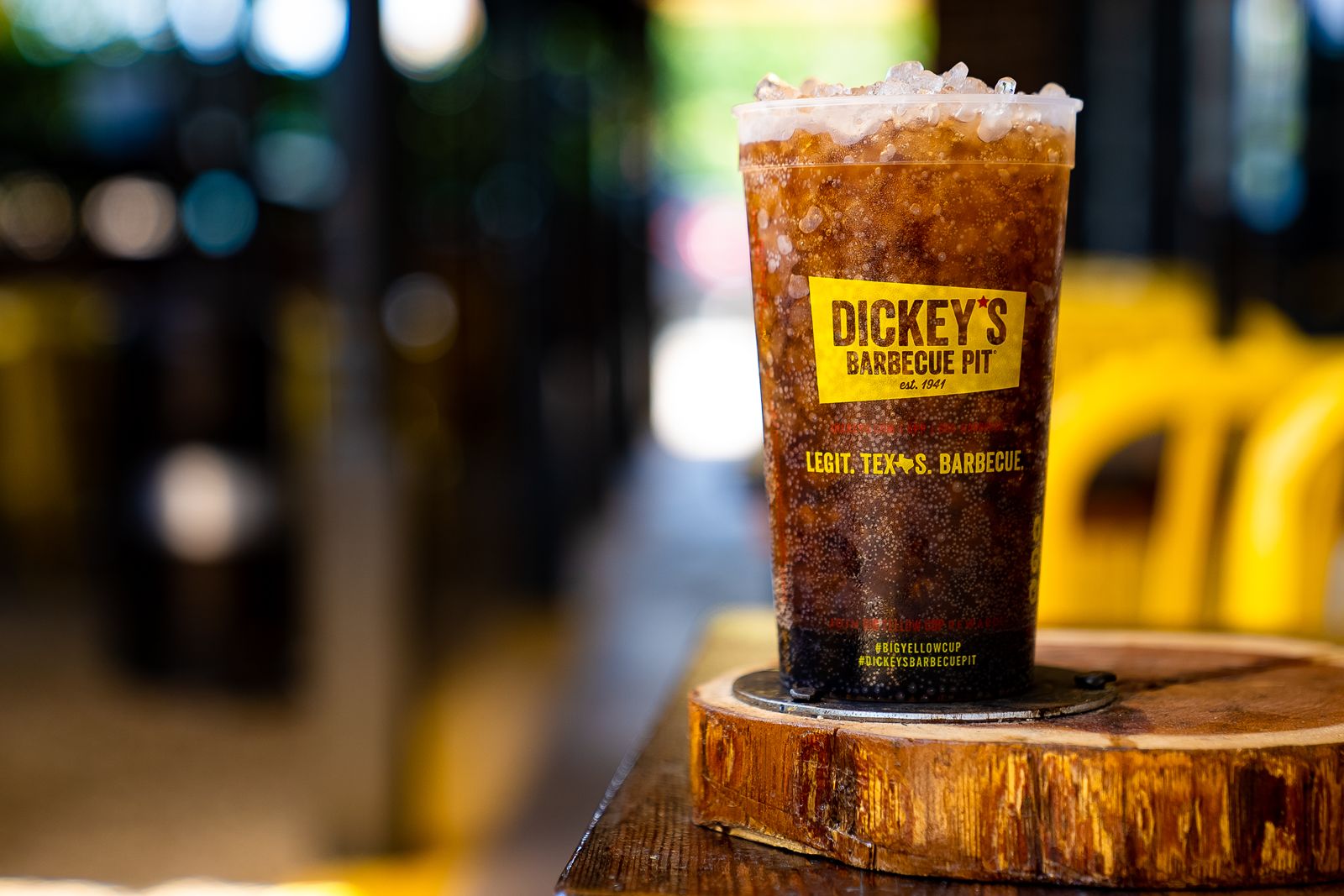 To celebrate 29,280 days of serving pit-smokin’ Legit.Texas.Barbecue.™, Dickey’s is also offering the 80th Anniversary Meal. Barbecue fans can enjoy a Pulled Pork Classic Sandwich, choice of side and a Birthday Cake Marshmallow Treat for just $8.80.

“We are so excited to continue the celebration of this amazing accomplishment,” said Laura Rea Dickey, CEO of Dickey’s Barbecue Restaurants, Inc. “We are blessed and honored to be able to say we’ve served our barbecue lovers for 80 years. We look forward to continuing to give back to everyone who has gotten us this far, and to serving Legit. Texas. Barbecue.™ for another 80 years!”

Dickey’s Barbecue Restaurants, Inc., the world’s largest barbecue concept, was founded in 1941 by Travis Dickey. For the past 80 years, Dickey’s Barbecue Pit has served millions of guests Legit. Texas. Barbecue.™ At Dickey’s, all our barbecued meats are smoked onsite in a hickory wood burning pit. Dickey’s proudly believes there’s no shortcut to true barbecue and it’s why they never say bbq. The Dallas-based, family-run barbecue franchise offers several slow-smoked meats and wholesome sides with ‘No B.S. (Bad Stuff)’ included. Dickey’s has over 550 locations across the United States and six other countries and is on track to have over 600 locations by the end of 2021.

In 2016, Dickey’s won first place on Fast Casual’s “Top 100 Movers and Shakers” list, was named a Top 500 Franchise by Entrepreneur in 2018 and was named to Hospitality Technology Industry Heroes in 2021. Led by CEO Laura Rea Dickey, who was named among the country’s 50 most influential women in foodservice in 2020 by Nation’s Restaurant News and was recognized as one of the top 25 industry leaders on Fast Casual’s 2020 Top 100 Movers and Shakers list, Dickey’s Barbecue Pit has also been recognized by Fox News, Forbes Magazine, Franchise Times, The Wall Street Journal and QSR Magazine. For more information, visit www.dickeys.com.