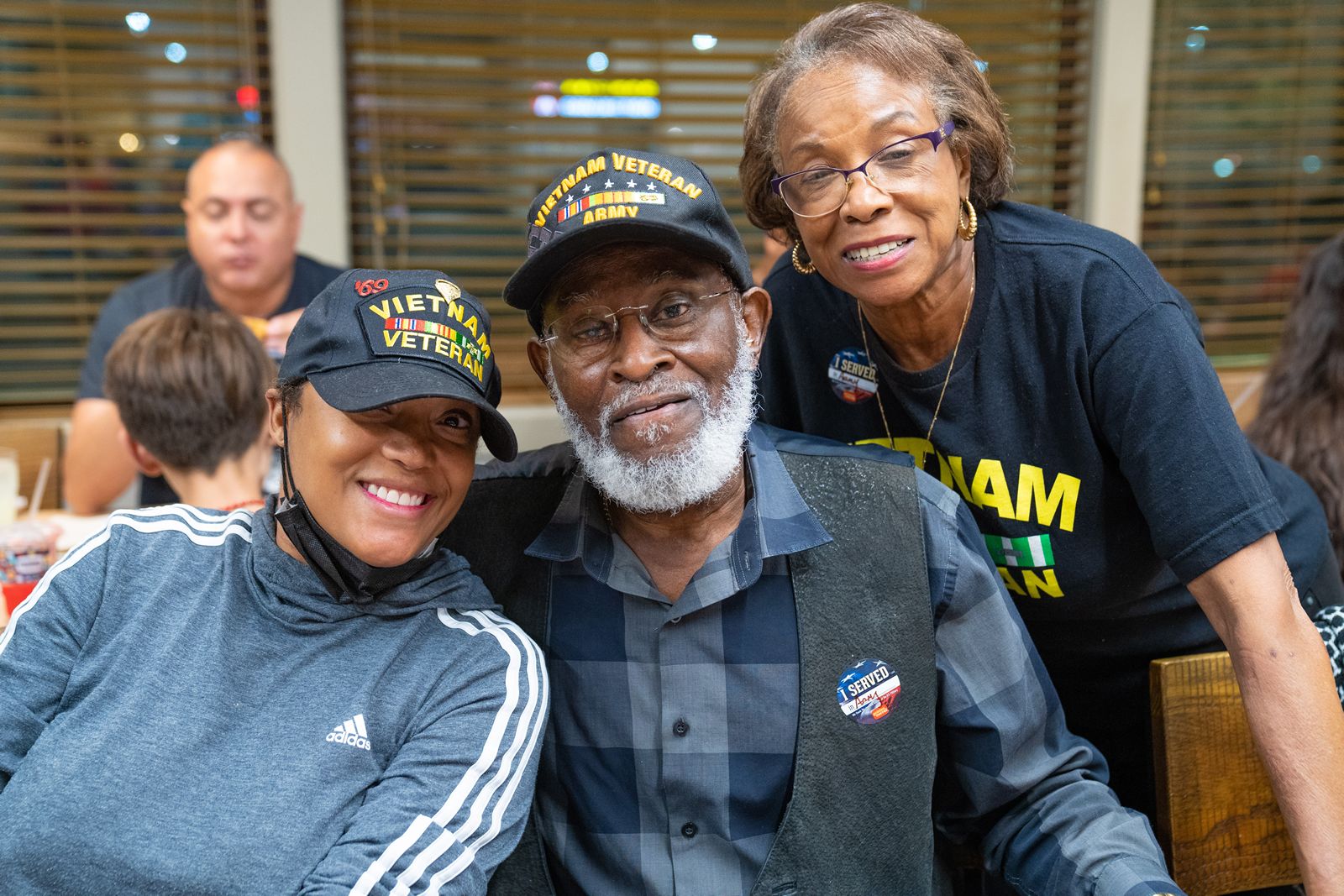 Raleigh, NC  (-)  For the past 21 years, Golden Corral has supported the U.S. military members who serve our country through its annual Military Appreciation Night.

As a way to honor America’s military heroes, Golden Corral continued its annual tradition last night by serving a complimentary “thank you” meal to active duty U.S. military personnel and veterans on Military Appreciation Night, in addition to partnering with DAV (Disabled American Veterans) in the weeks leading up to Veterans Day.

As a result of Golden Corral’s systemwide fundraiser, the nation’s largest buffet restaurant chain raised a total of $17 million for DAV, a nonprofit charity that provides a lifetime of support for veterans of all generations and their families, helping more than 1 million veterans in positive, life-changing ways each year.

“We are honored to once again show our appreciation for the brave men and women who serve our country,” said Golden Corral President and CEO Lance Trenary. “Serving those who have served our nation on our behalf during our annual Military Appreciation Night is something our restaurant teams look forward to every year.”

A tradition that started 21 years ago to celebrate our nation’s heroes, Golden Corral’s Military Appreciation Night has served over 6 million complimentary meals to military personnel and generated over $17 million in guest contributions to support community-based service initiatives for veterans through DAV.

Golden Corral’s legendary endless buffet features an abundant variety of quality, made-from-scratch food for breakfast, lunch and dinner. Guests can choose from over 100 items including USDA grilled to order steaks, pork, seafood and shrimp alongside traditional favorites like pot roast, fried chicken, meatloaf, mashed potatoes, mac and cheese, fresh salads and more. Golden Corral is a restaurant where there’s something for everyone and guests can come together to eat as they please.

Founded in 1973 and based in Raleigh, N.C., Golden Corral is the nation’s largest buffet restaurant chain. Golden Corral strives to make pleasurable dining affordable for all families. While its commitment begins each day with preparing delicious food, Golden Corral also believes in providing outstanding hospitality and giving back. Service to others is a hallmark of the Golden Corral brand. Golden Corral restaurants nationwide have long been strong supporters of the U.S. Military and DAV (Disabled American Veterans). Golden Corral is also the founding sponsor of Camp Corral, a 501 (c) (3) tax-exempt, nonprofit corporation, which provides free, one-of-a-kind summer camp experiences for children of wounded, injured, ill or fallen military service members. For more information, visit goldencorral.com and follow Golden Corral on Facebook, Instagram and Twitter.