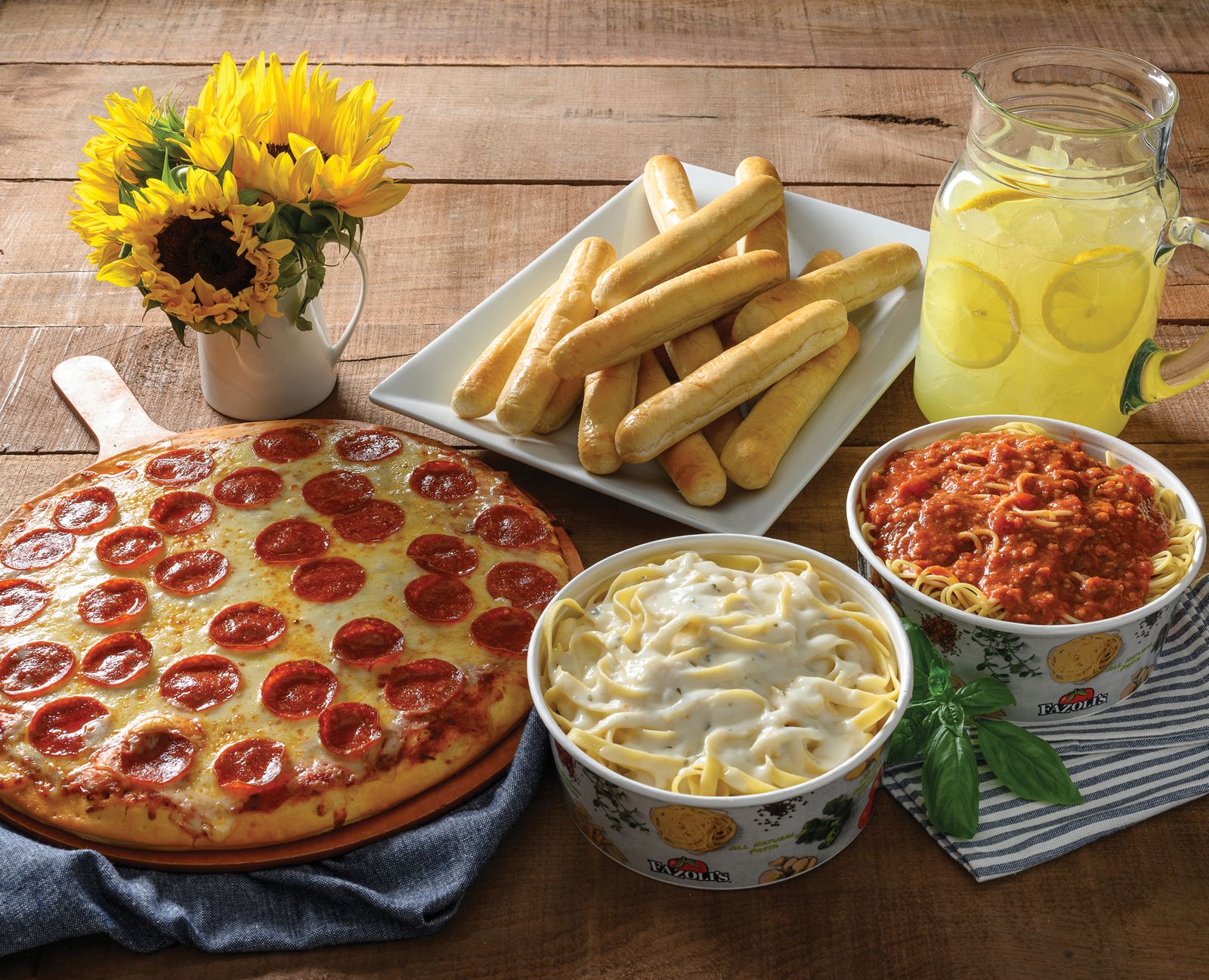 In the first quarter alone, Fazoli’s broke more than 200 weekly sales records and topped monthly records with double-digit month-over-month sales and traffic in January, February and March. Sales for March are up 85% and traffic is up 78% compared to the year prior and 34% over March 2019, respectively. The week ending March 24, the iconic Italian brand hit another all-time record for the entire system with company locations averaging $34,821 per restaurant, which shattered other weekly records by more than 8%.

The end of Q1 also marks the end of Fazoli’s fiscal year. The renowned, Lexington-based brand began its fiscal year last April with company sales down 18% and systemwide sales down 23%. During the onset of the pandemic, the brand pivoted quickly and went on the offense, emerging from its sales decline with a vengeance. To date, since May of last year, the brand has celebrated record-breaking sales, with same store sales up 18.2% and traffic up over 15% for the company. Fazoli’s ended its fiscal year up nearly 10% in sales and 4% in traffic for the system.

“Our brand had an outstanding Q1 on every front,” said Fazoli’s CEO Carl Howard. “I can’t thank our team enough for their unrelenting hard work that clearly brings in results. These record-breaking sales are a direct influence of our leadership, taking great care of our people and truly living the Fazoli’s values – great guest service is what we do; people come first; teamwork makes the difference; and pursuit of excellence is never ending.”

The brand’s focus on menu innovation and value continues to drive success. Fazoli’s kicked off the new year with the launch of its Lifestyle Menu, which features craveable keto and gluten-friendly dishes. The new menu items joined Fazoli’s lineup of other fresh, delicious offerings at an unmatched value that have been consistent sales drivers, like its Super Family Meal,5 Under $5 promotion and the addition of wings (both on Fazoli’s core menu and through its new virtual wing concept, Wingville).

On the development side, Fazoli’s signed a record 11 area development agreements in Q1 to add 36 new locations to its pipeline. In total during Fazoli’s fiscal year, the brand signed 20 new franchise agreements to develop 50 locations. This number surpasses the most agreements the brand has signed in a single year in its 33-year history. In the first three months of 2021, Fazoli’s opened three new locations in Statesboro, Georgia, Sioux City, Iowa and Clermont, Florida. Two of the recent openings were the results of franchisees taking advantage of the brand’s unrivaled conversion strategy.

Since June, the brand has been maximizing development through its 2020 Franchise Incentive Program, which encourages challenged quick-service or fast-casual restaurant operators to convert their existing shells into a Fazoli’s. With the conversion incentive, franchisees can sign a short five-year term, versus the typical 15-year commitment, with zero down payment, zero franchise fees and zero royalty fees in the first year. Fazoli’s also relaxed many of its conversion requirements so operators can get a 2,000- to 3,500-square-foot restaurant open for under $350,000.

The brand has 11 conversions targeted for the new fiscal year, with even more on the horizon. For the remainder of 2021, Fazoli’s is on track for a record-breaking number of openings with 10 to 15 new locations expected to open during the calendar year, the most in over a decade. Looking ahead, the brand expects to add another 25-30 units, the most in over two decades.

Founded in 1988 in Lexington, Ky., Fazoli’s owns and operates nearly 220 restaurants in 28 states, making it the largest premium QSR Italian chain in America. Fazoli’s prides itself on serving premium quality Italian food, fast, fresh and friendly. Menu offerings include freshly prepared pasta entrees, Submarinos® sandwiches, salads, pizza and desserts – along with its unlimited signature breadsticks. Fazoli’s is a winner of FastCasual and Steritech’s 2020 Excellence in Food Safety Award and was named one of the “Top 200 Franchises in 2021” by Franchise Business Review, a FastCasual “Brand of the Year,” and an Entrepreneur 2018 “Franchise 500.” CEO Carl Howard was named among the most influential restaurant CEOs in the country in 2020 by Nation’s Restaurant News, was recognized as one of the top 25 industry leaders on FastCasual’s 2020 Top 100 Movers and Shakers list, and he and his team were recipients of the 2020 American Business Awards Gold Stevie Awards in Food & Beverage for Company of the Year, Achievement in Management and Human Resources Team of the Year.