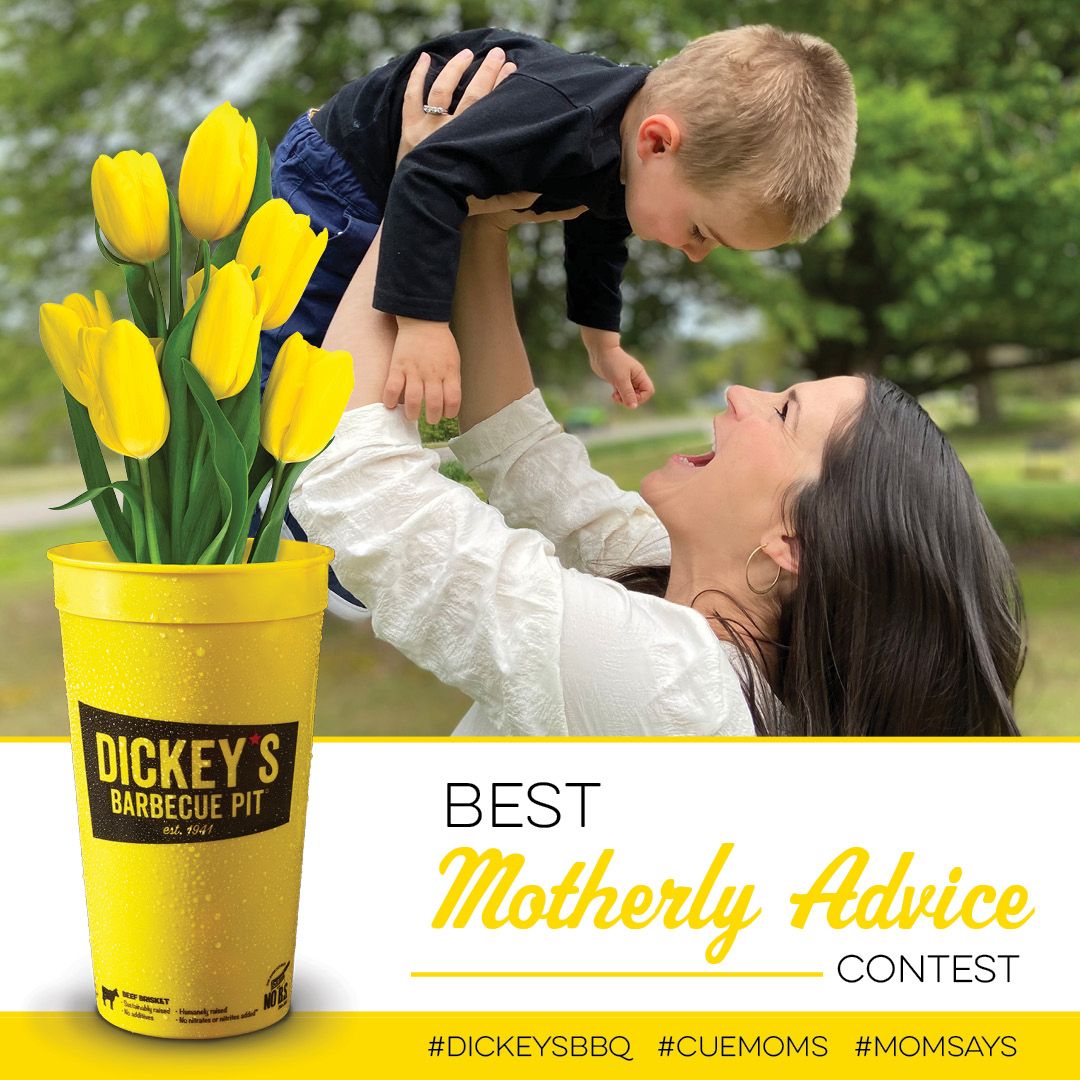 From now until May 9, Dickey’s is honoring moms nationwide by encouraging fans to share the best motherly advice they’ve ever received or given. To enter Dickey’s Best Motherly Advice Contest, fans must follow Dickey’s on social media (@Dickeysbarbecuepit) and share their wise words on their personal Facebook, Instagram or Twitter profile using the hashtag #DickeysBBQ and either #CueMoms or #Momsays. For a bonus entry, fans can post a picture of mom with a Big Yellow Cup. Then, on May 10, a winner will be chosen at random to receive free slow-smoked barbecue for a year.

“Family is at the core of everything we do at Dickey’s, so Mother’s Day is a very special holiday for our brand,” said Laura Rea Dickey, CEO of Dickey’s Barbecue Restaurants, Inc. “We look forward to hearing all of the wonderful advice our fans have given or received over the years and can’t wait to give the gift of our delicious Texas-style barbecue.”

Dickey’s Barbecue Restaurants, Inc., the world’s largest barbecue concept, was founded in 1941 by Travis Dickey. For the past 80 years, Dickey’s Barbecue Pit has served millions of guests Legit. Texas. Barbecue.™ At Dickey’s, all our barbecued meats are smoked onsite in a hickory wood burning pit. Dickey’s proudly believes there’s no shortcut to true barbecue and it’s why they never say bbq. The Dallas-based, family-run barbecue franchise offers several slow-smoked meats and wholesome sides with ‘No B.S. (Bad Stuff)’ included. The fast-casual concept has expanded worldwide with two international locations in the UAE and operates over 500 locations in 44 states. In 2016, Dickey’s won first place on Fast Casual’s “Top 100 Movers and Shakers” list and was named a Top 500 Franchise by Entrepreneur in 2018. Dickey’s Barbecue Pit has also been recognized by Fox News, Franchise Times, The Wall Street Journal, QSR Magazine, Forbes Magazine and Nation’s Restaurant News. For more information, visit www.dickeys.com.