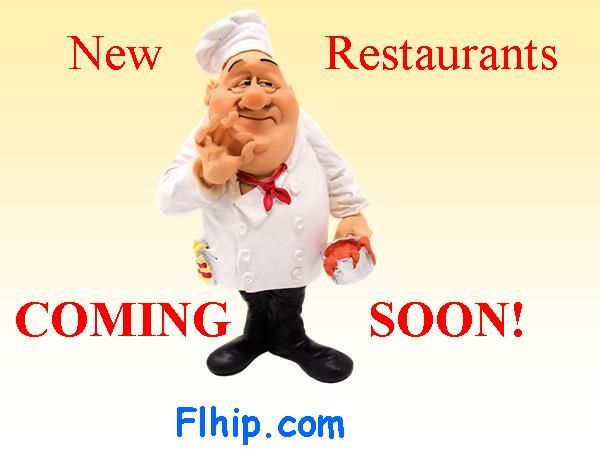 (RestaurantNews.com)  Flhip.com has released its latest restaurant openings report, providing restaurant vendors with a sampling of fresh sales and marketing leads that can be found on their website.

Click on the map above to see how Flhip can get you in the door first of new restaurants!

Orlando, FL – Gordon Ramsay Fish & Chips
Celebrity Chef Gordon Ramsay is opening a restaurant in Orlando. The TV chef known for shows like “Hell’s Kitchen” and “MasterChef” posted to Instagram that he was bringing Fish & Chips to ICON Park on International Drive this summer. This will be his very first Fish & Chips restaurant outside of Las Vegas.

Walnut Creek, CA – Table at 7
The Bay Area’s burgeoning Singaporean food scene is heating up with a new restaurant from Singapore’s oldest cafe chain, which is coming to Walnut Creek with creative dishes like laksa raviolo. The effort comes from Killiney Kopitiam, which debuted in Singapore in 1919 and is well-known for traditional eats like kaya toast and laksa, and chef Nora Haron, who has gained a local following for her modern approach to Singaporean and Indonesian flavors. The new restaurant, Table at 7, is set to open in June in the former Prima space downtown.

Houston, TX – ZaLat Pizza
ZaLat Pizza, 510 Gray, will open its first Houston location this summer. The Dallas-based pizza concept has a cult following among its fans. Its team members are termed “Zealots” for their dedication to the quality of the pizza the company serves. and can even receive a free “Zealot” tattoo on their first anniversary of working with the company, if so desired.

Cordova, TN – Wayback Burger
The first Memphis Wayback Burgers location will open at 465 N. Germantown Road in Cordova. It is expected to open in August. Founded in 1991 in Newark, Delaware, Wayback Burgers is a Connecticut-based fast-casual franchise with a reputation for cooked-to-order burgers and thick, hand-dipped milkshakes. Anthony Franklin is the franchisee bringing the burger chain to Memphis.

For more information or to view the leads in your area, please visit Flhip.com