The supplier of gases such as oxygen, nitrogen and hydrogen to factories and hospitals, posted sales of 8.25 billion euros ($8.15 billion) in the third quarter, up 8.3% from a year earlier, and beating the 8.11 billion average forecast from a company-provided consensus.

“In terms of geographies, activity was particularly strong in the Americas and Asia, and was more contrasted in Europe,” the company said in a statement.

Revenues in Europe dropped 0.2% comparatively, particularly in the large industries segment which was hit by slowing demand from steel and chemical customers, Air Liquide said.

The euro zone is likely entering a recession with business activity contracting in October at its fastest pace in nearly two years, a business survey showed, with factories particularly hit as energy prices soar while supply chains are disrupted from the COVID-19 pandemic and an additional hit from Russia’s war in Ukraine.

Air Liquide had in September announced its plan to withdraw from Russia, adding it had signed an agreement to shift its assets in the country to local management.

The group on Tuesday said its large industries segment, which supplies gases to industrial customers in metals, chemicals, refining and energy, contracted by 27.5% in Europe, on a comparable basis.

Air Liquide confirmed its outlook for the year, of a further increase in its operating margin, and recurring net profit growth at constant exchange rates.

Its 12-month investment opportunities stood at 3 billion euros, the firm said, adding that 40% of those are related to the energy transition. The group is hoping to benefit from the shift to green energy, and has signed multiple deals this year including the formation of a joint venture with Siemens Energy to produce renewable hydrogen electrolyzers in Europe. 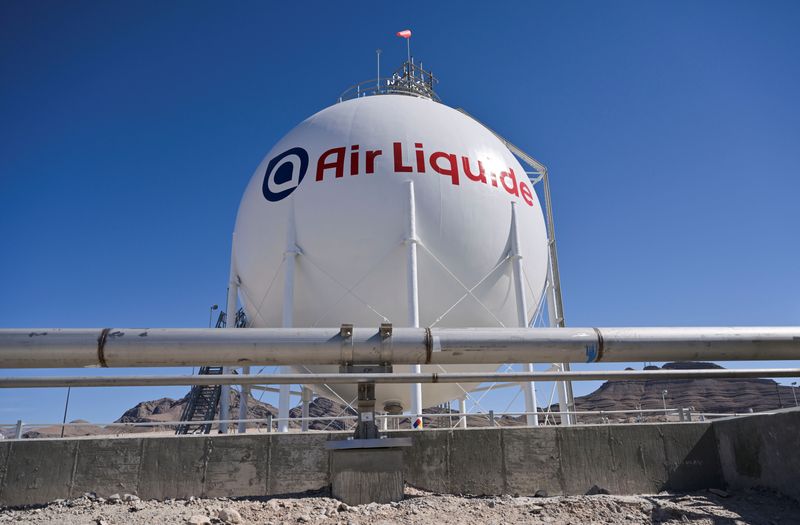