WASHINGTON (Reuters) – The U.S. trade deficit in goods widened sharply in September, likely as a strong dollar and softening global demand weighed on exports, but that did not change expectations that trade led an anticipated rebound in economic growth in the third quarter.

The Federal Reserve is aggressively hiking interest rates to tame inflation, boosting the dollar and curbing spending. The data was published ahead of the release on Thursday of the government’s advance estimate of third-quarter GDP.

The goods trade deficit increased 5.7% to $92.2 billion last month. September’s increase reversed only a portion of the prior months’ declines, leaving the gap considerably smaller in the third quarter. Trade and consumer spending were the economy’s only bright spots in the second quarter.

According to a Reuters survey of economists, GDP likely rebounded at a 2.4% annualized rate in the third quarter after shrinking at a 0.6% pace in the April-June quarter. The economy contracted in the first half of 2022, but is not in recession, with more than 2.5 million jobs created during that period.

Shipments of industrial supplies, which include crude oil, fell 3.1%. Exports of consumer goods also declined. But there were increases in exports of capital goods, motor vehicles and other goods.

The dollar has gained nearly 11% against the currencies of the United States’ main trade partners this year, which could make American goods less competitive, but help in the fight against inflation.

The Fed has raised its benchmark overnight interest rate from near zero in March to the current range of 3.00% to 3.25%, the steepest pace of policy tightening in a generation or more.

Goods imports rose 0.8% to $269.8 billion. They were lifted by a 4.4% jump in imports of capital goods, which bodes well for business spending on equipment. There were also increases in imports of motor vehicles and consumer goods, likely as businesses stocked up for the holiday season. But imports of food, industrial supplies and other goods fell.

Stocks on Wall Street were trading higher. The dollar fell against a basket of currencies. U.S. Treasury prices rose.

“While the stronger dollar has helped both to temper the cost pressures created by rising global food and energy prices and to narrow the nominal trade deficit, it is almost certain to contribute to weaker net exports over the coming year,” said Mark Hopkins, a senior economist at Moody’s Analytics in West Chester, Pennsylvania. “Slowing economic growth abroad, and the rising risk of global recession is likely to further erode real net trade and its contribution to domestic production.”

But with trade flows still well below pre-pandemic levels, a significant deterioration in the trade deficit is not expected.

The Commerce Department also reported that wholesale inventories increased 0.8% last month after advancing 1.4% in August. Stocks at retailers gained 0.4% after rising 1.4% in August. Retailers are finding themselves saddled with excess merchandise, a function of both easing supply chain bottlenecks and slowing demand for goods, forcing them to offer discounts.

Inventories were the biggest single drag on GDP in the second quarter. Economists expect a neutral impact in the third quarter. Higher borrowing costs continued to exert downward pressure on the housing market, weighing on the economy.

A second report from the Commerce Department on Wednesday showed new single-family home sales decreased 10.9% to a seasonally adjusted annual rate of 603,000 units in September.

Sales plummeted 17.6% on a year-on-year basis in September.

The 30-year fixed mortgage rate averaged 6.94% last week, the highest in 20 years, up from 6.92% in the prior week, according to data from mortgage finance agency Freddie Mac.

The median new house price in September was $470,600, a 13.9% jump from a year ago. There are, however, signs that the ebbing demand for homes is cooling house price inflation. 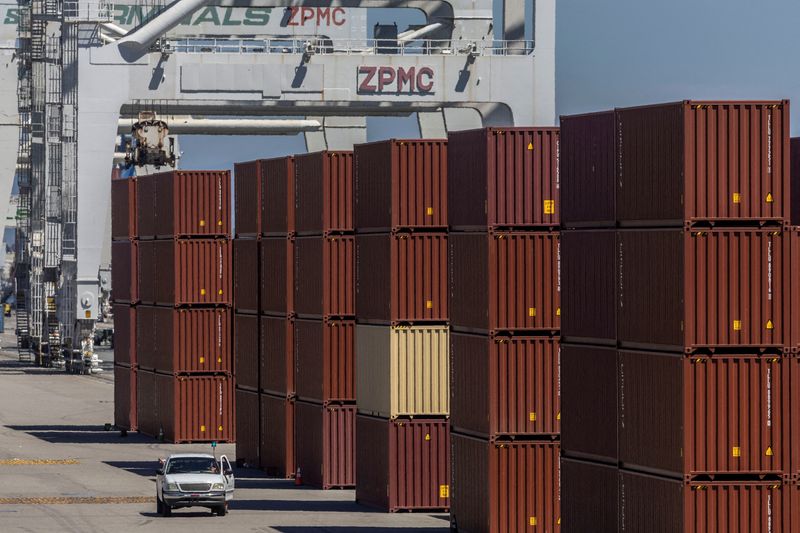