WELLINGTON (Reuters) – New Zealand’s jobless rate held at 3.3% in the third quarter, and wage inflation hit its highest level on record, adding to expectations the central bank will increase interest rates by a historic 75 basis points at its next meeting.

Data released by Statistics New Zealand on Wednesday highlighted a tight labour market, with an increase in the number of people looking for work seeing employment surge 1.3%.

“The labour market remains too tight,” said Kiwibank economists in a note, adding workers are putting in more hours and firms are hiring from a broader set of people.

“Firms are taking anyone that they can get.”

The tight employment market is in part due to a lack of immigrants into New Zealand during the COVID-19 pandemic, which hasn’t improved much even after the country fully reopened its borders in August due in part to lengthy visa processing times.

“We’re also seeing a steady return of key labour sources, with over 14,400 working holiday visitors arriving in country, out of the 34,000 approved since March and thousands more are expected to arrive in the coming months,” she said in a speech to chief executives at a dinner hosted by lobby group BusinessNZ.

The job market tightness saw wage inflation hit its highest levels since the survey began in 1993 with third-quarter seasonally adjusted private sector wages up 3.8% on the previous year.

Wage inflation highlights the extent of the challenge that the Reserve Bank of New Zealand (RBNZ) faces bringing inflation under control, Michael Gordon, acting chief economist at Westpac said in a note.

“There is no room for relenting on the path to higher interest rates yet,” he said.

New Zealand inflation is running at 7.2%, far above the central bank’s target of 1-3% over the medium term.

The upbeat jobs report and expectations for a supersized rate hike this month underpinned the New Zealand dollar, which was trading at $0.5866 in the Asian afternoon.

The central bank in October lifted interest rates to a seven-year high of 3.5% and promised more hikes to come. The market is currently pricing in a 70% chance the central bank will increase the cash rate by 75bps at its next meeting.

RBNZ Deputy Governor Christian Hawkesby told a media conference the employment and wage data had come in broadly consistently with the central bank’s most recent projections.

“We have a very strong, a very hot labour market. And to achieve our monetary policy objectives, we need to ensure that demand cools such that it can keep pace with the supply,” said Hawkesby. 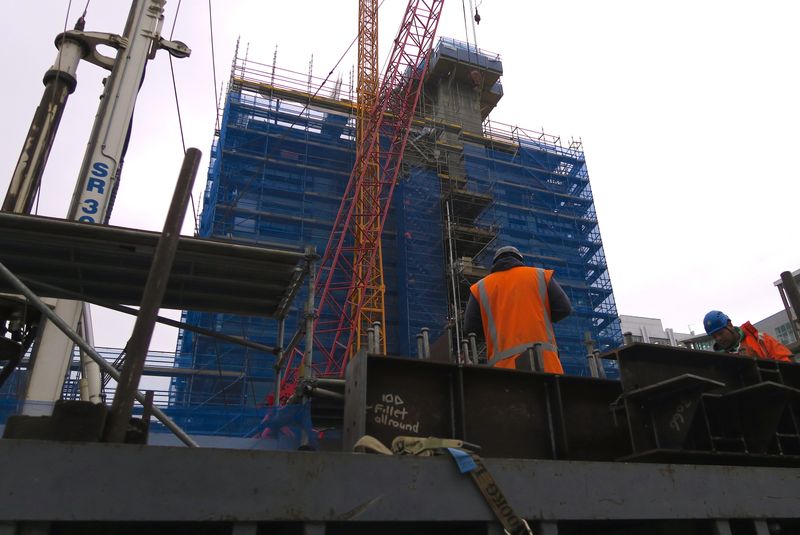