By James Davey and Rachel More

LONDON/BERLIN (Reuters) -European retailers fear this Christmas could be the worst in at least a decade as shoppers cut spending while the costs of doing business show no sign of abating, squeezing profit margins.

Despite enduring two Christmases under social restrictions linked to the COVID-19 pandemic, households are looking to spend less this festive season, both on gifts and socialising, as double-digit inflation dents their purchasing power.

Consumer confidence is also at or close to the gloomiest on record as soaring energy bills add to the spiralling cost of living.

“Today, it is the European consumer I am most worried about,” Dirk Van de Put, CEO of Cadbury chocolate maker Mondelez International Inc, said this week.

In Germany, the HDE retail association is forecasting the strongest slump in Christmas sales since 2007, with retail sales in the crucial November-December period seen dropping by 4% year on year on a price-adjusted basis.

“This remains a difficult time for retail companies,” said HDE managing director Stefan Genth, noting that retailers – faced with higher labour and energy bills and a stronger dollar pushing up purchasing costs – did not have the luxury of being able to offer discounts.

“In retail, we have absolutely nothing to give away these days because the costs are rising for us just as much,” he said.

In the United Kingdom, a raft of surveys indicate half or more Britons plan to spend less this Christmas. Should September’s sharp drop in retail sales be repeated in December, it would be the worst outcome since comparable annual records began in 1989.

“Retailers are facing possibly their toughest festive season in a decade as shoppers look to trade down, search out bargains and purchase less to meet the economic challenges ahead,” Paul Martin, KPMG’s head of retail said.

In the United States, the National Retail Federation (NRF) has forecast holiday sales rising at a slower pace this year, while Amazon expects its slowest revenue growth for any holiday in years, highlighting Europe as a particular pain point.

SPREADING THE COST OF CHRISTMAS

Several UK retailers – including food and clothing group Marks & Spencer, supermarket Sainsbury’s and fashion retailer Primark – have said Britons are trying to spread the cost of Christmas, buying gifts early to avoid a squeeze in December. They are also trading down more to discounters, with data from consultants McKinsey showing the trend is particularly evident in household products, frozen foods and snacks and confectionary. Discounters Aldi UK and Lidl GB are currently Britain’s fastest growing food retailers.

“In times of anxiety and worry, trying to do something for your loved ones, for your kids, buying them nice seasonal chocolates or biscuits is a very normal thing to do,” he said.

In France, Cartier held back on splashy marketing for the October reopening of its flagship store on Rue de la Paix in Paris.

“We knew that the atmosphere in Europe, whether it’s in London or Paris, would be rather subdued,” Cartier boss Cyrille Vigneron said Friday.

A Spanish association of major consumer goods companies in a recent survey found 77% of retailers in the country, home to Mercadona and El Corte Ingles, are trying to reduce margins and improve efficiency in order to keep prices stable.

“People are looking for discounts, but retailers are seeing a general increase in their costs and are having to raise prices,” Acotex chief Eduardo Zamacola told Reuters.

Meanwhile, 68% of Italians plan to cut back on purchases between now and the end of the year and nearly half plan to cut spending on Christmas gifts, according to a survey conducted in October by Italian small retail association Confesercenti and SWG polling institute.

While Christmas 2022 looks extremely tough, market conditions in the 2023-24 financial year look set to be even worse as any savings consumers built up during the pandemic are wiped out and retailers face the most marked rise in the cost of doing business for many years. 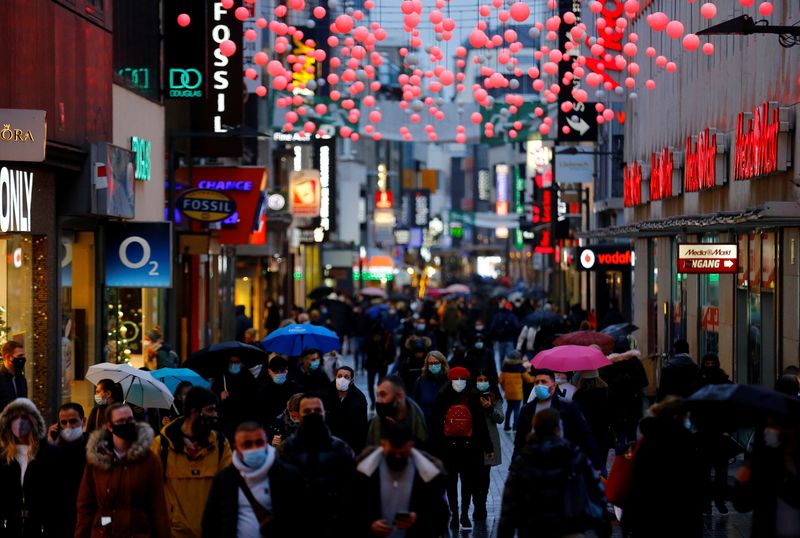