(Reuters) – Roche’s Alzheimer’s drug candidate could not be shown to slow dementia progression in two drug trials, leaving rivals Biogen and Eisai as leaders in a high-stakes race to launch a treatment for the memory-robbing disease.

Roche said in a statement on Monday that twin studies known as Graduate 1 and 2 had not reached their main goal of showing that the drug gantenerumab could preserve abilities such as remembering, solving problems, orientation and personal care in patients suffering from early stages of Alzheimer’s disease.

The Swiss drugmaker conducted two identically designed studies, each with about 1,000 participants, who were examined and queried by physicians over more than two years. Within each study, volunteers were randomly assigned to receive either the injectable antibody drug gantenerumab or a placebo.

The drug was associated with a relative reduction in clinical decline of 8% in Graduate 1 and 6% in Graduate 2 compared with the placebo, but those results were not statistically significant, the company said in a statement.

Credit Suisse analysts, who had seen a 20% chance of the drug reaching peak annual sales of $10 billion, described the trial failure as “unequivocal”.

Berenberg analysts had put a 50% probability on gantenerumab achieving the $10 billion peak.

Roche shares fell 3.4% to their lowest in almost seven weeks.

Shares of U.S. drugmakers Biogen Inc and Eli Lilly and Co, which are developing rival treatments for Alzheimer’s, rose 3.8% and 2.3%, respectively, in premarket trading.

Analysts have said the read-out from the trial would impact stock market confidence in Roche’s research prowess, especially after lung cancer immunotherapy hopeful tiragolumab fell through in trials earlier this year, battering the company’s shares.

“The development pipeline has disappointed a bit too often to keep the stock on a list of favourites,” analysts at Luzerner Kantonalbank said in a research note.

Gantenerumab was designed to bind to aggregated forms of beta-amyloid and remove brain amyloid plaques, which are believed to play a crucial role in the slowly progressing dementia disease.

The setback will be an added challenge for CEO-designate Thomas Schinecker, Roche’s head of diagnostics, who will be promoted in March. He will replace Severin Schwan, the chief executive who has led a successful campaign to diversify away from Roche’s traditional focus on cancer.

The quest to develop an Alzheimer’s drug, targeting beta-amyloid or other molecules, has been beset by a long list of study failures.

But Biogen in September scored a surprise trial success with an experimental Alzheimer’s drug that it developed with Eisai, rebuilding confidence among industry executives and researchers in the beta-amyloid approach.

Breaking News:  Reelin' in the year: Powell's pivot, Fed unity, and the war on inflation

Biogen and Eisai said at the time their drug candidate lecanemab had slowed progression of the brain-wasting disease by 27% compared with a placebo in a large trial of patients in the early stages of Alzheimer’s.

The Swiss company’s compound was primarily targeting larger amyloid structures while Biogen’s lecanemab was targeting earlier stages of amyloid build-up, among other differences in the molecules and the trial designs.

Roche released only the main outcome of the trials on Monday. It plans to present detailed data at the Clinical Trials on Alzheimer’s Disease conference in San Francisco on Nov. 30.

Rachelle Doody, Roche’s head of neurodegeneration, said she was very disappointed, adding that trial measures of amyloid removal were also lower than hoped.

The global Alzheimer’s Association said the read-out, though disappointing, further illustrated the relationship between removal of beta-amyloid and slowing clinical decline, but other research approaches should be considered.

“The future of Alzheimer’s treatment will be a combination of drugs that target different aspects of the disease at different times, as well as lifestyle interventions,” it said in a statement.

Most of the 55 million people suffering from dementia worldwide are likely to be affected by Alzheimer’s disease, according to the World Health Organization. In 2030, dementia is expected to affect 78 million.

Alzheimer’s is difficult to diagnose, especially during its early stages.

Germany’s Morphosys would have received tiered royalties of about 2% to 3% on future gantenerumab sales from its early role in developing the drug. Its shares plunged 31%.

Royalty Pharma would have been entitled to about 3% to 4% of gantenerumab sales under a 2021 deal with Morphosys. 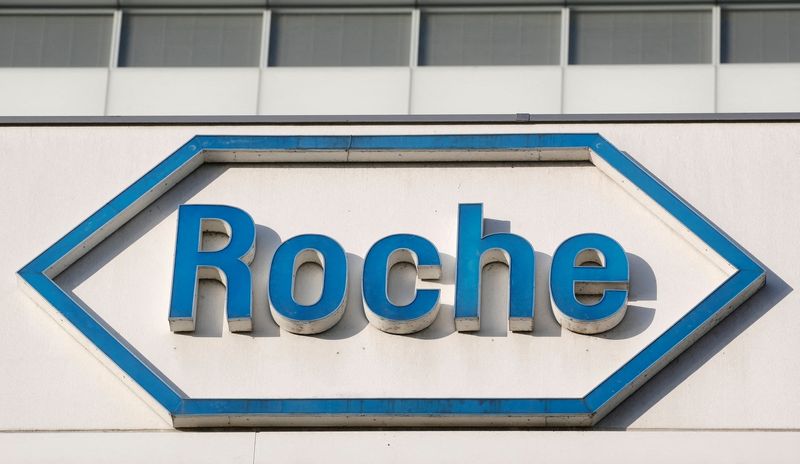