LISBON (Reuters) – The recreational use of nitrous oxide, also known as “laughing gas”, is on the rise in Europe among young people, producing worrying numbers of poisonings, the European Union drugs monitoring agency EMCDDA said in a study.

The growing popularity of the substance, which causes a feeling of euphoria, relaxation and dissociation from reality, stems from its wide over-the-counter availability, low price, ease of use and the false perception that it is safe, the Lisbon-based agency said.

It has a legitimate wide range of medical, industrial and commercial uses, particularly as propellant in whipped cream dispensers or water siphons for which purpose it is sold in compact, inexpensive cartridges online or in supermarkets.

In some European countries, particular concerns have been raised since 2017, when larger cylinders of the gas that deliberately target the recreational market appeared, often luring teenagers inexperienced with drug use.

The cartridges are normally consumed by filling party balloons, from which the gas is then inhaled, but more recently users have been inhaling directly from dispensers or cartridges, which poses a high risk of severe cold burns and lung injury.

Related News:   ‘The Peace President’: Trump’s 2024 Plan Is To Run Against The War In Ukraine

In Denmark, cases of nitrous oxide poisoning have increased from 16 in 2015 to 73 last year, in France cases jumped to 134 in 2020 from 10 reported in 2017, and the Netherlands had 144 cases in 2020 and reported a sharp rise in car accidents caused by driving while intoxicated or trying to fill balloons.

In the United Kingdom, nitrous oxide is the second most prevalent drug among young adults aged 16 to 24 years, after cannabis, the EMCDDA said.

In order to control the use of the gas, it proposes reducing the size of packages, banning sales to those under 18 or during night hours when party-goers tend to buy it. 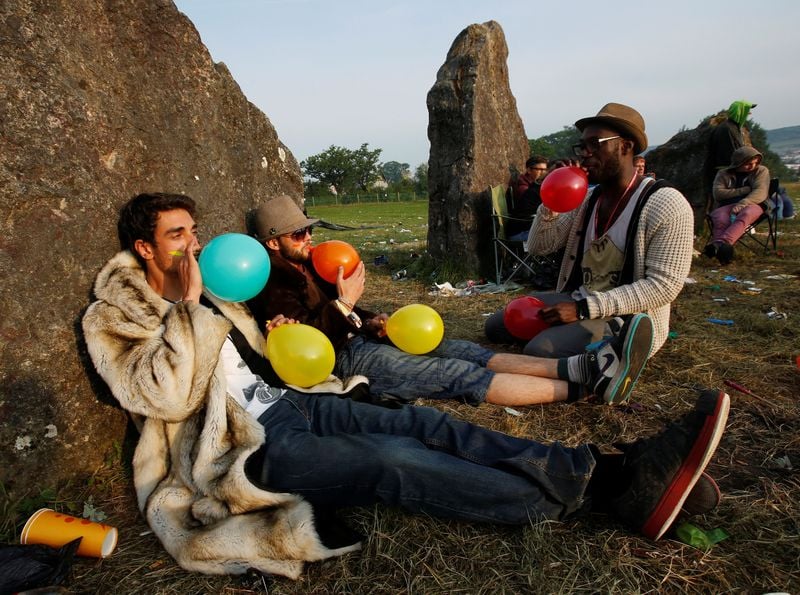