LONDON (Reuters) – The European Central Bank will press on with policy tightening, adding 50 basis points to its deposit rate next month as it worries rapid price growth is becoming entrenched, despite the bloc almost certainly entering recession, a Reuters poll found.

Inflation in the region has soared due to surging energy prices following Russia’s invasion of Ukraine and disrupted supply chains, reaching 10.6% last month – more than five times the ECB’s 2.0% target.

Initially saying rising inflation was transitory, the central bank didn’t start raising interest rates until July, later than most of its major peers, but has since raised its key rates by 200 bps.

That deposit rate view was held by a majority of 45 of 62 respondents, while 14 said it would add another 75 bps as it has done at its previous two meetings. Only three said it would opt for a modest 25-bp increase.

The ECB will raise interest rates again to fight inflation but those increases may well be smaller than recent ones, the bank’s chief economist, Philip Lane, said on Monday, echoing comments from other policymakers in recent days.

December’s move will be followed by another 50-bp increase next quarter, giving peaks in the current cycle of 2.50% and 3.00% for the deposit and refinancing rates, unchanged from an October poll.

When asked about the risks to their deposit rate forecasts, 18 of 22 economists said it would end higher, either earlier of later than they expect. The other four said it would be lower.

However, collectively economists gave a 70% probability their deposit rate peak forecasts were accurate.

It will take time for tighter policy to meaningfully tame inflation and while 13 of 23 respondents to an additional question said inflation had already peaked, it was not seen at the bank’s target until at least 2025.

Recent private surveys have added to evidence the bloc is heading for a winter recession and when asked of the probability of one within a year, economists gave a median response of 78%, up from 70% given in October. Forecasts ranged from 40% to 100%.

GDP was predicted to fall 0.4% this quarter and in the first quarter of next year, meeting the technical definition of recession. The economy was then expected to eke out 0.1% growth in Q2 and 0.3% growth in the following three quarters, little changed from October’s forecasts. 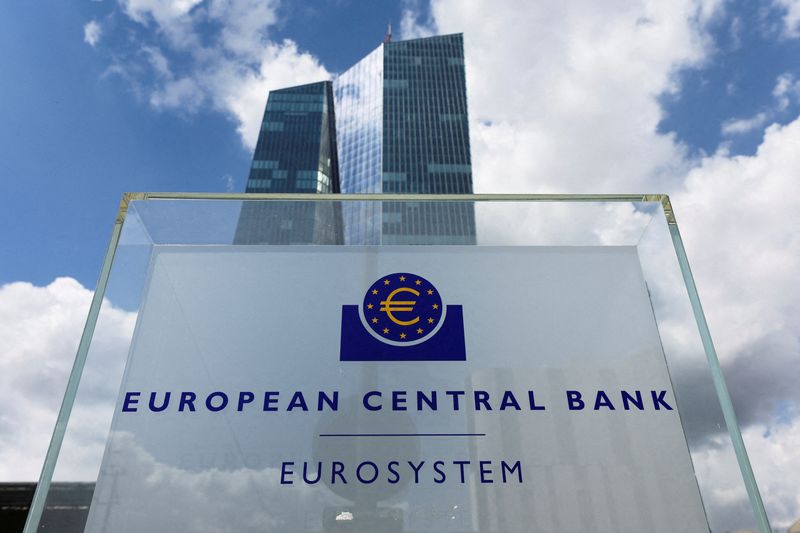 Fresh risk for Adani: MSCI weighs changes to status of some group stocks

Toshiba confirms JIP offer that sources say is backed by $10.6 billion in loans