KYIV (Reuters) -Ukraine’s government on Tuesday urged people to conserve energy amid relentless Russian strikes that have halved the country’s power capacity, as the United Nations health body warned of a humanitarian disaster in Ukraine this winter.

Authorities said millions of Ukrainians, including in the capital Kyiv, could face power cuts at least until the end of March due to the missile attacks, which Ukraine’s national grid operator Ukrenergo said had wreaked “colossal” damage.

Temperatures have been unseasonably mild in Ukraine this autumn, but are starting to dip below zero and are expected to drop to -20 Celsius (-4 Fahrenheit) or even lower in some areas during the winter months.

Russia’s attacks on Ukrainian energy facilities follow a series of battlefield setbacks that have included a pullout of Russian forces from the southern city of Kherson to the east bank of the mighty Dnipro River that bisects the country.

Planned power shutdowns are happening in all regions, and emergency shutdowns are possible in some situations as frosts have started and electricity consumption is rising, he said.

Ukrenergo’s chief Volodymyr Kudrytskyi said on Tuesday that practically no thermal or hydroelectric stations had been left unscathed, though he dismissed the need to evacuate civilians.

“We cannot generate as much energy as consumers can use,” Kudrytskyi told a briefing, adding that after a brief cold snap on Wednesday temperatures were expected to rise again, providing an opportunity to stabilise the power generating system.

“Ukraine’s health system is facing its darkest days in the war so far. Having endured more than 700 attacks, it is now also a victim of the energy crisis,” Hans Kluge, WHO’s regional director for Europe, said in a statement after visiting Ukraine.

Workers are racing to repair damaged power infrastructure, according to Sergey Kovalenko, the head of YASNO, which provides energy for Kyiv.

“Stock up on warm clothes, blankets, think about options that will help you get through a long outage,” Kovalenko said.

President Volodymyr Zelenskiy’s Deputy Chief of staff, Kyrylo Tymoshenko, told a briefing cited by Ukrainian media that gas supplies had been restored in 1,300 settlements recaptured from Russia in a Ukrainian counter-offensive.

In a Telegram message for Kherson residents, Deputy Prime Minister Iryna Vereshchuk posted a number of ways residents can express interest in leaving. “You can be evacuated for the winter period to safer regions of the country,” she wrote.

Ukrainian presidential adviser Mykhailo Podolyak said Russia was bombarding Kherson from across the Dnipro River now that its troops had fled. “There is no military logic: they just want to take revenge on the locals,” he tweeted late on Monday.

Moscow denies deliberately attacking civilians in what it calls a “special military operation” to rid Ukraine of nationalists and protect Russian-speaking communities.

Kyiv and the West describe Russia’s actions as an unprovoked, imperialist land grab in the neighbouring state it once dominated within the former Soviet Union.

The nine-month-old war has killed tens of thousands, uprooted millions and pummelled the global economy. The Organisation for Economic Cooperation and Development said the world’s worst energy crisis since the 1970s would trigger a sharp slowdown, with Europe hit hardest.

Battles continued to rage in the east, where Russia is pressing an offensive along a stretch of frontline west of the city of Donetsk held by its proxies since 2014.

Four people were killed and four wounded in Ukraine-held areas of the Donetsk region over the past 24 hours, regional governor Pavlo Kyryleno said on the Telegram messaging app.

Orihiv is about 110 km (70 miles) east of the Zaporizhzhia nuclear power station which has been shelled again in the past few days, with Russia and Ukraine trading blame for the blasts.

In Crimea, the Black Sea peninsula that Russia annexed from Ukraine in 2014, Russian air defences were activated and two drones were shot down over the city of Sevastopol on Tuesday, the regional governor said, urging people to keep calm.

Sevastopol is the headquarters of Russia’s Black Sea fleet.

In Washington, U.S. Treasury Secretary Janet Yellen said disbursement of $4.5 billion in U.S. aid for Ukraine would begin in the coming weeks to bolster its economic stability.

The sprawling Kyiv Pechersk Lavra complex – or Monastery of the Caves – is a Ukrainian cultural treasure and the headquarters of the Russian-backed wing of the Ukrainian Orthodox Church that falls under the Moscow Patriarchate.

Russia’s Orthodox Church condemned the raid as an “act of intimidation”. 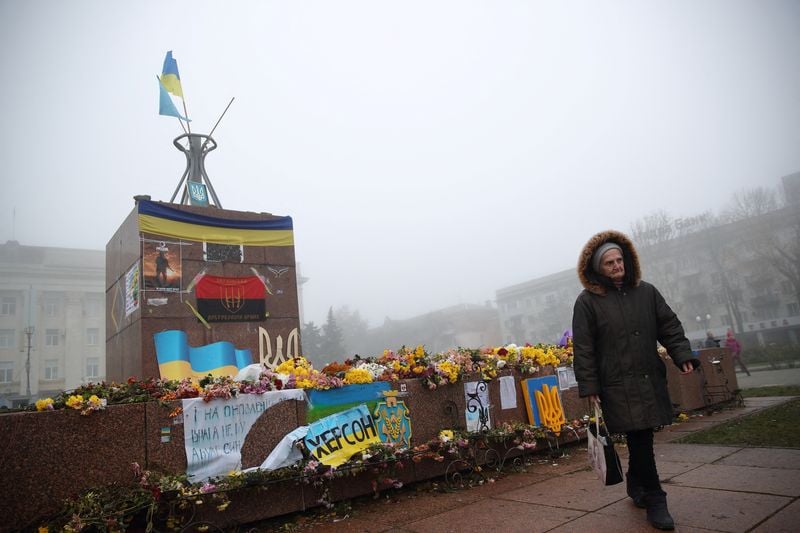 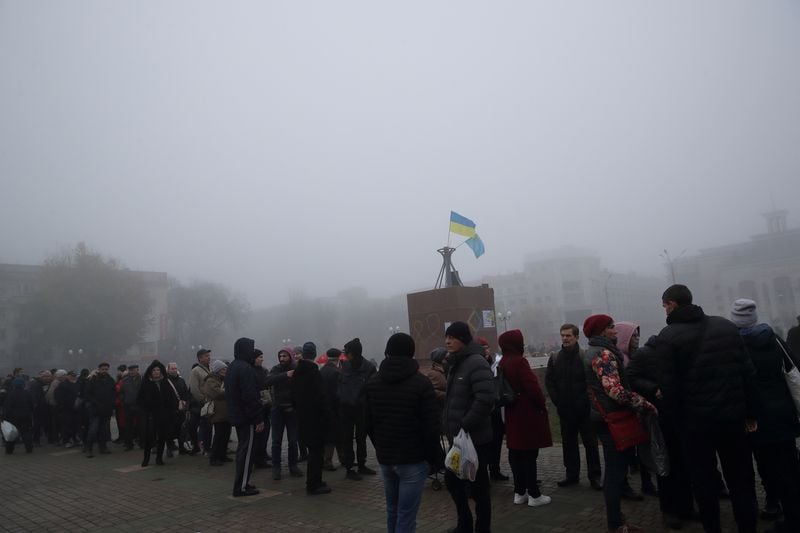 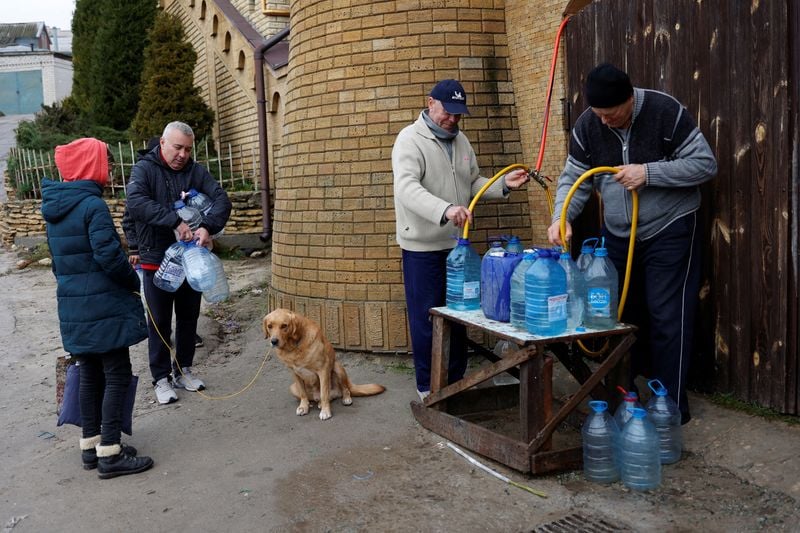 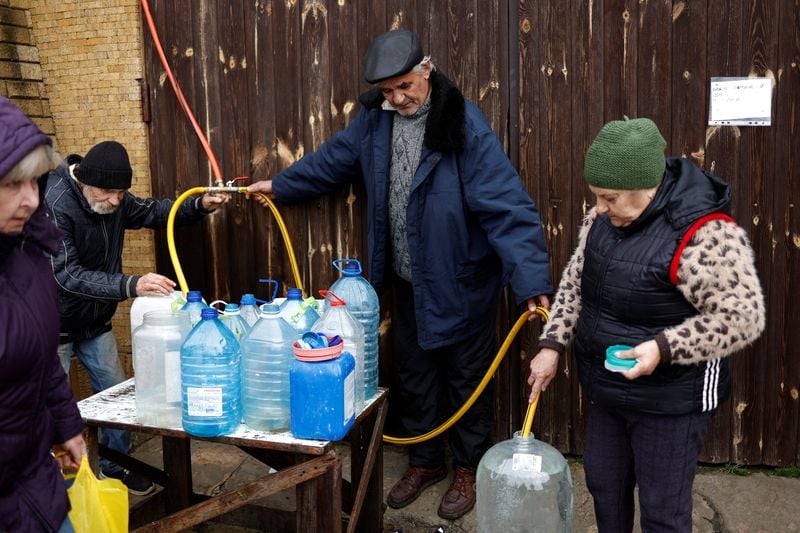 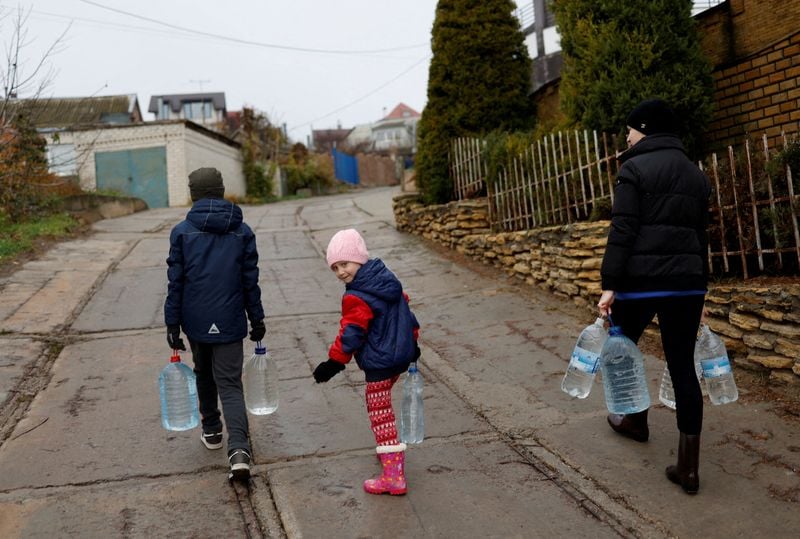