By Michael Holden and Andrew MacAskill

LONDON (Reuters) – The Scottish government cannot hold a second referendum on independence without approval from the British parliament, the United Kingdom’s top court ruled on Wednesday, dealing a hammer blow to nationalists’ hopes of holding a vote next year.

Scottish First Minister Nicola Sturgeon, leader of the pro-independence Scottish National Party (SNP), had announced earlier this year she intended to hold an advisory vote on secession next October, but that it had to be lawful and internationally recognised.

After the UK Supreme Court ruled she could not do so without the approval of the United Kingdom parliament, she repeated her vow to campaign in the next UK-wide election, expected to be held in 2024, solely on a platform of whether Scotland should be independent, making it a “de facto” referendum.

“We must and we will find another democratic, lawful and constitutional means by which the Scottish people can express their will. In my view, that can only be an election,” Sturgeon told reporters.

“As of today, democracy is what is at stake … It is now about whether or not we even have the basic democratic right to choose our own future,” she said.

In a referendum in 2014, Scots rejected ending the more-than 300-year-old union with England by 55% to 45%, but nationalists argue that the vote for Brexit two year later, which the majority of Scottish voters opposed, changed everything.

However, the British government in London has repeatedly said it would not grant permission for another plebiscite, saying it should be a once-in-a-generation event.

In a unanimous verdict of five judges, the Supreme Court ruled the Scottish government could not pass legislation paving the way for an advisory second referendum without the approval of the UK parliament.

“I think that the people of Scotland want us to be working on fixing the major challenges that we collectively face, whether that’s the economy, supporting the NHS (National Health Service), or indeed supporting Ukraine, now is the time for politicians to work together.”

NO WAY FORWARD FOR NATIONALISTS?

Under the 1998 Scotland Act, which created the Scottish parliament and devolved some powers from Westminster, all matters relating to the Union of the Kingdoms of Scotland and England are reserved to the UK parliament. The court concluded any referendum, even advisory, would be a reserved matter.

Sturgeon’s left-wing SNP, which has dominated Scottish politics for more than a decade and won the overwhelming majority of Scottish seats in the 2019 UK election, has argued that the refusal of the British government to allow another vote means the views of Scots are being ignored.

SNP president Michael Russell told Reuters that calling a de facto referendum was a gamble because his party could fail to win more than half the votes at the next election. But, he said the court ruling showed the United Kingdom was not a voluntary partnership of nations.

The UK government position “essentially says to the people of Scotland that your votes don’t matter,” he said. “That is a very foolish thing for any government to say to a population.”

London argues it be wrong to hold another divisive independence vote during a cost of living and energy crisis, while war rages in Ukraine and the country recovers from the coronavirus pandemic.

Independence campaigners say it should be for Scotland to decide how to respond to these major issues, given that the right-wing British government is unpopular in Scotland, where support for Sunak’s Conservative Party is currently running at about 15% according to latest polls.

More than a dozen pro-independence rallies are planned across Scotland and parts on Europe on Wednesday with the largest expected outside the Scottish parliament in Edinburgh where supporters will claim that democracy is being denied.

Should there be a second referendum, polls suggest voters remain evenly split and a vote would be too close to call, with what currency an independent Scotland would use or whether it could rejoin the EU, the key issues.

Critics say Sturgeon and the SNP have failed to answer these questions adequately. 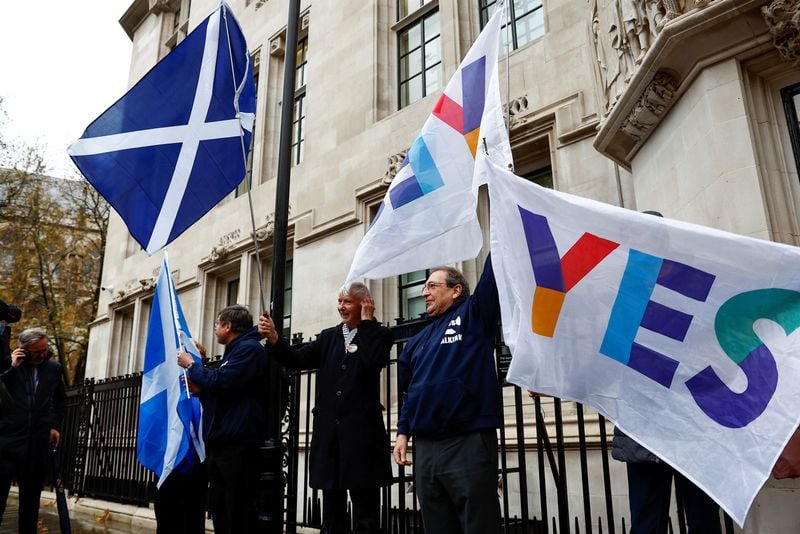 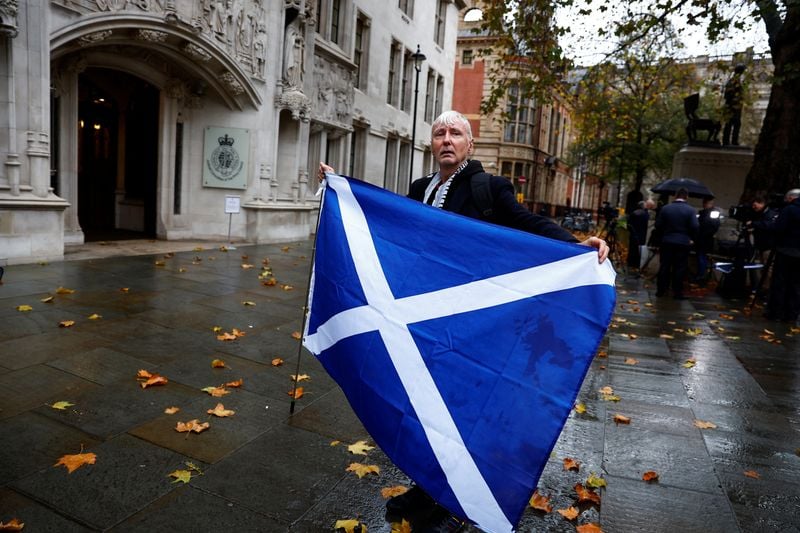 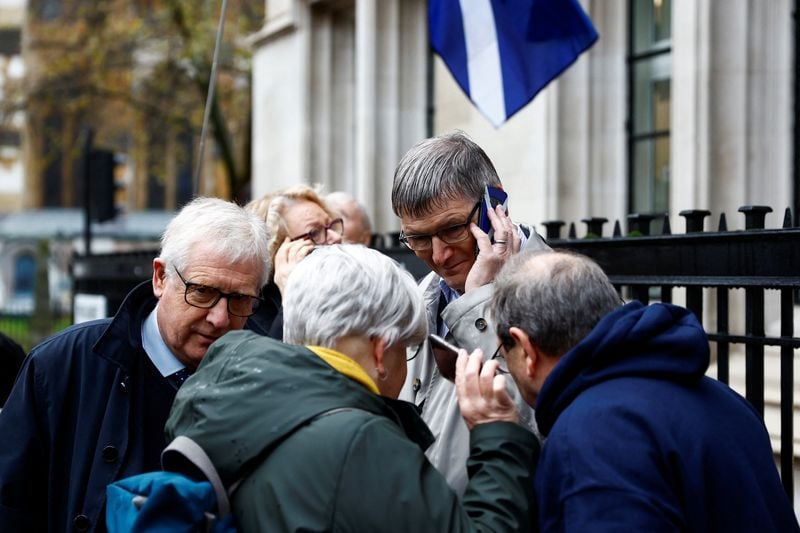 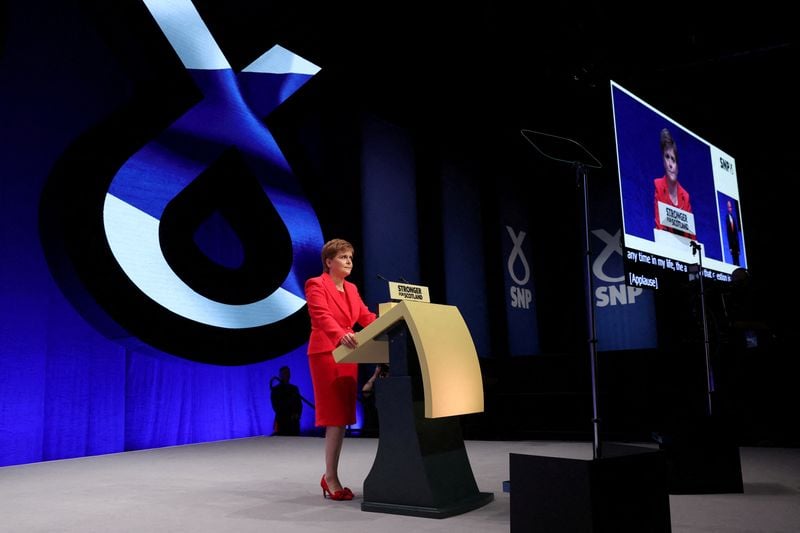 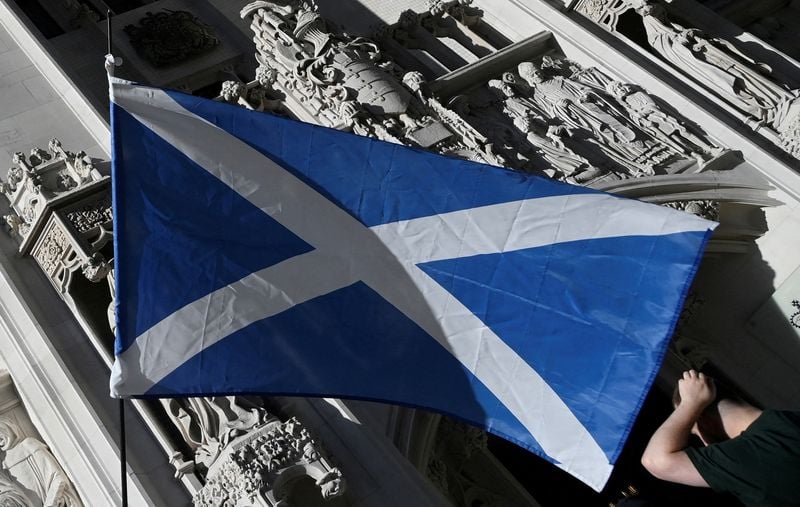 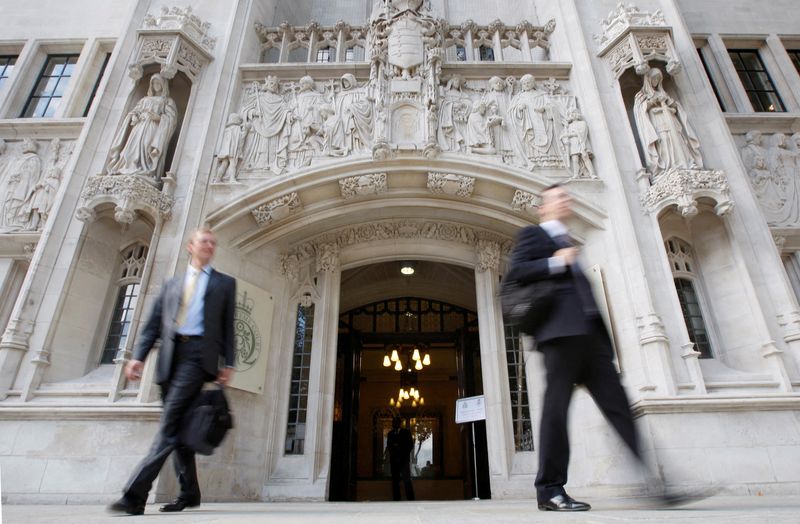