TAIPEI (Reuters) – Foxconn’s flagship iPhone plant in China is set to see a further reduction in November shipments after the latest bout of worker unrest this week, a source with direct knowledge of the matter said on Friday, as thousands of employees quit.

The world’s largest Apple iPhone factory has been grappling with strict COVID-19 restrictions that have fuelled discontent among workers and disrupted production ahead of Christmas and January’s Lunar New Year holiday, as many workers were either put into isolation or fled the plant.

Following Wednesday’s escalation that saw workers clash with security personnel, Foxconn could now see more than 30% of the site’s November production affected, up from an internal estimate of up to 30% when the labour issues erupted in late October, the source said.

The factory is the only one that makes premium iPhone models, including the iPhone 14 Pro, and the source said it is unlikely to resume full production by the end of this month.

Foxconn, formally known as Hon Hai Precision Industry Co, declined to comment. Apple, which said on Thursday it had staff at the factory, did not respond to a request for comment on Friday.

“The worker unrest at Foxconn’s plant in China could weigh on Apple’s November iPhone shipments,” Victoria Scholar, head of investment at Interactive Investor said, as concerns grow over Apple’s ability to deliver products for the busy holiday period.

Apple shares were down 1.9% in late morning trade on Friday, while the benchmark Nasdaq index was down 0.3%.

“Apple is still viewed as one of the more resilient stocks in the tech sector… However, Apple continues to hold off from providing official guidance given the macroeconomic uncertainty,” Scholar added.

U.S. Best Buy Co Inc said on Tuesday it expected high-end iPhones to be in short supply at stores this holiday season. Analysts said iPhones at Apple stores in the United States during the Black Friday shopping season were also down from a year earlier, and it was taking longer to replenish stocks, Reuters reported this week.

KGI Securities analyst Christine Wang said if the current issue lasts through December, around 10 million units of iPhone production will be lost, which translates to 12% lower iPhone shipment in the last quarter of 2022.

Wedbush Securities estimates many Apple stores now have 25% to 30% fewer iPhone 14 Pros than normal heading into the holiday shopping season.

In a statement on Nov. 7, Apple said it expected lower iPhone 14 Pro and iPhone 14 Pro Max shipments than previously anticipated.

Some new recruits hired in recent weeks by Foxconn claimed they were misled over compensation benefits at the factory, and others complained about sharing dormitories with colleagues who had tested positive for COVID.

Foxconn on Thursday apologised for a pay-related “technical error” when hiring and later offered 10,000 yuan ($1,400) to protesting new recruits who agreed to resign and leave.

The source said more than 20,000 workers, mostly new hires not yet working on production lines, took the money and left. Videos posted on Chinese social media on Friday showed crowds and long lines of luggage-laden workers queuing for buses.

The plant, before its troubles began, employed more than 200,000 staff. It has dormitories, restaurants, basketball courts and a football pitch across its sprawling roughly 1.4 million-square-metre (15 million-square-foot) facility.

Another Foxconn source familiar with the matter said some new hires had left the campus but did not elaborate on how many. This person said that because the people leaving had not yet been trained or begun to work, their departures would not cause further harm to current production.

“The incident has a big impact on our public image but little on our (current) capacity. Our current capacity is not affected,” the source said.

“There’s only so much corporate can do on pandemic prevention … It’s been a problem for a while. This is a problem faced by everyone,” the person said, pointing to other worker unrest triggered by rigid COVID restrictions, including upheaval at another Apple supplier, Quanta, in May. 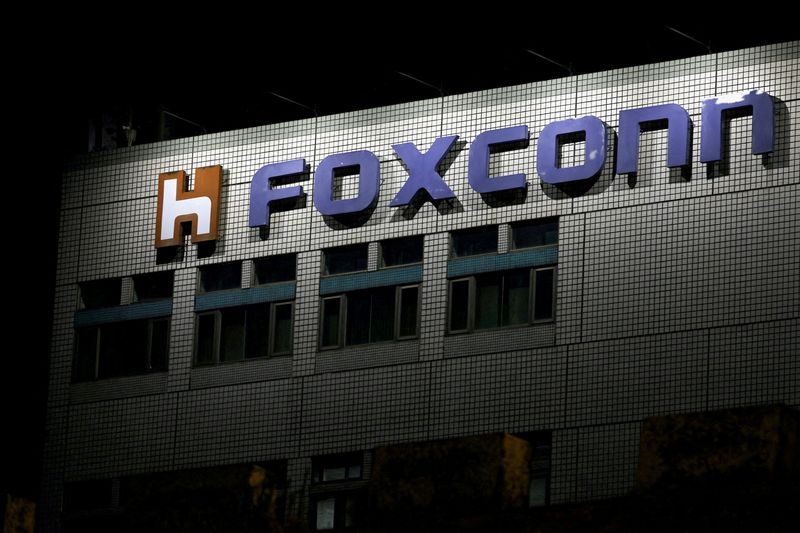