(Reuters) – Hungary’s foreign minister said on Friday it has complained to the European Union alleging that Ukraine is making business harder for its companies such as drugmaker Richter because they have operations in Russia.

Peter Szijjarto told a news briefing that Hungary would ask Brussels to take steps to ensure that Ukrainian authorities “should not make the operations of EU companies impossible”.

“These companies have not violated any rules, their only “sin” is that they also have a presence in Russia,” he added.

The European Commission in April proposed a one-year suspension of import duties on all Ukrainian goods not covered by an existing free trade deal to help the country’s economy during the war with Russia.

Szijjarto said Hungary would not be against a potential extension of the full customs free status for Ukrainian products that is in place in the EU until July 2023.

Hungarian drugmaker Richter said earlier this month that due to a change in Ukrainian legislation meant that marketing authorization for some products may be revoked if a manufacturer operates and pays taxes in Russia.

Richter said in its third-quarter earnings report that it planned to appeal a decision to suspend 35 of its products.

(Reporting by Krisztina Than and Anita Komuves; Editing by Alexander Smith) 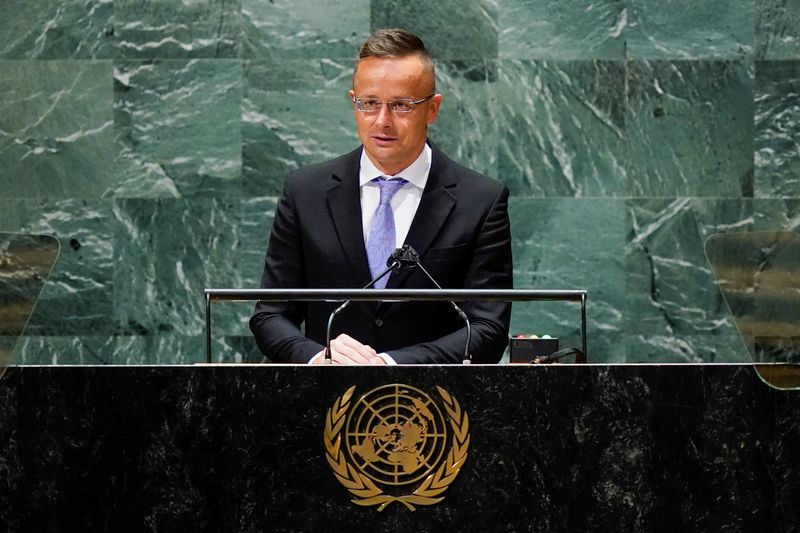