By Yuvraj Malik and Casey Hall

The results sent shares in the company up 10% in U.S. pre-market trade.

Intermittent lockdowns and a recovery in consumer spending helped Pinduoduo and other Chinese online retailers gain business in the July-September quarter.

Pinduoduo said its revenue jumped 65% to 35.50 billion yuan ($4.99 billion) in the quarter ended Sept. 30, surpassing estimates of 30.94 billion yuan, according to Refinitiv data.

“If you look at the industry, we see the competition remains intense and we need to invest patiently in the supply side and step up our investments in technology and innovation to improve the overall supply chain efficiency,” Chen said.

“We plan to increase our investments to further drive innovations on our platform. As such, we think it’s unlikely that the profit level of the past quarter can be maintained,” she said.

Pinduoduo, founded in 2015, first gained traction among consumers in smaller cities in China, then expanded its reach to top-tier cities.

Since the company last reported quarterly earnings in August, it has also launched an international platform, Temu, which sells affordable made-in-China products, including electronics and clothing, at rock bottom prices mainly to consumers in the United States.

According to analytics firm Sensor Tower, Temu had racked up more than 5 million installs in the United States as of Nov. 21.

The platform has quickly emerged as a competitor to Shein, another company that ships low cost products directly from China to consumers in the West.

Pinduoduo executives declined to elaborate on plans or expectations for Temu, saying that it was still in its early days.

“The international business is a new area to explore and we will start from the fundamental needs of consumers and apply the operations and supply chain know-how and experience we have gained over the years and strive to create our own unique value,” Chen said.

Shares in Pinduoduo were up 12% this year before Monday’s gain.

(Reporting by Yuvraj Malik in Bengaluru; Editing by Maju Samuel and Susan Fenton) 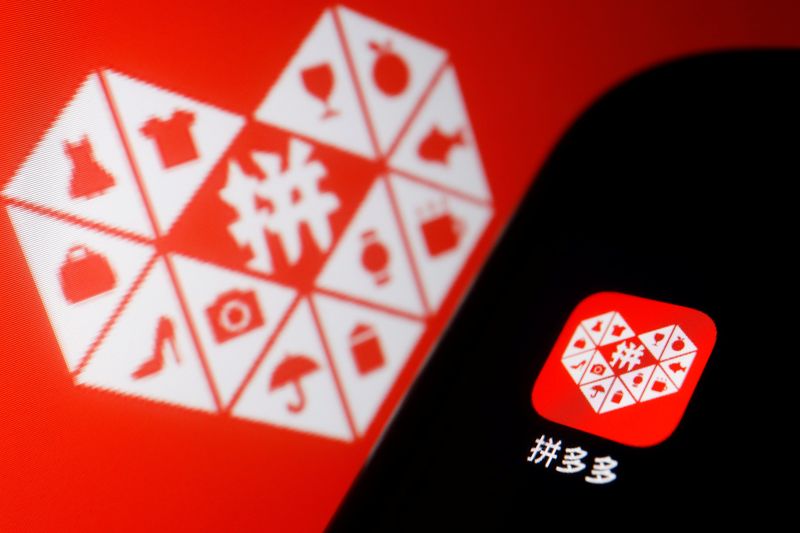