KATHMANDU (Reuters) – While Nepal awaited the outcome of national elections its central bank opted to hold its benchmark interest rates at 8.5% late on Sunday, and voiced expectations that the next government would push through reforms needed to strengthen economic growth.

Results so far showed Prime Minister Sher Bahadur Deuba’s Nepali Congress had won 53 parliamentary seats, followed by 42 by the opposition Nepal Communist Unified Marxist Leninist (UML) party. But results for only 158 of the 275 seats have been declared so far.

It will be a few more days before counting in completed in the elections held on Nov. 20 for the national parliament and seven state assemblies. Analysts expected the Nepali Congress to emerge as the single largest party.

“It is expected that the economic activities will get a boost as the new government will bring administrative and economic reform programmes,” Nepal Rastra Bank (NRB) said in a statement following its monetary policy for the first quarter of the current fiscal year, which began in mid-July.

The NRB held the policy rate at 8.5%, where it has been since being increased from 7.0% in July.

Annual consumer price inflation eased to 8.5% in mid-October from a more than six-year high of 8.64% set in September. The central bank set an inflation target of 7% for 2022/23 fiscal year that began in mid-July.

Analysts said reduction in the spreads should lower interest rates for consumers and businesses, while trimming banks’ profits.

While campaigning, the main political parties promised to bring down interest rates, as businesses complained that high rates were crimping investment. 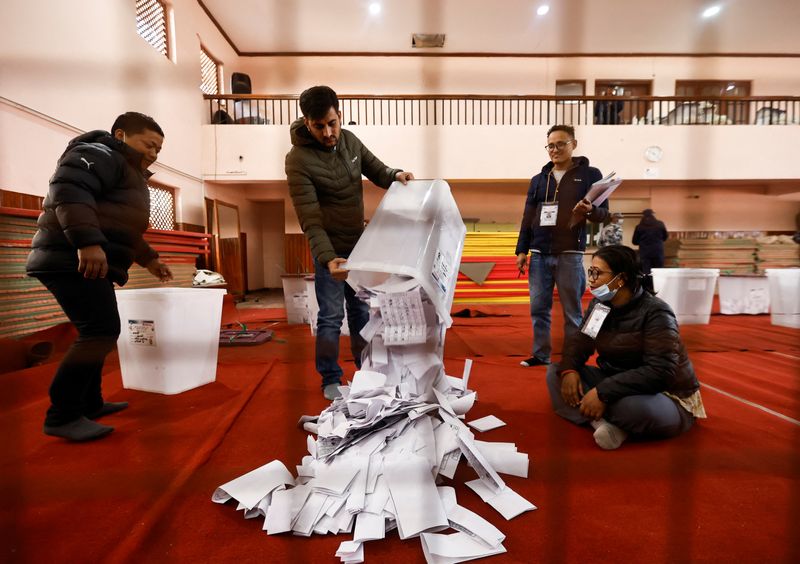