(Reuters) -Salesforce Inc said on Wednesday that Bret Taylor would step down as co-chief executive officer in January and that co-founder Marc Benioff will become the sole CEO.

The news sent the company’s shares down 7% in extended trading as investors shrugged off the annual profit raise.

Investors likely assumed that Taylor’s appointment was the beginning of a long tenure as the operational CEO at Salesforce, said Steve Koenig, managing director at SMBC Nikko Securities.

“His departure raises questions about why he’s leaving and how operational leadership will be divided and delegated,” he added.

Taylor, who previously served as chief operating officer and chief product officer of Salesforce, became the co-CEO in November 2021.

He was a key driving force behind Salesforce’s $27.7 billion takeover of workspace messaging platform Slack Technologies.

“After a lot of reflection, I’ve decided to return to my entrepreneurial roots,” Taylor said.

The San Francisco-based company expects annual adjusted profit per share between $4.92 and $4.94, compared with $4.71 to $4.73 forecast earlier.

Revenue for the quarter ended Oct. 31 was $7.84 billion, compared with analysts’ average expectation of $7.82 billion, according to Refinitiv IBES data.

A diverse portfolio that includes its Customer 360 platform and messaging app Slack has helped Salesforce attract customers at a time when digital transformation is becoming a priority, even as businesses brace for a broader economic downturn.

The business software maker expects current-quarter revenue to be between $7.93 billion and $8.03 billion.

On an adjusted basis, it earned $1.40 per share during the third quarter, compared with estimates of $1.21. 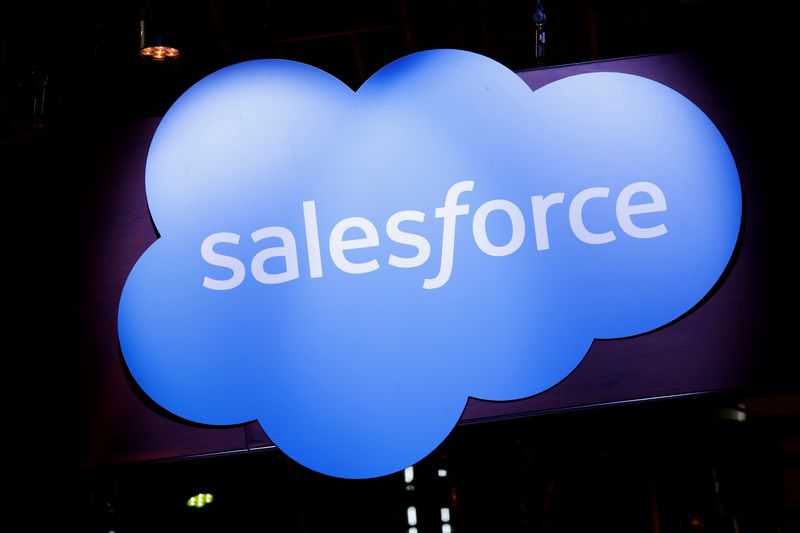