Exports declined by 0.6% on the month, twice as much as analysts had predicted in a Reuters poll, data from the Federal Statistics Office showed on Friday.

October marked the second month in a row of falling exports, after September saw an unexpected drop of 0.5% on the month.

Shipments to Germany’s top export partner, the United States, saw the sharpest fall of 3.9% in October, while exports to other European Union member states were down 2.4%.

Imports were also much weaker-than-expected, posting their sharpest drop since January at 3.7%, leading to a higher trade balance of 6.9 billion euros ($7.3 billion). Imports had been forecast to drop 0.4%.

Graphic: German exports down twice as much as forecast https://www.reuters.com/graphics/GERMANY-ECONOMY/TRADEFIGURES/akveqzwglvr/chart.png

DIHK said last month Germany’s exports were likely to fall 2% next year due to a sluggish global economy, with nearly half of German companies that sell abroad expecting an economic downturn.

Related News:   Wall St gains over 1% after encouraging inflation data with Fed next

Also last month, German industrial group Thyssenkrupp warned its sales and profit would “nosedive” next year as high inflation and energy costs are compounded by an expected recession in Europe.

However, data released last week showed the German economy grew slightly more in the third quarter than suggested by preliminary figures, adding to signs that a coming recession may not hit as hard as initially feared.

Near-full gas storage in Germany has eased fears of possible rationing in industry this winter, while the 0.4% growth in the third quarter pointed to a milder recession than many economists first expected. 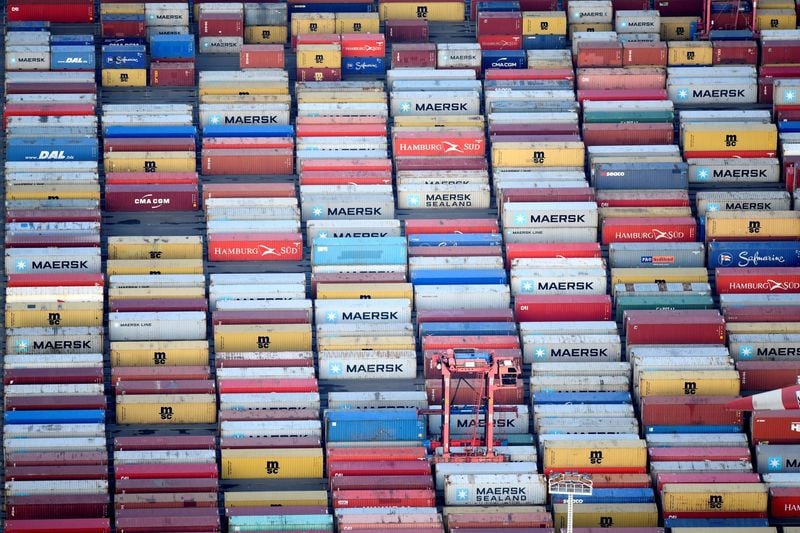