WASHINGTON (Reuters) – The wedding websites that Colorado-based web designer Lorie Smith would like to create for clients might offer ceremony details, pictures, a story about the couple and a biblical quote celebrating how through marriage they “become one flesh.”

They would not, however, show same-sex nuptials.

Smith, an evangelical Christian who believes marriage is only between a man and a woman, has taken her fight to refuse to make wedding websites for same-sex couples and to advertise that policy to the U.S. Supreme Court in a major case to be argued on Monday. Smith is appealing lower court rulings backing Colorado.

The stakes are high, pitting the right of LGBT people to seek goods and services from businesses without discrimination against the right to free speech under the U.S. Constitution’s First Amendment, as asserted by Smith.

Smith, 38, is married with one child and lives in the Denver suburb of Littleton. She argues that Colorado anti-discrimination law violates free speech rights by forcing artists – including web designers – to express messages through their work that they oppose.

“Colorado is compelling and censoring my speech and forcing me to design and create custom artwork that celebrates messages that go against my deeply held beliefs,” Smith said in an interview. “My faith is at the core of who I am.”

Public accommodations laws exist in many states, banning discrimination in areas such as housing, hotels, retail businesses, restaurants and educational institutions. Colorado first enacted one in 1885. Its current Anti-Discrimination Act bars businesses open to the public from denying goods or services to people because of race, gender, sexual orientation, religion and certain other characteristics, and from displaying a notice to that effect.

Colorado, civil rights groups and numerous legal scholars warn of a ripple effect of discrimination against LGBT people and others if Smith wins, offering a variety of hypothetical situations. Could a commercial photographer refuse to take pictures of a corporation’s female chief executive? Could a baker refuse to make a birthday cake for a Black child? Could an architect refuse to design homes for Jewish or Muslim people?

“It’s going to be very difficult for them (Supreme Court justices) to draw lines in any way that is coherent or analytically sound – particularly for lower courts to apply – that won’t just be a get-out-of-jail free card because, ‘I don’t want to serve you or employ you,'” said Amanda Shanor, an expert in constitutional law and free speech at the University of Pennsylvania’s Wharton School.

The Supreme Court, with its 6-3 conservative majority, has become increasingly supportive of religious rights and related free speech claims in recent years even as it has backed LGBT rights in other cases. The court legalized gay marriage nationwide in a landmark 2015 decision.

Smith and her lawyers maintain that she is not discriminating against anyone. She would, for example, happily serve an LGBT customer who wants graphics for an issue she supports like an animal shelter. She objects, however, to messages that contradict her Christian beliefs.

“My faith has taught me to love everyone, and that’s why I work with everyone through my business. But that also means I can’t create every message,” Smith said.

Smith is represented by attorneys from the Alliance Defending Freedom, a conservative religious rights group. The Supreme Court did not take up one aspect of her challenge to Colorado law based on religious rights also protected by the First Amendment.

Alliance Defending Freedom previously represented Denver-area bakery owner Jack Phillips, who ran afoul of Colorado anti-discrimination law when he refused based on his Christian beliefs to make a wedding cake for two men.

His legal battle with Colorado also reached the Supreme Court, which ruled narrowly in his favor in 2018. That decision determined that Colorado officials violated his religious rights but stopping short of carving out a free speech exemption to anti-discrimination laws.

Smith preemptively sued Colorado’s civil rights commission and other state officials in 2016 because she feared she would be punished for refusing to serve gay weddings.

Colorado has argued that its Anti-Discrimination Act regulates sales, not speech, to ensure “equal access and equal dignity.” Smith thus is free to sell whatever she wants, including websites with biblical passages stating an opposite-sex vision of marriage.

“It would encompass not only a business’s objections to serving certain customers motivated by sincerely held religious beliefs, but also objections motivated by ignorance, whim, bigotry, caprice and more – including pure expressions of racial, sexist or anti-religious hatred,” the state wrote in the brief to the Supreme Court.

“All the Act requires is that the company sell its website-design services to the public regardless of the customer’s sexual orientation, religion or other protected characteristic. If a customer wanted a different website, one that the company did not offer, the company need not provide it,” Colorado added.

The case raises tough questions for the court including who can be considered an artist entitled to an exception.

President Joe Biden’s administration, supporting Colorado in the case, said Smith’s bid for an exemption goes too far because she seeks a right to refuse to create a wedding website of any kind for a same-sex couple, even one simply stating logistical details. The administration concedes that Colorado could not interpret its law to force Smith to create content praising same-sex marriage or stating that it is consistent with Christian teachings.

“The government can’t force Lorie and people like her to express messages that go against their deeply held beliefs,” said Jacob Warner, an attorney for Smith.

“Every website she will create will celebrate a view of marriage,” Warner added.

Smith’s lawyers said the case is similar to one in which the Supreme Court in 1995 let organizers of a St. Patrick’s Day parade in Boston exclude an Irish-American LGBT group.

The Supreme Court’s ruling is due by the end of June. 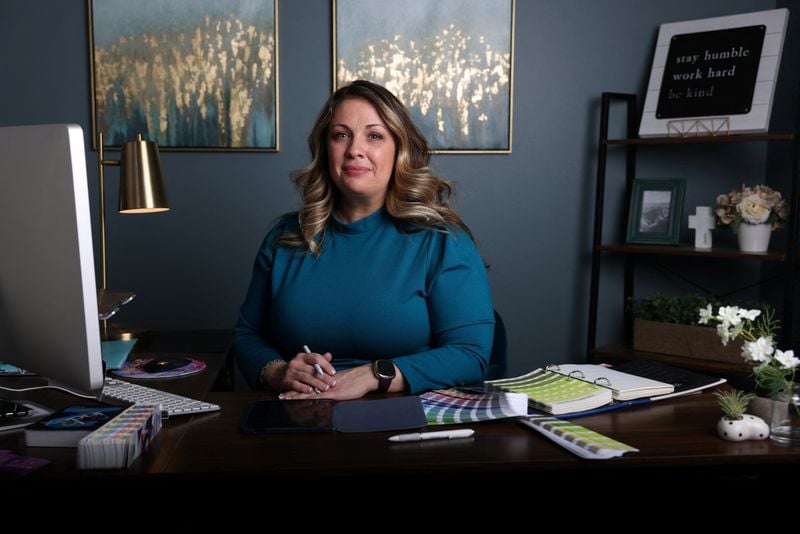 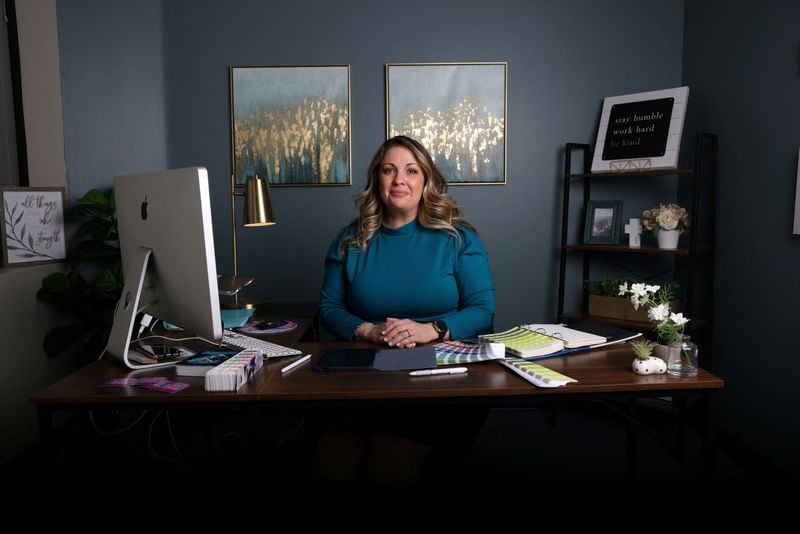 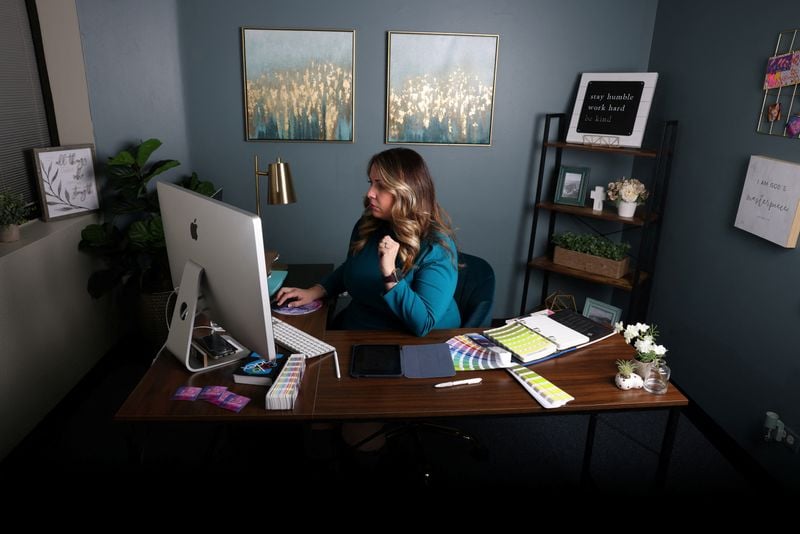 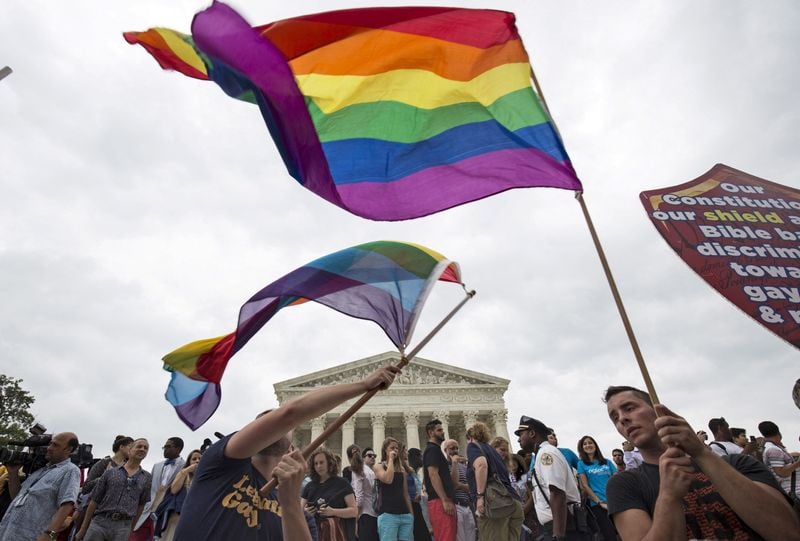