LONDON (Reuters) – President Vladimir Putin said on Friday that Russia’s near-total loss of trust in the West would make an eventual settlement over Ukraine much harder to reach, although contacts between Russian and U.S. intelligence services were at least continuing.

Since suffering a series of battlefield reverses, Putin has increasingly cast his more than nine-month-old invasion of Ukraine as a fight to defend Russia against an aggressive “collective West”.

At a news conference in the Kyrgyz capital, Bishkek, Putin bemoaned the failure to implement the Minsk agreements – ceasefire and constitutional reform deals between Kyiv and Russian-backed separatist forces in eastern Ukraine brokered in 2014 and 2015 by Russia, France and Germany, at the outset of the conflict with Ukraine.

“We thought we would still be able to agree within the framework of the Minsk peace agreements. What can you say? There is a question of trust,” Putin said. “And trust, of course, is almost at zero.”

Putin had been asked about remarks by former German chancellor Angela Merkel, one of the agreements’ sponsors, who told the Zeit magazine in an interview published on Wednesday that the 2014 agreement had been “an attempt to give Ukraine time” – which it had used to become more able to defend itself.

Russian media and politicians have quickly construed this as a betrayal on Merkel’s part.

“It turns out that no one was going to fulfil all these Minsk agreements,” Putin said, “and the point was only to pump up Ukraine with weapons and prepare it for hostilities.”

“After a statement like that, the question arises of how to negotiate, about what, and is it possible to negotiate with someone, and where are the guarantees,” he added.

“An agreement will have to be reached in the end, all the same. I have said many times that we are ready for these agreements, we are open, but this makes us think who we are dealing with.”

Related News:   Factbox-Who are the officials swept out in Ukraine's biggest shake-up of the war?

But Putin did say Russia was open to further such swaps, and that contacts between the respective intelligence services that agreed the Griner-Bout deal were continuing.

“In fact, they have never stopped,” he said. “A compromise was found; we do not reject continuing this work in the future.”

A White House spokesperson said afterwards that Burns had not conducted negotiations or discussed any settlement of the war in Ukraine, but warned Russia not to endanger strategic stability by using nuclear weapons in Ukraine, and raised the cases of Americans detained in Russia.

Naryshkin said afterwards that he and Burns had discussed Ukraine and nuclear security. 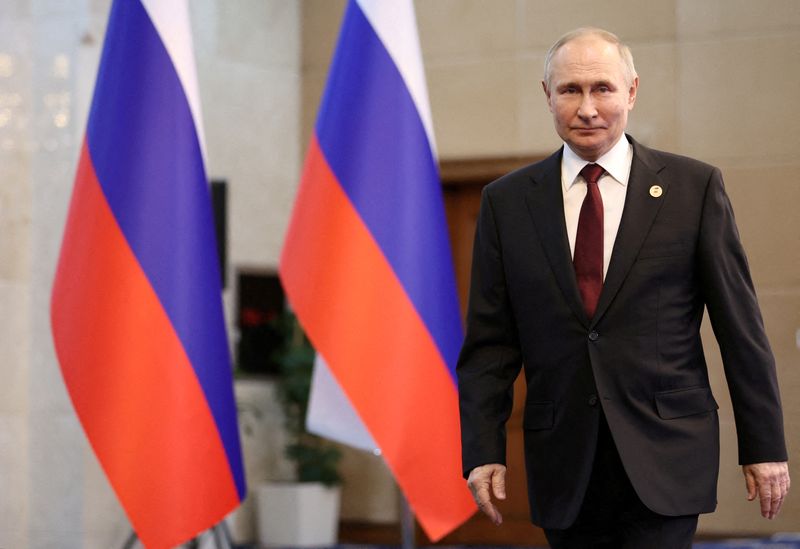