(Reuters) – Ben Nyberg stood on a knife-edge ridge along Hawaii’s Na Pali Coast, his eyes scouring the leafy recesses of the neighboring red-rock ridges. It was quiet, if not for a faint buzzing of a drone flying among flocks of curious white-tailed tropicbirds.

Nyberg steered the drone closer toward the opposing ridge, scanning the iPad in his hands, which acted as a viewfinder. Then, he saw it: Wilkesia hobdyi.

Its tufted bright green leaves stood out from other plants clinging to the cliff, appearing like something out of a Dr. Seuss book.

A member of the sunflower family known by its common name dwarf iliau, W. hobdyi was once abundant on the Hawaiian island of Kaua‘i. But after Europeans introduced goats to the isle in the late 1700s, the plant was grazed into near-extinction.

Isolated from continental landmasses, W. hobdyi had never evolved defenses against hungry livestock, such as bitter leaves or sharp thorns.

For decades, searching for such hard-to-reach plants and collecting samples was carried out by intrepid botanists who rappelled by rope down dangerous cliffs to hunt for what was lost.

But this daredevil approach meant it was easy to miss plants. Ropes could only stretch so far, there were few clip-ins on steep cliffs, and sightlines were often obstructed by bushes.

New technologies have meant that scientists can now reach places too risky for humans and cast about for the last surviving individuals before it’s too late.

In 2016, Nyberg, who serves as the GIS and drone program coordinator at the National Tropical Botanical Garden, helped launch an aerial program to look for rare species with drones.

In the case of W. hobdyi, there was thought to be less than 600 individuals growing along the Na Pali Coast. Many of Kauai’s endangered plants sprout only from the steepest cliffs, where goats can’t reach. But the foliage now spread out before Nyberg amounted to more than 100 plants. He flew the drone within 5 meters (16 feet) of the greenery, snapping high-resolution photos to confirm his findings back in the lab.

Nyberg and the National Tropical Botanical Garden (NTBG) team, working with the State of Hawaii’s Division of Forestry and Wildlife, have rediscovered three species thought to be extinct or locally extinct from Kauai and uncovered larger populations of many other critically endangered species with populations smaller than 100 individuals.

The drone would ultimately turn up 5,500 new individuals in just a few months after years of searching — a more than 900% increase of the plant’s known population.

In the case of such discoveries, “It was just excitement,” Nyberg said. “Even one or two plants would be a great success. Now, we may have a little more time before extinction.”

Today, two in five plant species globally are threatened with extinction. The situation is often even more dire on islands that have a high rate of endemism — species that grow nowhere else in the world — and are cut off from potential refuges.

Kauai has 250 plant species that can be found only on the island.

About 10% of Kauai’s plants are already extinct or extinct in the wild, and a further 87% are endangered, according to a 2020 assessment for the International Union for Conservation of Nature’s Red List of Threatened Species.

“Things are really special here because we’re so far away from everything,” said Nina Ronsted, director of science and conservation at NTBG who led the assessment. “Each plant plays a very specific role” in the environment.

Species like na’ena’e (Dubautia waialealae) that grow in the island’s boggy forests are critically imperiled. The loss of a single species can throw an entire ecosystem out of balance.

“It’s a bit like a tower of cards,” Ronsted said. “If you take too much out, it will fall.”

Locating rare plants in the wild is only half the battle. To protect species in the long run, botanists need to collect samples — seeds and genetic material — which they can cultivate in greenhouse nurseries. This helps provide an insurance policy against extinction.

In 2020, Nyberg and Canadian researchers from Outreach Robotics began developing a special robotic arm they could attach to a drone to carefully cut off bits of plants growing in perilous locations.

Known as Mamba (Multi-Use Aerial Manipulator Bidirectionally Actuated), the robotic arm dangles on a cable below a drone and is equipped with eight propellers and a cutting mechanism that can be controlled by pilots from a mile away.

By separating the Mamba from the drone, it can move quickly and precisely in windy environments and avoids the risk of the drone crashing into cliff walls.

At full extension, the Mamba can reach the target plant from as far as 4 meters (13 feet) away.

The Mamba is operated remotely by scientists who can maneuver the robotic arm’s agile metal wrist and dynamic clippers. The Mamba is programmed to carefully pluck samples from even the tiniest and most delicate of plants. Collections take less than 10 minutes.

Mamba has so far collected 29 cuttings or seeds from 12 endangered species. These include samples of wahine noho kula, a rare violet thought to be extinct on Kauaʻi and only recently rediscovered by the surveying drone.

Seeds and cuttings are now growing at the NTBG nursery, while some seeds are being stored in the seed bank for future conservation efforts.

The robot “can be the difference between extinction and survival,” Nyberg said.

But species still need to be returned to the wild to make a full comeback. Scientists hope to get them back into their cliffside terrain within the next year or two.

They might even use drones to bomb down collected seeds, packing them into sticky fertilizer balls that can adhere to steep cliffs.

But they might not need to even be dropped in such treacherous terrain. It’s possible “that these plants occurred on flat lands before we had goats here,” Nyberg said. 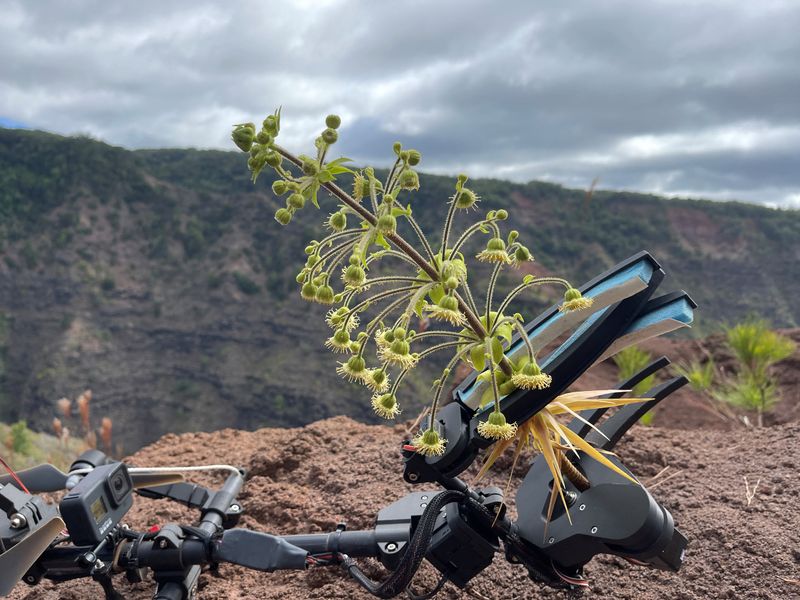 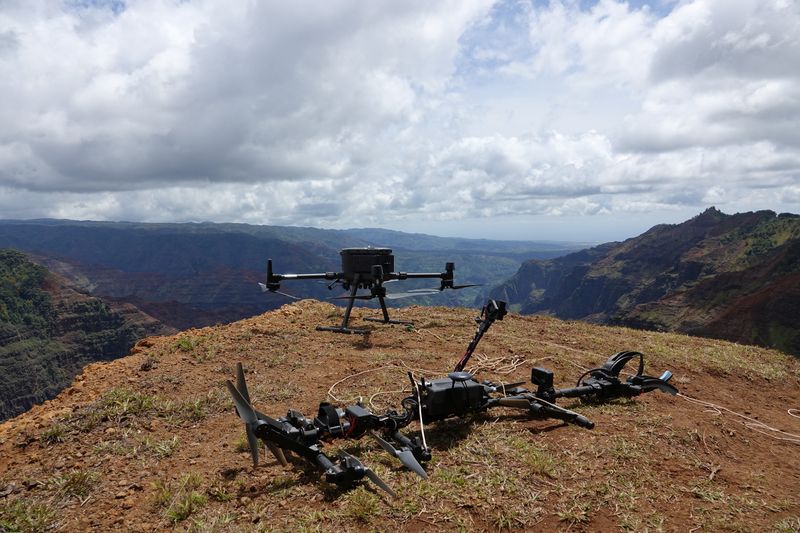 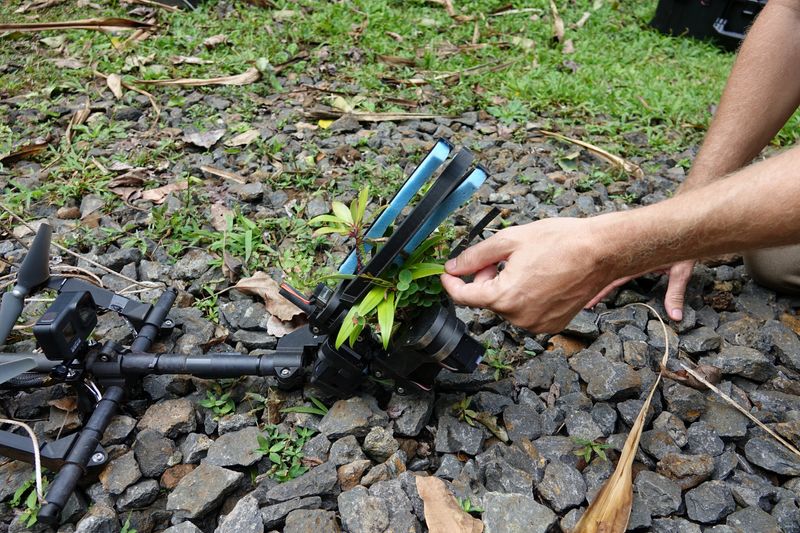 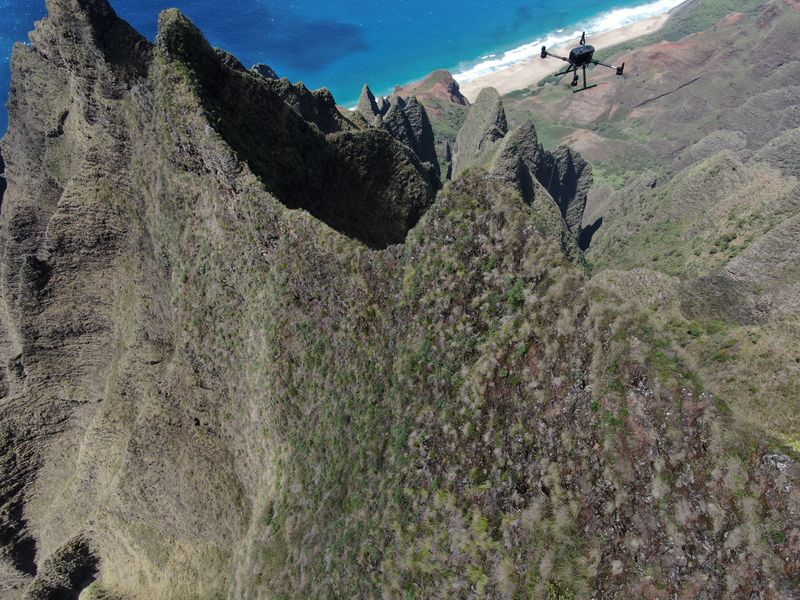 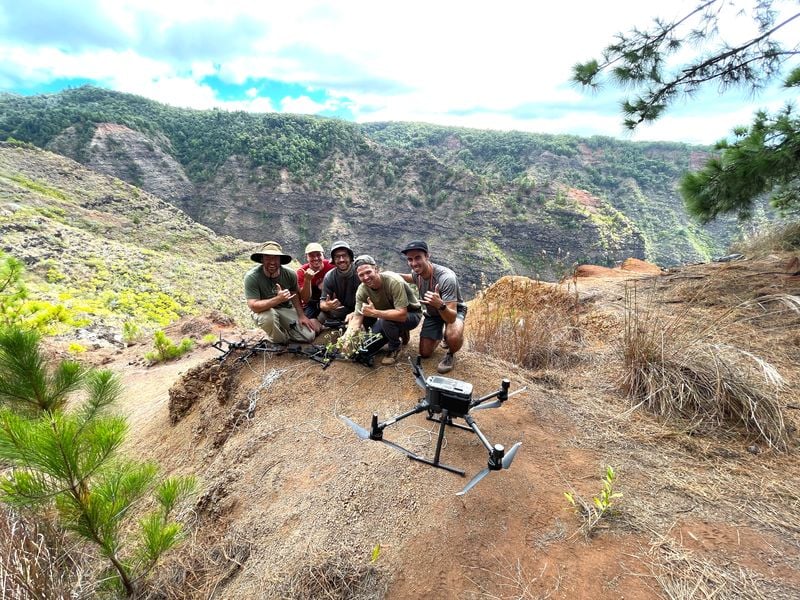 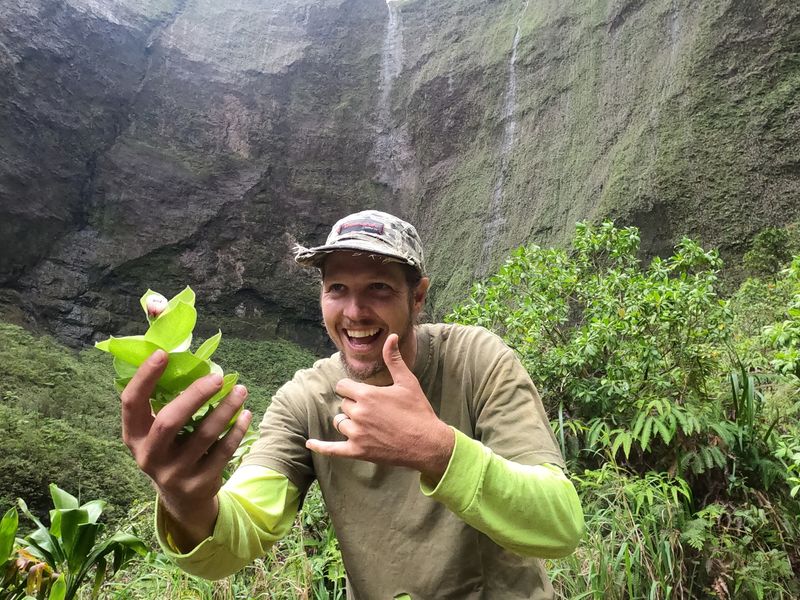 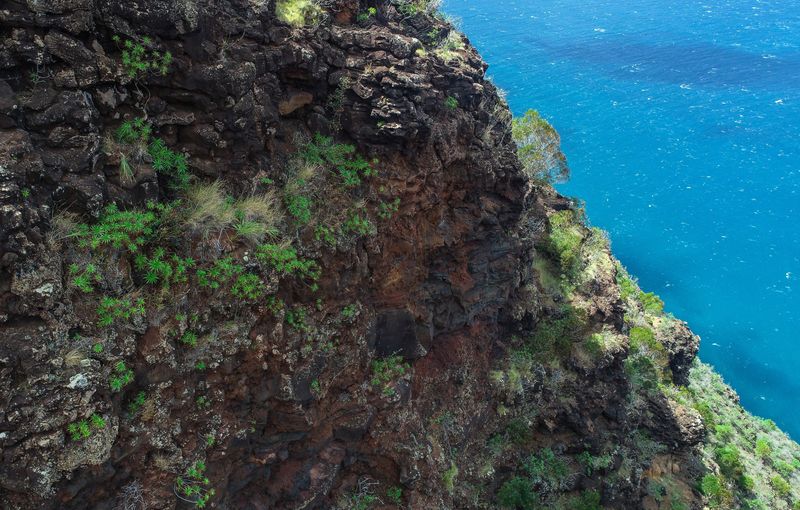 Explainer-Spilt milk? Why are the US and Canada fighting over dairy?