TOKYO (Reuters) – The Bank of Japan this week crafted a new weapon to defend its yield cap and extend the lifespan of its yield control policy, without having to ramp up bond buying and dry up already thinning market liquidity.

Specifically, the BOJ amended rules for an existing market operation tool, so it can pump funds extending up to 10 years in variable rates to financial institutions against collateral.

While the new tool could keep bond bears at bay, there is uncertainty on how effective it would be in keeping long-term interest rates from rising.

With inflation exceeding the BOJ’s 2% target, investors have sold bonds on bets the central bank will soon dial back its massive monetary stimulus.

The BOJ has been forced to ramp up bond buying to defend its 10-year yield cap that is part of yield curve control (YCC) – a policy combining a negative short-term interest rates with a 0% target for the 10-year bond with some allowance.

The BOJ raised the cap to 0.5% from 0.25% last month in a bid to iron out market distortions caused by its huge bond buying. But the move backfired as markets attacked the newly set ceiling on expectations the BOJ could raise the cap again – or abandon YCC altogether.

Defying bets of a policy tweak, the BOJ kept ultra-low interest rates and the 0.5% yield cap on Wednesday. But it introduced the new tool to keep market forces from breaking YCC.

HOW DOES IT WORK?

Before the rule amendment, the funds-supplying operation was used to pump short-term funds – typically of durations up to one-year – to financial institutions.

With the rule change, the BOJ can now offer funds extending up to 10 years in variable rates. The central bank said the interest rate of each loan will be set in a way that encourages the formation of an appropriately shaped yield curve.

WHAT ARE THE BENEFITS?

Unlike its bond-buying operation, the fund-supply tool allows the central bank to push down borrowing costs with a wall of money – without having to worry about drying up bond market liquidity with its massive purchases.

Only financial institutions with accounts at the BOJ are eligible for the funds-supply operation, which means insurers, pension funds and many overseas investors are left out. That could reduce the effectiveness of the new tool in keeping bond yields from rising too much.

It would also effectively serve as a subsidy to financial institutions that can tap the facility, potentially putting its neutrality on the line.

By tweaking the tool, the BOJ can enhance its control over interest rate moves and risks stifling market-driven asset pricing.

Many analysts thus see the move as a quick fix to YCC aimed at buying time for a new BOJ governor to settle in and overhaul the policy crafted by incumbent Haruhiko Kuroda, whose term ends in April.

Some analysts say the new tool could come in handy when the BOJ ends YCC and begins to normalise monetary policy.

When the BOJ decides to ditch the 10-year yield target, it could guide shorter-duration yields, such as those for five-year notes, by offering funds of those maturities at certain rates under the fund-supply operation, they say.

Setting such a target could make the path toward an exit less disruptive for the bond market, instead of shifting straight to a monetary policy with a sole, short-term interest rate target.

Before central banks ventured into unorthodox monetary tools such as quantitative easing, many have traditionally guided monetary policy with a single, short-term interest rate target. 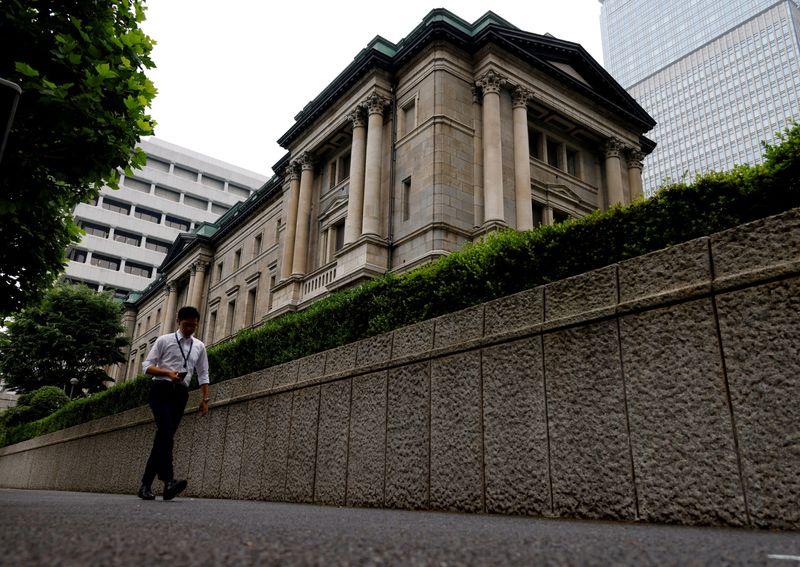