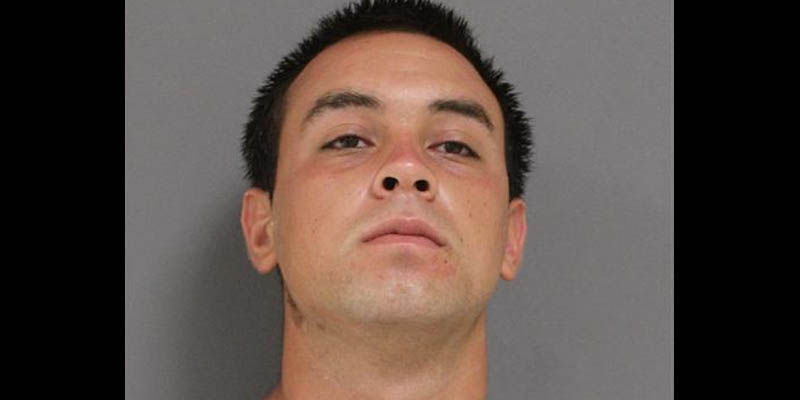 JACKSON TOWNSHIP, NJ –  On Friday July 24, 2020 at approximately 4:00 am, officers responded to Arcadia Court after a 911 call was received at police headquarters. The call was an open line where it appeared 911 was dialed and the phone was set down and a female was heard crying and appeared to be speaking with a male asking him not to kill her.

Officers staged in the area as attempts were ongoing to determine exactly which residence the call had originated from. As the 911 call stayed open at one point the female returned to the phone and the watch commander listening was able to obtain the address and then officers proceeded there.

The investigation revealed that during the evening the victim had a dispute with a male known to her which escalated to him arming himself with a knife and making threats. The suspect was identified as Adam Ennis, age 23 of Lakewood, NJ. He was charged with: 2nd degree terroristic threats, 3rd degree aggravated assault, 3rd degree criminal restraint, 3rd degree possession of a weapon for an unlawful purpose, 4th degree unlawful possession of a weapon, harassment and simple assault. He was processed and lodged in the Ocean County Jail.

In the past few months, violent criminal acts have been on the rise in Jackson. Here’s a few things that have happened.

Two beaten, removed from their car in Jackson