NEW YORK – New York Attorney General Letitia James today announced that 182 firearms were turned in to law enforcement at a gun buyback event on Long Island hosted by her office, Nassau County Executive Laura Curran, Acting Nassau District Attorney Joyce Smith, and the Nassau County Police Department. The Office of the Attorney General (OAG) accepts — with no questions asked — working and non-working, unloaded firearms in exchange for compensation on site. To date, Attorney General James has taken 2,500 firearms out of communities through gun buyback events and other efforts since taking office in 2019.

“Every gun taken off our streets or out of our homes is one potential tragedy averted,” said Attorney General James. “Through the gun buyback events we have hosted throughout the state and our efforts taking down violent drug rings, we have successfully collected 2,500 guns and made all our communities safer. I’m proud of the work we did today to protect families across Long Island, and we will continue to do everything in our power to combat gun violence. I thank Nassau County Executive Laura Curran for her partnership and to all those who did their part today to make our state safer.” 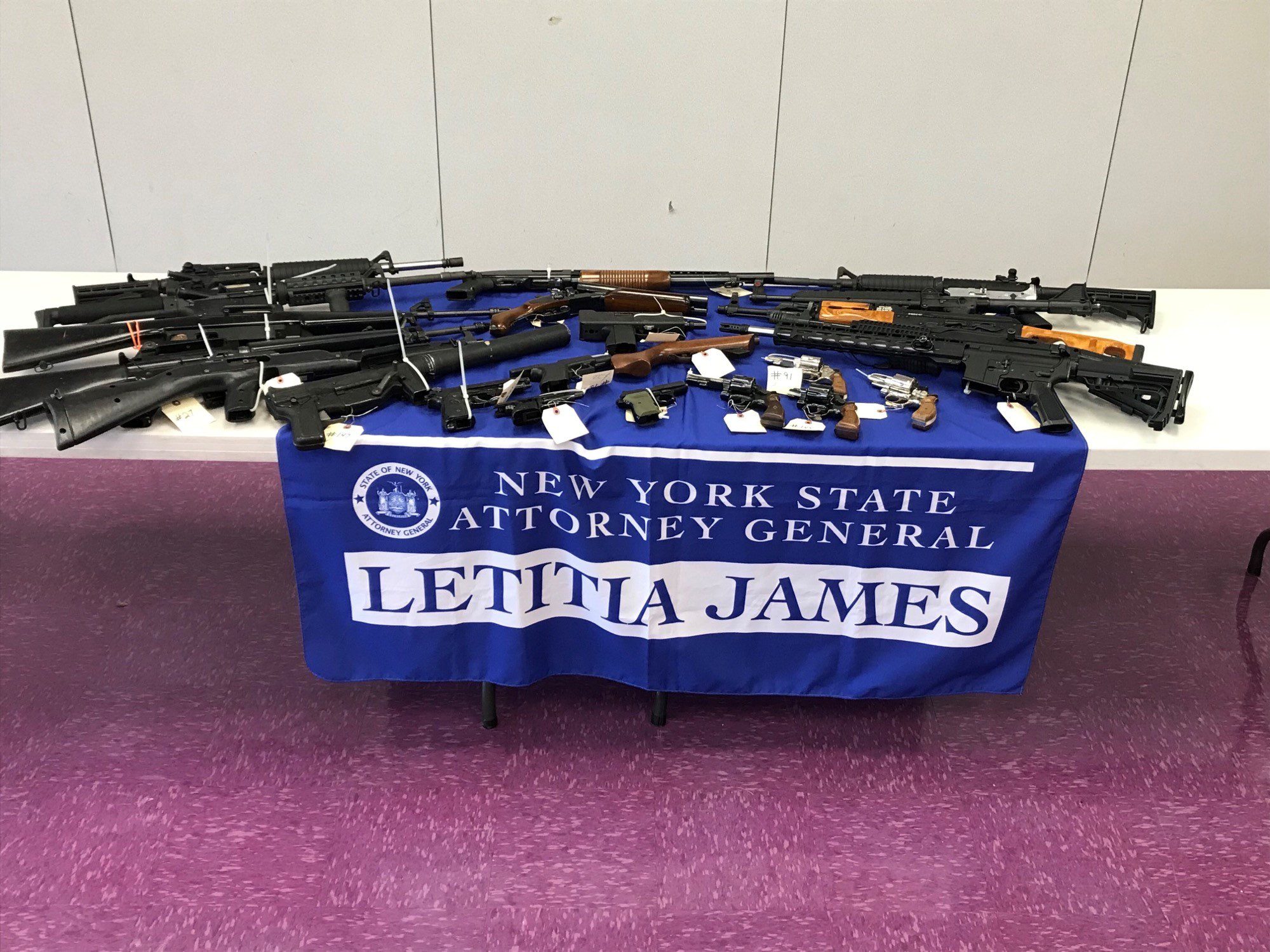 Today’s community gun buyback resulted in the collection of 182 guns, including 100 handguns, 67 shotguns and rifles, and 15 assault weapons. Since 2013, OAG has hosted gun buyback events throughout New York state and has successfully collected nearly 4,500 firearms.

In exchange for the firearms, OAG offered monetary compensation, in the form of cash, when an unloaded gun was received and secured by an officer on site.

“Keeping residents safe is a priority for county government and we are using a wide range of tactics and tools to do that,” said Nassau County Executive Laura Curran. “Buybacks are a proven tool for getting dangerous weapons off the streets and saving lives. I’m proud that Nassau has been named the Safest County in America for the second straight year. However, we must continue to do everything we can, at every level of government, to prevent gun violence — because even one gun death is one too many.”

“We have lost too many lives to preventable gun violence in our country. Buyback programs like this one, paired with smart, common sense gun laws, will go a long way towards protecting our communities and preventing future tragedies,” said Acting Nassau County District Attorney Joyce Smith. “We owe it to those we have lost to stay committed to the mission of ending this senseless violence once and for all. I am proud to be working with County Executive Laura Curran, Attorney General Letitia James, and the Nassau County Police Department on this important initiative to keep our communities safe.”

Shots fired during dispute in the Bronx

Shots fired during dispute in the Bronx