SANTIAGO (Reuters) – Chilean presidential candidate Gabriel Boric, champion for the left and one of the top runners in pre-election polls, said on Wednesday he had tested positive for COVID-19 and would self-isolate, less than three weeks before the Andean country votes.

In a post on Twitter, center-left former student leader Boric, 35, said he had just received the positive test and called on his contacts to follow pandemic protocols.

The leader of the broad leftist Frente Amplio coalition, which includes the country’s Communist Party, had gone into preventive isolation earlier in the week when he posted that he had a fever, a challenge for his team ahead of the Nov. 21 vote.

Boric is seen just behind ultra-conservative candidate José Antonio Kast in election polls, with many surveys showing the leftist winning a likely second-round run-off in December.

Chile’s presidential election, the first since widespread protests in 2019 rocked the world’s top copper producer, is a crossroads for the nation, long seen as a safe harbor for investors, miners and business in South America.


Boric’s press team said the candidate has already received two vaccine doses against the virus and had been planning to take a booster shot.

“Let’s take care of ourselves and ensure no one goes without their vaccine,” Boric said on Twitter.

“We will connect to talk about the changes that we will promote together, and once the protocols are met I will be with you again on the streets. My hugs to all our volunteers who today more than ever lead our campaign.” 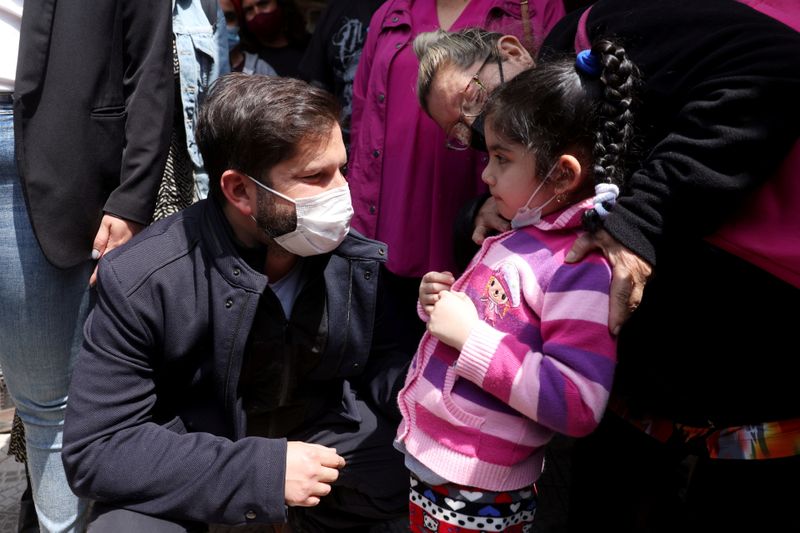