KENOSHA, Wis. -Jurors saw a series of graphic videos on Wednesday showing the chaotic moments after teenager Kyle Rittenhouse shot three protesters in Wisconsin, including one man who lay motionless and bleeding and another screaming as blood gushed from his arm.

Some of the jurors were visibly uncomfortable as they were bombarded with violent images from Aug. 25, 2020, the night Rittenhouse, then 17, fatally shot two men and wounded a third with a semi-automatic rifle during unrest in the city of Kenosha.

Wearing a dark blue suit and tie, Rittenhouse watched the videos calmly, intermittently turning his eyes away from the screen. He has pleaded not guilty to charges of homicide and attempted homicide and says he acted in self-defense.

A Kenosha police detective agreed under cross-examination by

Rittenhouse’s lawyers that the first person shot that night, Joseph Rosenbaum, had pursued the teen even after he yelled: “Friendly, friendly, friendly” in an apparent attempt to relay to the crowd that he meant no harm.

But the videos shown by Kenosha County Assistant District Attorney Thomas Binger drove home the violence of that night.

One juror nudged his reading glasses and rubbed his chin anxiously as he viewed the scenes, while others shifted uncomfortably in their chairs as video of Rosenbaum lying motionless surrounded by glass and blood was shown to them, according to a pool report from the courtroom, where media access has been limited for the high-profile trial.

“Put pressure on it!” one person can be heard yelling as a crowd gathered and attempted to provide aid to Rosenbaum, who had thrown a plastic bag with toiletries at Rittenhouse and chased him. “Where’s the hole?” another person screams, as the group searches for the bullet wounds.

The jury was also shown video of Rittenhouse fleeing the scene of the Rosenbaum shooting and being chased by a growing crowd of protesters, some of them yelling things like “Get him” before he has a series of violent encounters.

After stumbling to the ground, Rittenhouse fatally shoots Anthony Huber, a 26-year-old who swung a skateboard at him, and hits Gaige Grosskreutz, now 27, with a bullet that ruptured his bicep. Grosskreutz was holding a handgun when he was shot.

“I need a fucking medic!” Grosskreutz screams in one video, with blood spewing from his arm.

Rittenhouse’s attorneys are trying to establish Rosenbaum, 36, as the aggressor and to show their client was justified in shooting Huber and Grosskreutz because he feared for his life.

Some legal experts https://www.reuters.com/world/us/prosecutors-face-tough-test-trial-us-teenage-protest-shooter-rittenhouse-2021-10-28 have said the prosecution faces a tough task securing a conviction. Under Wisconsin law, people can use deadly force if they “reasonably” believe it necessary to prevent someone from killing or causing bodily harm to them.

Martin Howard, a Kenosha detective who was called by Binger to explain the video evidence, agreed under cross-examination that FBI surveillance video showed Rosenbaum was chasing Rittenhouse when he was shot.

Howard also agreed to a point the defense is expected to stress in the trial – that Rittenhouse was afraid in part because the people he shot were reaching for his gun.

“Sir, if a weapon is taken from somebody, it can be used against them as a deadly and dangerous weapon, correct?” defense attorney Mark Richards asked Howard.

Rittenhouse has emerged as a hero to some conservatives who believe in unfettered gun rights and see the shootings as justified during the chaos in Kenosha, while many on the left see him as an example of a gun culture run amok.

The unrest in Kenosha erupted after a white policeman shot and seriously wounded Jacob Blake, a Black man, two nights before the shootings. That incident took place against the backdrop of nationwide protests over racism and police brutality following the May 2020 murder of George Floyd, another Black man, by a policeman in Minneapolis. 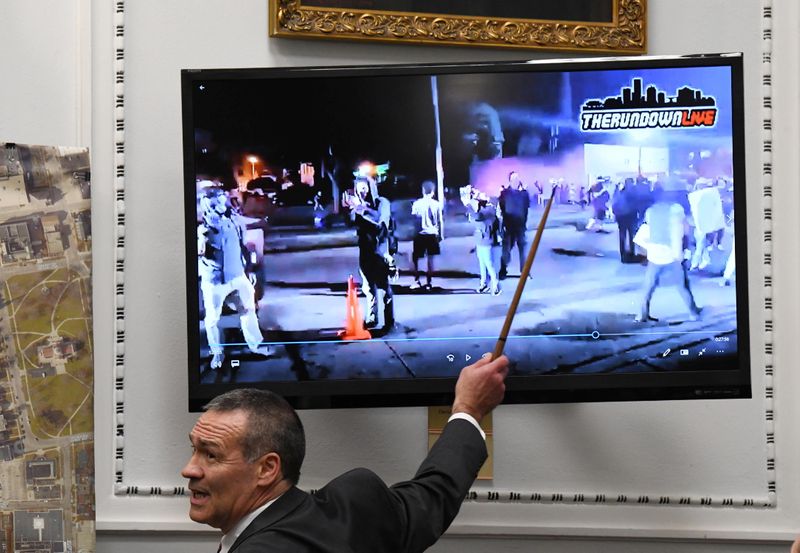 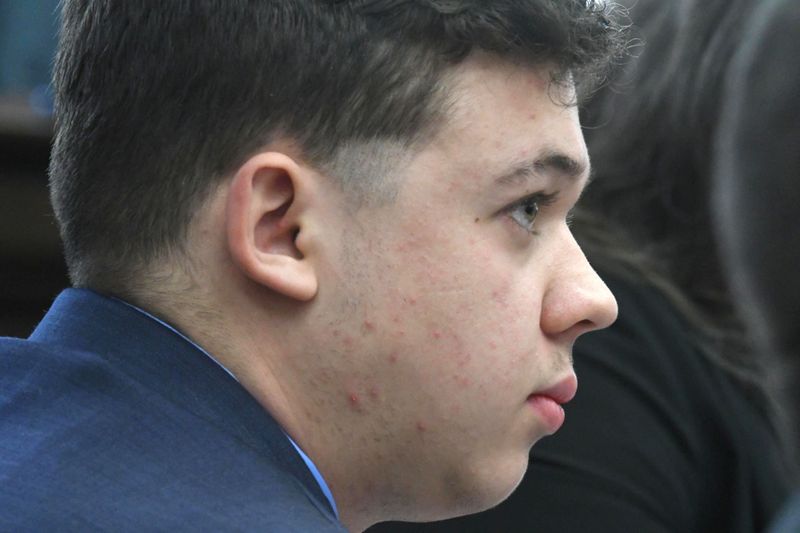 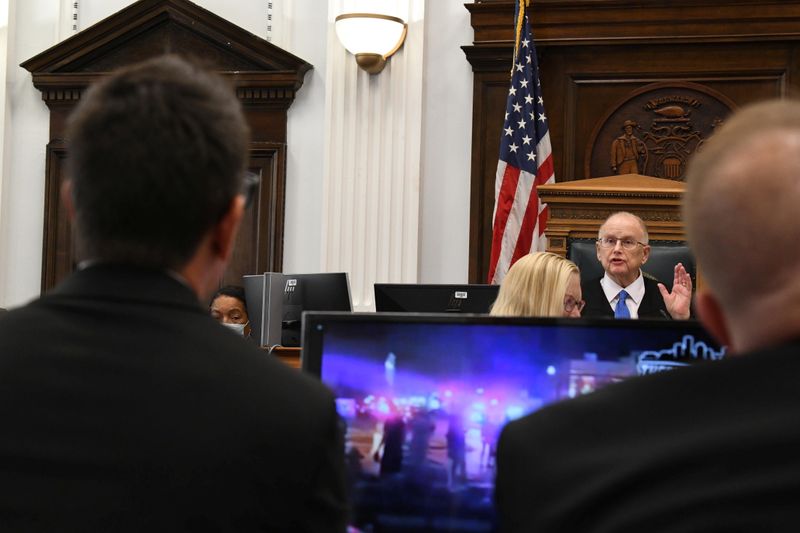 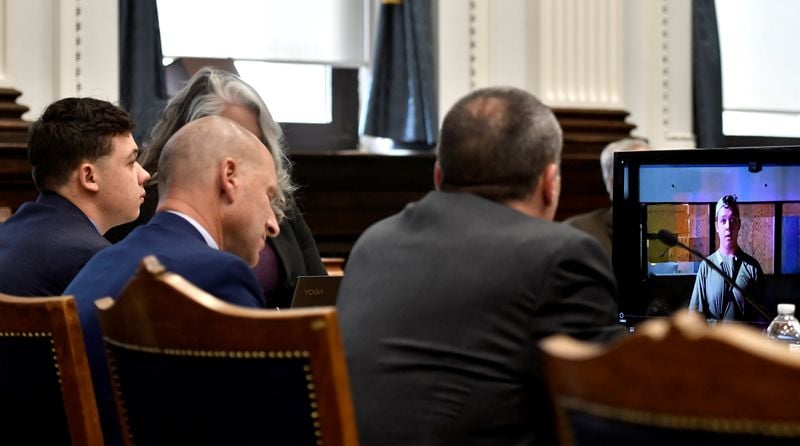 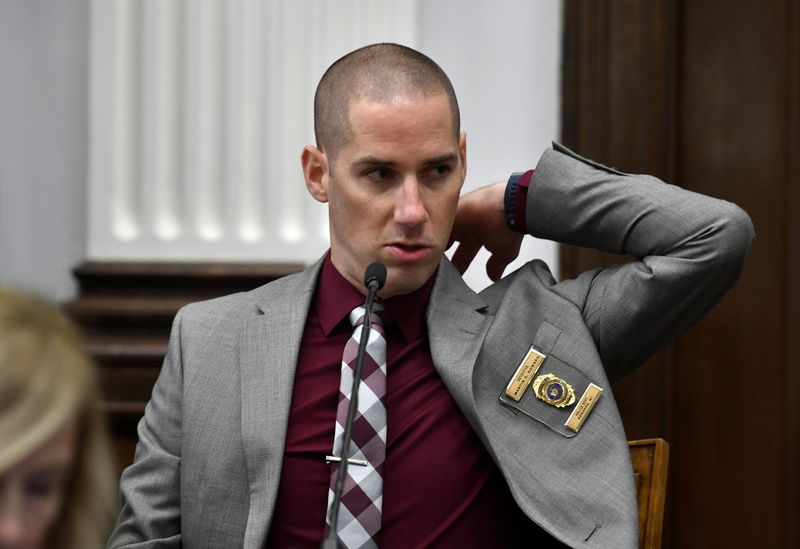 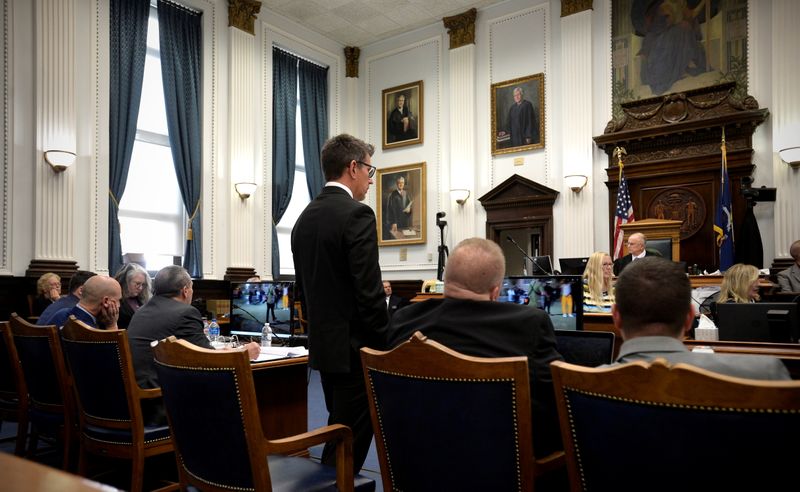