-A surge of fans pushing toward the stage while rap star Travis Scott performed at a Houston-area music festival last week has left eight people dead https://www.reuters.com/world/us/investigations-widen-into-deadly-stampede-houston-rap-concert-2021-11-07 and hundreds injured.

Here are profiles of the eight people who were killed:

Baig’s heroic final actions were remembered on Facebook by his brother, who said the man died trying to save his fiance from being crushed.

“My brother Danish Baig (was) a beautiful soul whose smile would light up the room and put everyone before himself. Last night he showed his courageous act to save my sister in law/his fiancé from those horrendous things that were being done. I am lost of words and in true trauma from this event. I was there and I wasn’t able to save my brother,” Basil Mirza Baig wrote on Facebook.

Danish and his fiance, Olivia Swingle, 25, both worked at AT&T Inc, his family told People.com. Danish, 27, who worked as a company district manager and travelled to the concert from Dallas, was a baby when he moved with his family from Karachi, Pakistan, to Texas.

Basil Baig told reporters that Travis Scott, Live Nation Entertainment Inc and “anybody who was affiliated with the Astroworld festival, they should be held liable and accountable for everything. They have blood on their hands.”

A college junior at Southern Illinois University in Carbondale, Jurinek was remembered as “a creative, intelligent young man, with a promising career in journalism and advertising,” the school’s chancellor, Austin Lane, said in a statement.


Jurinek was on the dean’s list this semester as a journalism major focusing on radio, television and digital media, a school spokeswoman said.

Jurinek lived in Naperville, Illinois, about 30 miles (48 km) west of Chicago. The 20-year-old college student spent many weekends with his father after the death of his mother in 2011, the New York Times reported.

Another Naperville, Illinois, native was Patino, 21. He attended the University of Dayton, where he was a mechanical engineering technology major. He also joined several campus organizations, including Alpha Psi Lambda, a Hispanic interest fraternity and the Society of Hispanic Professional Engineers.

Acosta, 21, died in the crush, Houston-based Buzbee Law Firm said in a statement. A lawsuit against several parties involved in the Astroworld music festival will be filed on behalf of Acosta’s family and other victims, the lawyers said. Acosta, who was from Tieton, Washington, was a junior at Western Washington University in Bellingham. He was majoring in computer science, the New York Times reported.

The youngest person to be killed was Hilgert, 14, who was remembered over the weekend with green ribbons – his favorite color – placed around the campus of Houston-area Memorial High School, where he was a freshman, according to local television station KHOU.

An avid baseball player, he was known for his “unforgettable smile” and for striving for his best performance “every day, every game, every pitch,” Jordan Venable, the director of a travel baseball club, wrote on Facebook.

A member of the band at Heights High School in Houston who loved to dance, Rodriguez, 16, was “someone who could always make anyone smile,” the band’s Twitter account wrote. Her family set up an online fundraiser to help pay for funeral expenses.

The last victim to be publicly identified was Dubiski, 23, whose family lived in Cypress, Texas, about 30 miles northwest of Houston. Dubiski’s name appeared on a complete list of the dead that was tweeted on Monday by Harris County Judge Lina Hidalgo. Dubiski attended the University of Mississippi after graduating from Cy-Fair High School, according to a family member’s Facebook page that included photographs of her bright smile. Dubiski had been a high school cheerleader, the Houston Chronicle reported. 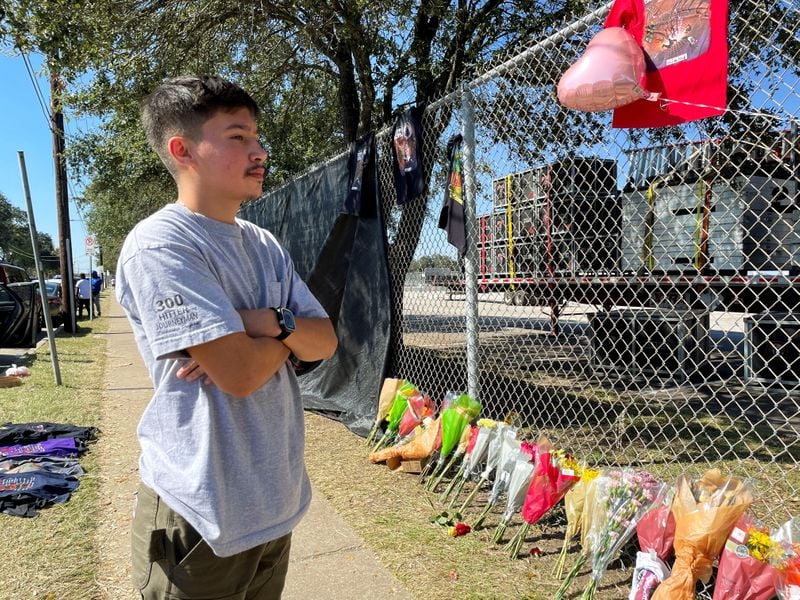