By Nandita Bose and Mohammad Zargham

WASHINGTON -U.S. President Joe Biden said he was “deeply troubled” by Kellogg Co’s plans to hire permanent replacements for striking unionized employees after they voted down a proposed contract this week.

Biden, who has put unions at the center of his policymaking, said such actions undermine the critical role collective bargaining plays in giving workers a voice.

“Permanently replacing striking workers is an existential attack on the union and its members’ jobs and livelihoods. I have long opposed permanent striker replacements and I strongly support legislation that would ban that practice,” Biden said in a statement.

Kellogg said earlier this week that a majority of its U.S. cereal plant workers had voted against a new five-year contract, forcing it to hire permanent replacements as employees extend a strike that started more than two months ago.

Kellogg spokesperson Kris Bahner said on Friday the company is “ready, willing and able to negotiate with the union” and has made every effort to reach a fair agreement, including making six comprehensive offers to the union throughout negotiations.

“We agree that this needs to be solved at the bargaining table. Our objective has been – and continues to be – to reach a fair agreement for our people,” Bahner said in a statement.

This is the second time Biden has weighed in on a key labor action to express his support for unions and the organized labor movement.

In February, he defended workers’ rights to form unions as Amazon.com Inc employees in Alabama prepared to vote on whether to unionize. Last month, a regional director for the U.S. National Labor Relations Board ordered a rerun of that election, which ended in a defeat for the union effort.


Biden and Democrats have tried to stop the practice of permanently replacing workers who are striking, which is currently legal, via the Protecting the Right to Organize Act, or PRO Act. The legislation was passed by the U.S. House of Representatives in March but faces long odds in the Senate.

The percentage of U.S. workers represented by a union fell almost 15 percentage points between 1979 and 2020, according to the White House. That drop, the White House says, has cost workers $200 billion a year in unrealized wages and benefits.

Actions taken by Biden, who is considered one of the most pro-union presidents in the history of the United States, has offered the U.S. labor movement significant momentum, Liz Shuler, president of the AFL-CIO, told the Reuters Next Conference last week. 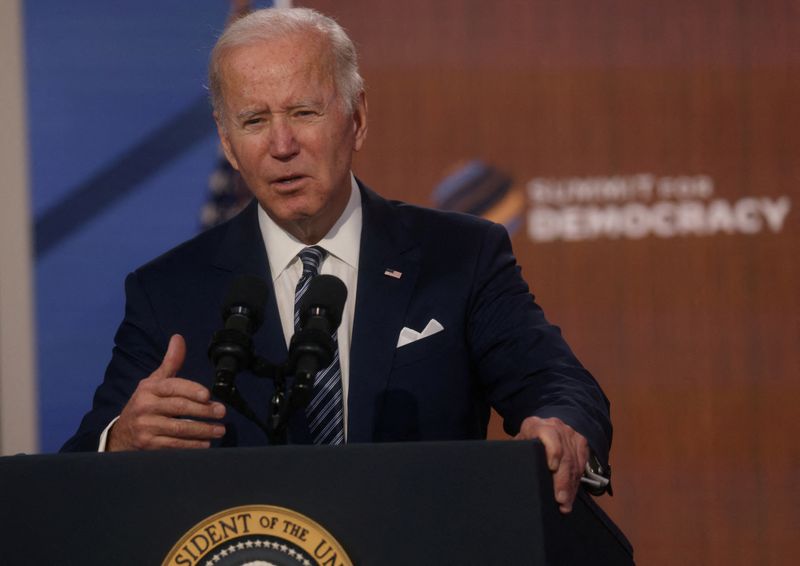