Kennedy, 64, is the daughter of John Kennedy, the 35th president of the United States who was assassinated in 1963. She previously served as U.S. ambassador to Japan from 2013-2017 under former President Barack Obama.

Kwan is the winner of two silver Olympic medals in figure skating. She has served as an adviser to the U.S. Department of State on women’s issues.

Australia is a key ally to the United States and that relationship has strengthened in response to China’s growing power and increasingly assertive behavior in Asia and beyond.

Kennedy’s experience in Japan should be helpful in Canberra given that Australia and Japan are both members of the so-called Quad grouping, which includes the United States and India, that has been expanding cooperation https://www.reuters.com/world/china/quad-leaders-meet-white-house-amid-shared-china-concerns-2021-09-24in the face of China’s rise.

In September, the United States, Britain and Australia announced a security pact dubbed AUKUS that will help Australia acquire U.S. nuclear-powered submarines https://www.reuters.com/world/asia-pacific/australia-get-us-nuclear-submarine-technology-china-looms-large-2021-09-15 and expand its security reach in the IndoPacific region.

Related News:   Medical Examiner’s Office Running Out Of Room For Dead Bodies Thanks To Fentanyl Epidemic

Kennedy was the first female U.S. ambassador to Japan. She trained as an attorney and has co-authored books on civil liberties and edited anthologies of poetry.

It was unclear when Kennedy might be confirmed in her post, which requires Senate approval. Senate Republicans have been blocking dozens of Biden’s nominees for diplomatic posts, including Nicholas Burns to be ambassador to China since his nomination in August. 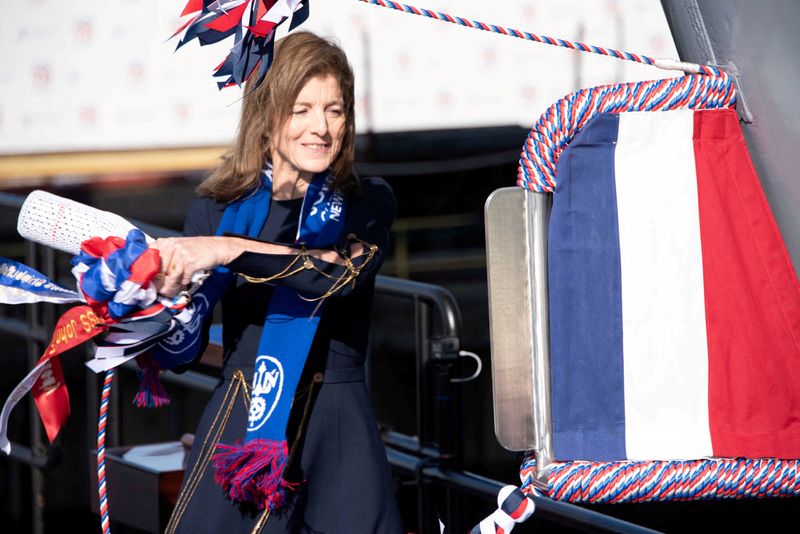