By Rod Nickel and Cheney Orr

MAYFIELD, Ky. – Six days after a monstrous tornado descended on Mayfield, the devastated Kentucky city is still without power, its streets dark and dangerous when the sun goes down.

The twister leveled entire blocks in the city, while leaving other parts almost untouched. Downed power lines snake across roads and yards. The buzz of chainsaws is incessant during daylight hours as crews clear the last of the trees felled by the storm.

“We can’t call this home. The only thing we can call this when we look at it – I’ll be honest – is a junkyard,” said Vinisha Stubblefield, 38, a lifelong resident.

As of Thursday, 22 people were confirmed dead in Graves County, whose seat is Mayfield, a city of 10,000 people. The total includes eight killed in a candle factory that was leveled by the tornado.

Even so Stubblefield – like many of her neighbors interviewed by Reuters – hopes to stay and rebuild despite the wrecked local economy and the threat of more tornadoes in the future. It is a dilemma that many communities have faced after major disasters, whether the victims of wildfires in California or hurricanes in Louisiana.

In Mayfield, at least in the immediate aftermath of Friday’s tornado, the emotional attachment to home seems to have won out over the uncertainty of job prospects and the emotional trauma suffered by many.

Government aid may help. President Joe Biden walked through Mayfield and nearby Dawson Springs on Wednesday, surveying the wreckage left by a storm system that killed at least 75 people in Kentucky and 14 elsewhere. He promised to rebuild the communities that have suffered billions of dollars in damage.

Kentucky Governor Andy Beshear said on Thursday that 16 people still are missing in his state.

FEMA, or the Federal Emergency Management Agency, is receiving applications from residents for disaster relief to help pay costs of temporary housing and home repairs.

The tornado had sheared off the roof and toppled some walls but largely spared the bathroom where Valero, her husband and 8-year-old granddaughter took shelter when the twister struck. The family relies on income from her husband’s construction work.

The city is under an order to boil water for drinking or cooking, and it accounts for more than one-third of Kentucky’s 14,000 electricity outages. It could take days before crews can resurrect utility poles and hook up transmission lines.

The sheer magnitude of the rebuild – with entire neighborhoods of homes and workplaces destroyed – is daunting. It may take a long time before Mayfield is made whole again.Pastor Stephen Boyken of His House Ministries in Mayfield said the most urgent need was shelter. Volunteers from the church were rushing to tarp homes and businesses on Thursday before forecast rains began.

“There’s so many houses wiped off the map and many of these apartments aren’t livable right now,” the pastor said. Volunteers were also delivering about 150 donated generators to homes, he said.

Boyken said he expected some residents to leave, but for those with deep roots in Mayfield and Dawson Springs to stay.

Anthony Moss, a 34-year old electrician, plans to fix the Mayfield house where he lives with his fiancee and her son, although he is not sure how he will get the money. The storm pushed a 50-year-old tree onto his house, smashing in the roof and wrecking an upstairs bedroom.


He has no insurance coverage on the 57-year-old home. He hopes government programs will help him rebuild.

Still, Moss feels grateful. His family, including their four American Bulldogs, were able to move into the basement. They have a generator and kerosene heat.

Many of the homes around his were flattened. “Look around here, my house is the only one standing,” he said. “I’m not going anywhere.”

Devin Perry, 18, lives with his mother Denise Jones, 37, who is in poor health, and a brother Tae Perry, 19. Two other brothers live next door. His family survived – “cheated death,” as Devin Perry puts it – but both homes are destroyed.

The family plans to rebuild – somehow.

“This is our home. This is where we were born,” he said. “We have nothing left. But you can’t give up, because if you give up, that means everything you worked for was for nothing.” 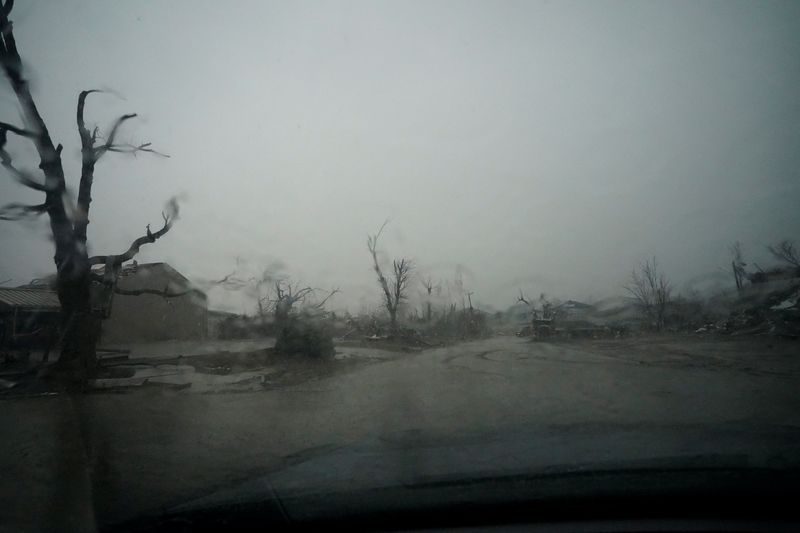 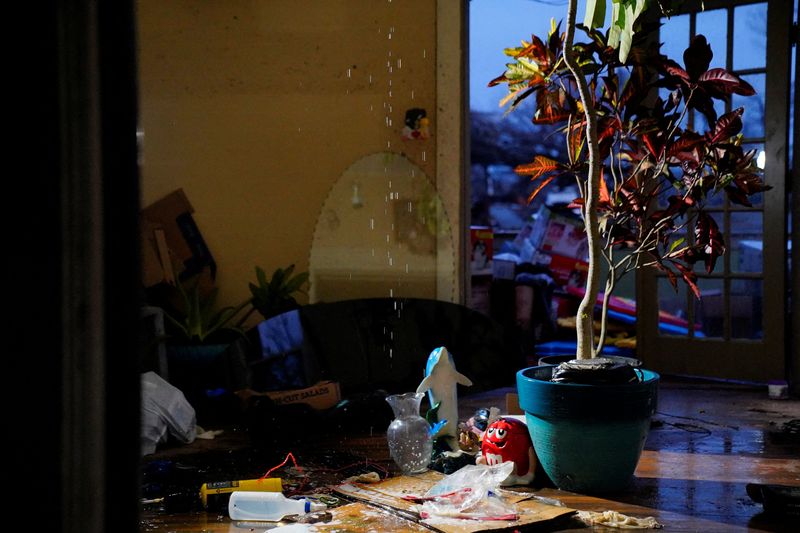 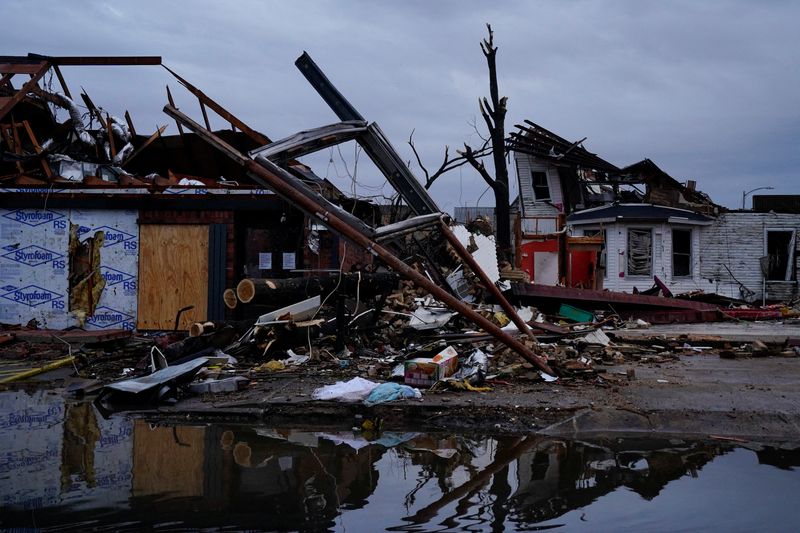 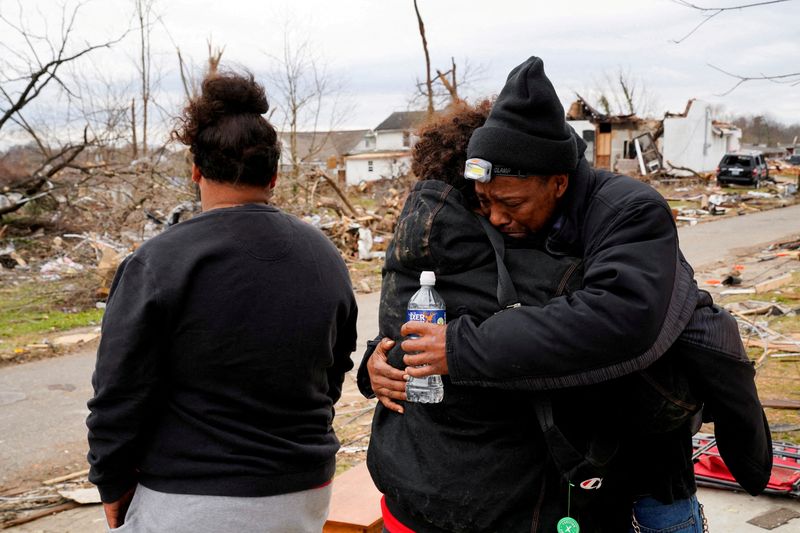 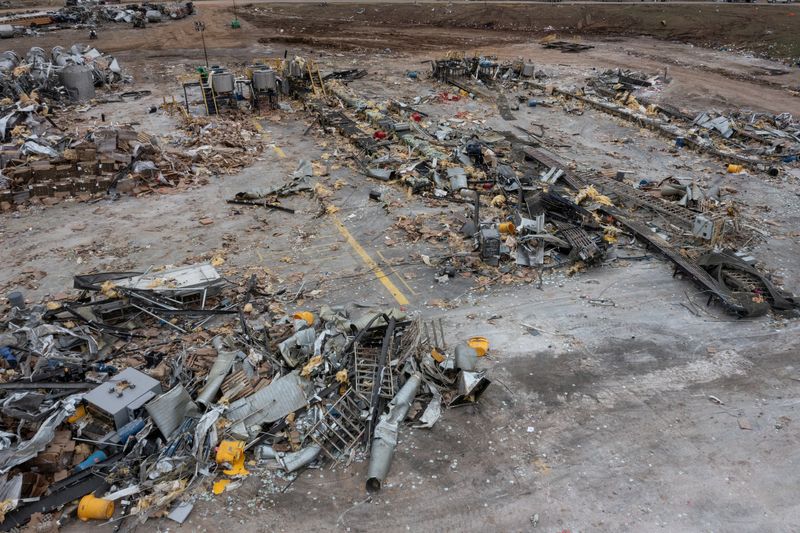