– Shares of AMC Entertainment and GameStop Corp roared higher on Friday, as investors pounced on the beaten-down meme stocks after a weeks-long decline in their prices.

The shares of movie theater operator AMC were last up 23.1% at $30.09 and on track for their biggest one-day percentage gain since July.

Some market participants tied the jump to big preview numbers for the “Spider-Man: No Way Home” movie ahead of what is expected to be a massive weekend at cinemas.

About 30% of AMC’s open options were set to expire at the end of Friday’s session, leading to a surge in trading volume as traders placed wagers on where the stock would end the day.

AMC saw about 1 million contracts traded by 1300 EST (1800 GMT), or three times expected volume. Options volume was projected to hit 1.6 million contracts for the day, making it the busiest day for AMC options in about four months, according to Trade Alert data.

Trading sentiment leaned toward bullish bets, with about 60% of the volume in contracts set to expire by the end of the session, according to Trade Alert.


Both stocks soared earlier this year, fueled in part by individual traders’ coordinating in online chatrooms. AMC is up about 1,300% year-to-date while GameStop has gained about 740%. 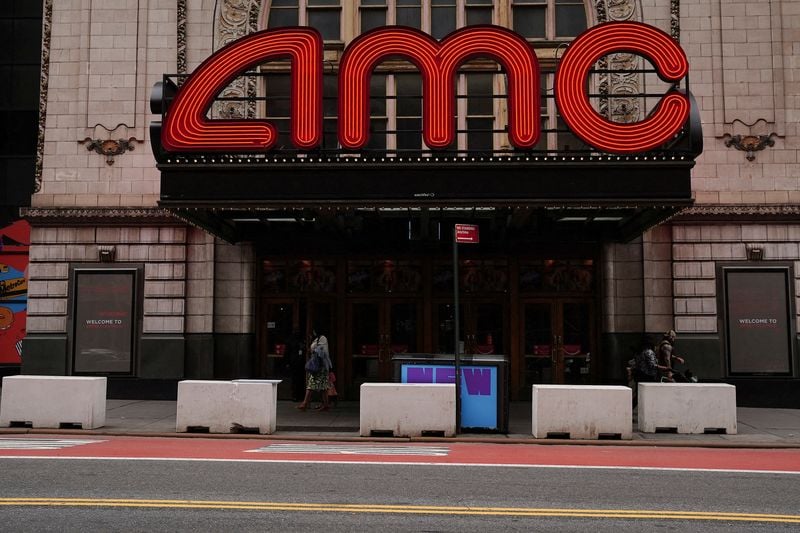