ABOARD AIR FORCE ONE – White House press secretary Jen Psaki said the United States has seen proposals from Russia to start talks that could help defuse the crisis over Ukraine and is speaking with its European allies and partners.

Russia said on Thursday it was ready to send a government negotiator “at any moment” to start talks with the United States on the security guarantees it is seeking.

“There will be no talks on European security without our European allies and partners,” Psaki told reporters.

“We will not compromise the key principles on which European security is built, including that all countries have the right to decide their own future and foreign policy, free from outside interference,” she added.

Ukraine and the United States say Russia has moved more than 90,000 troops within reach of the Ukrainian border and may be poised to invade, which Moscow denies.

Russia says it feels threatened by growing ties between NATO and Ukraine, which wants to join the alliance, and the possibility of NATO missiles being deployed against it on Ukrainian soil.

Psaki said the United States has engaged with Russia for decades and does not see why the United States cannot do that going forward to reduce instability, but reiterated that it will be done in partnership with European allies.

Kremlin spokesperson Dmitry Peskov said on Thursday presidents Vladimir Putin and Joe Biden, who held a two-hour video call on Dec. 7, could speak again before New Year, though nothing firm had been agreed.

(Writing and additional reporting by Nandita Bose in Washington; editing by John Stonestreet and Nick Zieminski) 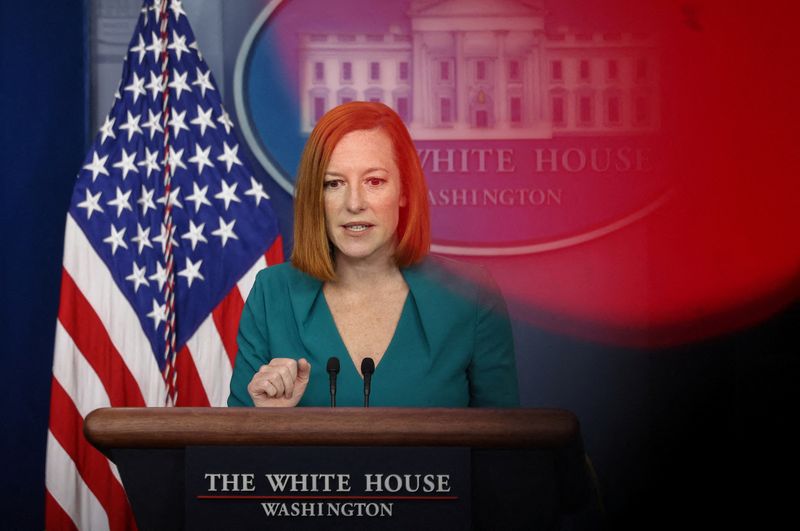