WASHINGTON – A bid by the White House to dramatically boost electric vehicle tax credits hit a major roadblock on Sunday when a key Senate Democrat said he would not support a $1.75 trillion domestic investment bill.

The bill includes increasing the current $7,500 EV tax credit to up to $12,500 for union-made U.S. vehicles as well as creating a credit of up to $4,000 for used vehicles. The bill would also again make General Motors and Tesla Inc eligible for tax credits after they hit the 200,000-vehicle cap on the existing $7,500 credit.

The bill also includes a 30% credit for commercial electric vehicles.

GM and Ford are both launching electric pickup trucks in 2022 and new tax credits could be crucial to meeting initial sales targets, as well as meeting rising vehicle emissions requirements.

Biden wants 50% of new U.S. vehicles to be electric or plug-in electric hybrid by 2030. The administration is expected as soon as this week to finalize tougher new vehicle emissions rules through 2026, automakers say.

Manchin opposes a $4,500 tax credit for union-made vehicles that is part of the $12,500 proposal. He calls the union credit “wrong” and “not American.”

Tesla and foreign automakers operating in the United States do not have unions representing assembly workers and many have fought UAW efforts to organize U.S. plants.

Toyota Motor Corp, which has a plant in West Virginia but whose U.S. employees are not union members, has lobbied against the $4,500 union credit.

Toyota announced this month it is building a $1.29 billion battery plant in North Carolina, while EV startup Rivian Automotive said on Thursday that it will build a $5 billion plant in Georgia.

Vehicles would have to be made in the United States starting in 2027 to qualify for any of the $12,500 credit, which includes $500 for U.S. made batteries. It has faced criticism from Canada, Mexico, Japan and the European Union. 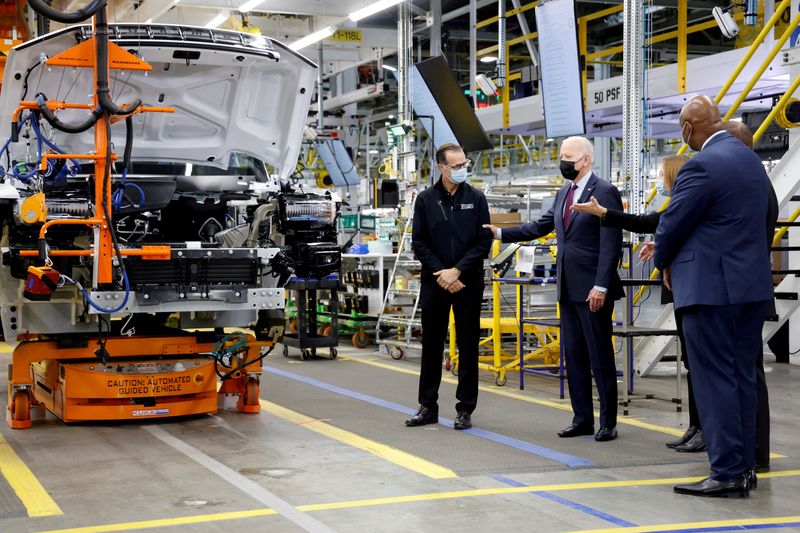