FRANKFURT – The Bundesbank’s likely next president, Joachim Nagel, is a member of the ruling Social Democratic party and a former policymaker at the German central bank who upheld its conservative credo when he got a board seat.

He will take over on Jan. 1 from Jens Weidmann, who quit five years early after a decade of fruitless opposition to the European Central Bank’s aggressive stimulus policy of sub-zero interest rates and massive purchases of government bonds, according to press reports and a government source.

As Germany’s representative on the ECB’s Governing Council, Nagel will have a say in key decisions, starting with how the ECB should handle a period of exceptionally high inflation and uncertainty stemming from the coronavirus pandemic.

Nagel’s nomination is expected to be formalised this week.

The 55-year old economist joined the Bundesbank in 1999, rising through the ranks to reach the board in just over a decade before switching to state-owned lender KfW in 2016.

Currently employed by the Bank for International Settlements, Nagel has not publicly expressed any views on monetary policy for years.

But the speeches he gave as a Bundesbank board member between 2010 and 2016 show he adhered to the German central bank’s tough stance on inflation and emphasis on market discipline for banks and governments.

In spring 2012, as traders unconvinced by the ECB’s timid purchases of bonds from the most indebted euro zone governments were betting on a break-up of the currency bloc, Nagel said the ECB should resume its focus on inflation, not state finances.

“The clear separation of duties between fiscal and monetary policy must not be put into question,” he said. “Monetary policy should concentrate as soon as possible again solely on ensuring price stability in the euro area.”

The Bundesbank lost that battle: then-ECB President Mario Draghi’s famous pledge to do “whatever it takes” to save the euro followed just a few months later and the ECB launched the first of several massive bond-buying schemes.

In the decade since, the euro zone’s central bank has amassed trillions of euros worth of bonds, mostly sovereign debt issued by its 19 member states.

The initial aim was to revive price growth in the euro zone, while more recently the ECB has sought to ease the burden on governments taking on unprecedented amounts of debt to finance the fight against COVID-19.

Under Draghi as well as his successor Christine Lagarde, the ECB has also provided banks with increasingly cheap multi-year loans, recently even paying them to borrow provided they do not shrink their own loan books.

All these measures were opposed by Weidmann and Nagel’s speeches show he had similar reservations.

Speaking months after the launch of the ECB’s Asset Purchase Programme in 2015, Nagel said the Eurosystem of euro zone central banks had already done all it could.

“With its crisis measures, the Eurosystem has reached the limits of its mandate,” Nagel said in October of that year. “It must be clear to all market players that there must be no permanent dependence on central bank financing.”

The Bundesbank has since grudgingly accepted the purchase of government bonds as one of the ECB’s tools.

Nagel’s appointment is one of the first decisions taken by Germany’s new government, comprising new chancellor Olaf Scholz’s Social Democrats, the Greens and the Liberal FDP.

Their coalition, which marks a reorientation of German politics after 16 years of government by Angela Merkel’s conservatives, is expected to spend and invest more generously.

But even with Nagel, himself a Social Democrat, at the helm, the Bundesbank’s deeply ingrained scepticism towards feeding the economy out of the public purse is unlikely to change.

As far back as June 2014, he said the economy needed to be weaned off public support, arguing in a speech that: “The real economic recovery must have a sustainable foundation.

“Growth must be based more on private consumption,” Nagel said then. “Only that can help the economy develop from its current dependence on extraordinary monetary policy and government spending and investment.” 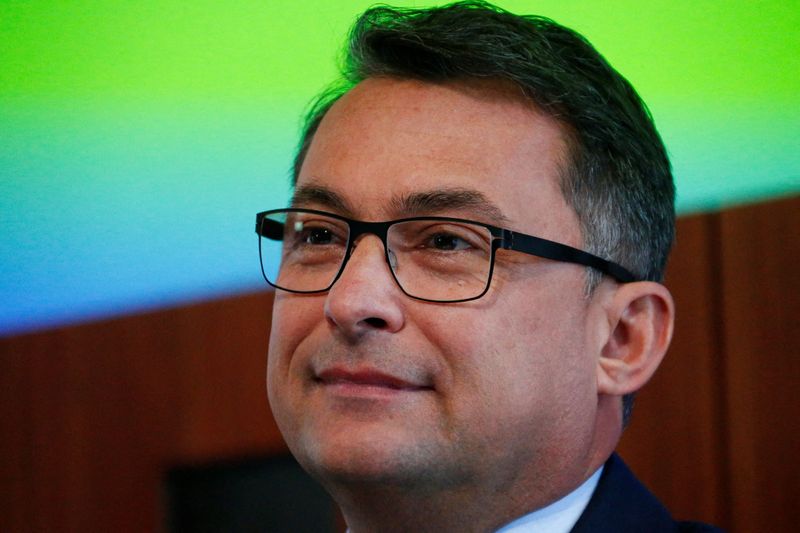