WASHINGTON -U.S. Senators Elizabeth Warren and Cory Booker said on Sunday they both tested positive for COVID-19 and were experiencing mild symptoms amid a nationwide surge in coronavirus cases.

Warren, a Massachusetts Democrat, 72, said on Twitter she is vaccinated and boosted and regularly tested for COVID-19, and “while I tested negative earlier this week, today I tested positive with a breakthrough case.”

Booker, 52, a New Jersey Democrat, said on Twitter he had learned Sunday of his positive test “after first feeling symptoms on Saturday.” He added he had “relatively mild” symptoms and recently had received a vaccine booster. “I’m certain that without them I would be doing much worse,” he said.

There were long lines at a Capitol Hill COVID-19 testing location last week. The Senate adjourned early Saturday until Jan. 3.

Warren’s diagnosis comes amid a surge of U.S. COVID-19 cases.

Earlier Sunday, Warren tweeted: “As cases increase across the country, I urge everyone who has not already done so to get the vaccine and the booster as soon as possible – together, we can save lives.”

On Friday, Southwest Airlines said its Chief Executive Gary Kelly tested positive for COVID-19 after appearing at a U.S. Senate Commerce hearing on Wednesday alongside other airline industry executives. Southwest said Kelly was vaccinated and recovering at home.

Warren and Booker are not members of the Commerce Committee.

Republican Senator Lindsey Graham of South Carolina also said in August he had tested positive. All four were vaccinated and subsequently recovered.

Other senators who previously tested positive and recovered include Rick Scott of Florida, Mike Lee of Utah, Rand Paul of Kentucky, Thom Tillis of North Carolina, Chuck Grassley of Iowa and Bill Cassidy of Louisiana. 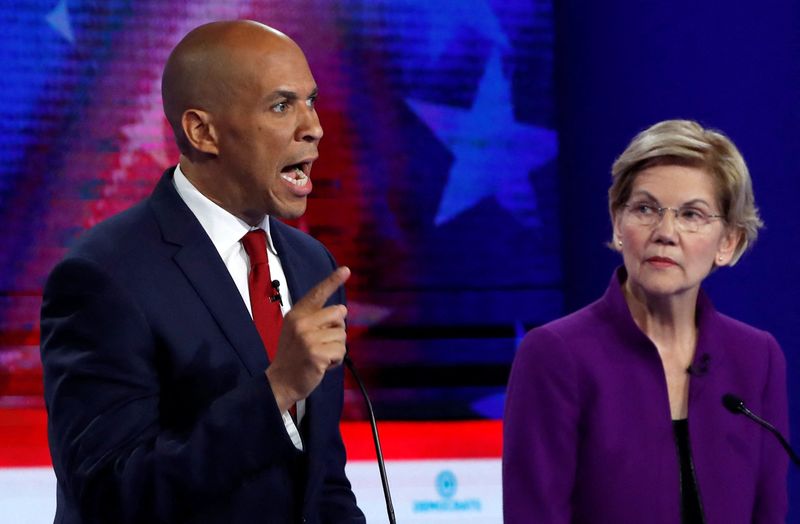