Lasso, a conservative ex-banker who took office in May, has taken various measures to appeal to investors as he seeks to revive an economy battered by coronavirus.

The capital exit tax, charged on transfers made from the Ecuador to other countries, has been harshly criticized by exporters who say it raises their costs.

The 5% tax will be reduced by one percentage point next year, Lasso said in a television interview.

“We are going to reduce the capital exit tax by one point in 2022, through 0.25% (reductions) each quarter and beginning on Jan. 1,” Lasso said.

“It’s a tax on the entrance of capital that has done a lot of harm to Ecuador,” Lasso said. “For fiscal reasons we can’t eliminate it in one go. We need to do it gradually so we don’t impact public finances.”

The tax raised $1 billion in 2020, according to government figures.

Lasso added he is also working to reduce the country’s fiscal deficit, which is set to end this year at around $4 billion and next at $2.6 billion.

“We’ll gradually lower taxes as the economic situation of the country allows,” he said.

Lasso in November ordered the implementation of a controversial tax reform, after lawmakers failed to block or approve the bill.

The reform will raise an additional $1.9 billion in tax revenue during its first two years, partly by increasing tax contributions from larger companies and reducing the amount of deductions those who earn more than $2,000 per month can claim. 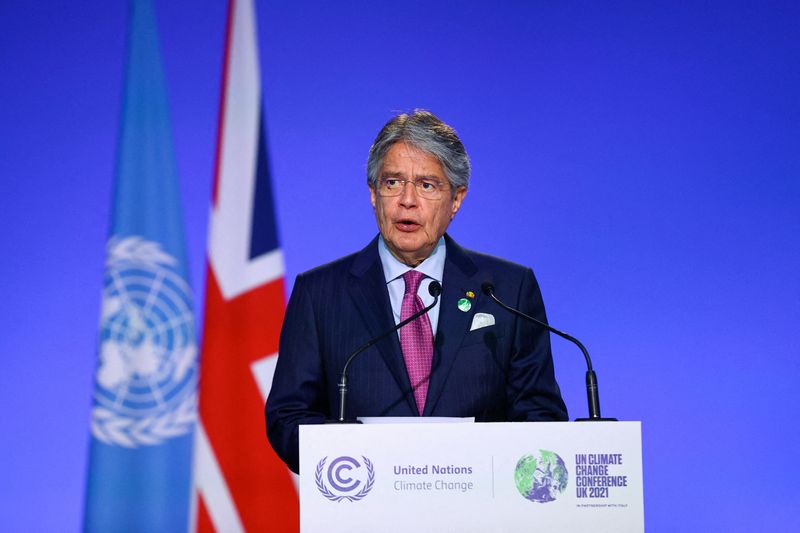