PARIS – Qatar Airways said on Monday it had started proceedings in a UK court against planemaker Airbus in a bid to resolve a dispute over skin flaws on A350 passenger jets, bringing the two sides closer to a rare legal showdown over aviation safety.

The companies have been locked in a row for months over damage, including blistered paint and corrosion to a sub-layer of lightning protection, which Qatar Airways says has now led to the grounding of 21 A350 jets by its domestic regulator.

Airbus insists the carbon-composite passenger jets are safe to fly despite some “surface degradation,” while Qatar Airways says it is too early to say whether safety has been compromised.

The dispute came to a head last week when Airbus, in what experts called an unprecedented move, accused the Gulf airline of misrepresenting the problem as a safety issue and threatened to call for an independent legal assessment.

On Monday, Qatar Airways hit back, saying it had taken its complaint against Airbus to the High Court in London.

“We have sadly failed in all our attempts to reach a constructive solution with Airbus in relation to the accelerated surface degradation condition adversely impacting the Airbus A350 aircraft,” it said in a statement. “Qatar Airways has therefore been left with no alternative but to seek a rapid resolution of this dispute via the courts.”

In a statement late on Monday, Airbus confirmed it had received a formal legal claim. “Airbus intends to vigorously defend its position,” it said.

A spokesman earlier reiterated it had found the cause of the problem and was working with customers and Europe’s safety regulator, which has said it has not identified a safety issue.

Qatar Airways denies that the surface flaws – which witnesses say have left some of the jets with a pock-marked appearance – are properly understood and said on Monday that it wanted Airbus to mount a “thorough investigation”.

The row widened this month when documents seen by Reuters revealed at least five other airlines in varying climates had complained about paint or other surface problems since 2016. Airbus had until recently maintained the problem was focused on paint on Qatar’s A350s, based in the Gulf.

Reuters also first reported that Airbus was looking at changing the anti-lightning system.

The planemaker has said it is proposing interim solutions ranging from repairs to repainting and has accused Qatar Airways of ignoring those proposals without reasonable justification.

Qatar Airways reiterated on Monday it could not be sure whether proposed repairs would work without deeper analysis. Its chief executive has questioned why Airbus is still working on a solution if a reliable fix is already available.

The 21 grounded jets represent 40% of its current fleet of A350s, for which it was the launch customer with the biggest order. Other airlines still operate the jet, saying its airworthiness is not affected by what they term cosmetic issues.

The row meanwhile looks set to cost Airbus a big Qatar order for a new A350 freighter version. It received the first firm order for the model on Monday, confirming a previously tentative order for four planes from France’s CMA CGM. 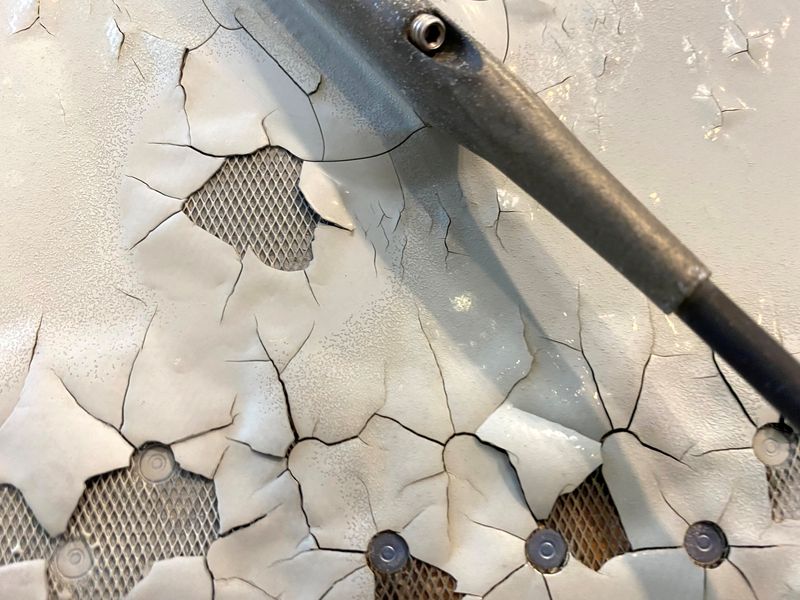