By Ece Toksabay and Tuvan Gumrukcu

ANKARA -Measures to protect Turkish lira bank deposits from depreciation amid a currency crisis have achieved their goal, President Tayyip Erdogan said on Wednesday, as the lira steadied following a volatile rebound from record lows this week.

The lira was 0.6% weaker at 12.48 to the dollar at 1122 GMT after strengthening sharply on Monday and Tuesday, although the currency is still about 40% down so far this year after aggressive monetary easing engineered by the president.

Before Erdogan announced the government’s plan on Monday to protect lira deposits from further depreciation, the currency had slumped to a record low of 18.40 to the dollar. Afterwards, it rallied aggressively in turbulent trading.

The new measures shift the burden of a weakened currency to the Treasury and encourage Turks to hold lira deposits, after many Turks shifted savings to dollars.

“The programme we announced to bring the exchange rate to a reasonable level within free-market economy rules has achieved its goal,” Erdogan told lawmakers from his ruling AK Party, as he again defended his push for lower interest rates.

“Some came out yesterday, making statements along the lines of ‘now is the perfect time to buy forex, this (currency crash)will continue from where it left off’. Their brains have been watered down,” he added.

More than half of savings held by Turks are in foreign currencies and gold, central bank data shows, with confidence in the lira eroding after years of depreciation and bruised central bank credibility.


The government’s commitment to cover depositors’ losses in case of a further lira depreciation means any weakening could stoke inflation and drive up the budget deficit, bankers and analyst say.

The central bank said on Tuesday it would support the conversion of foreign currency deposit accounts into lira.

Under pressure from Erdogan, the central bank has cut rates by 500 basis points since September. The president has pledged to continue with his low-rates policy, while opposition parties have called for immediate elections over the currency meltdown.

Breaking News
ECB likely to get out of negative rates by September, Lagarde says

The government hailed Monday’s rebound in the lira a policy win, but economists say Erdogan’s low-rate model is reckless and see inflation hitting 30% next year from more than 21% now.

The central bank has said it intervened directly in markets five times this month to support lira. It said on Wednesday it sold $844 million in its first intervention on Dec. 1.

Erdogan said on Wednesday he would not let citizens “be crushed” by rising inflation and interest rates, repeating that he would not reverse his policy.

“We know what we are doing, why we are doing it, how we will do it, where we are heading and where we will reach,” he said.

With the lira’s crash, the number of cryptocurrency trades in Turkey surged back above one million from near 500,000, data shared with Reuters showed. 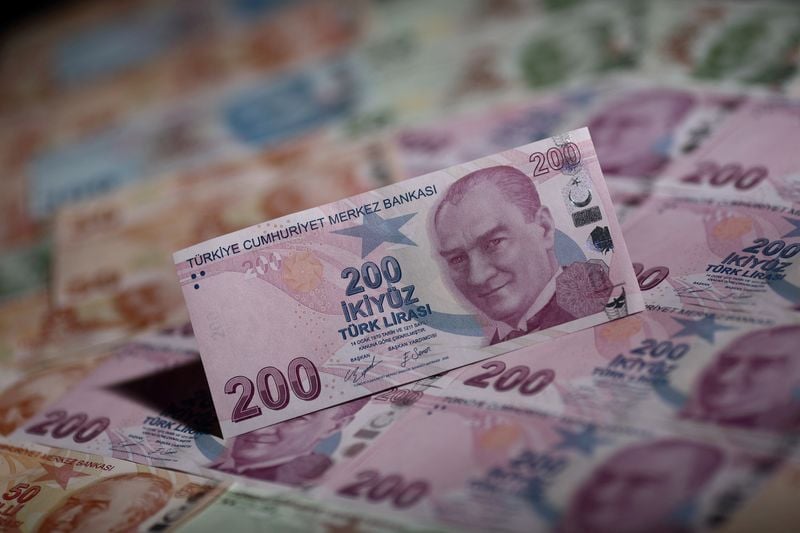