WASHINGTON -The Biden administration on Wednesday criticized China’s decision to cancel a growing number of flights from the United States to China because of passengers who later tested positive for COVID-19 and warned it could take action in response.

“China’s actions are inconsistent with its obligations under the U.S.-China Air Transport Agreement. We are engaging with the (Chinese government) on this and we retain the right to take regulatory measures as appropriate,” a U.S. Transportation Department (USDOT) spokesperson said.

China on Wednesday ordered the suspension of six more U.S.-to-China flights in coming weeks after a surge in passengers testing positive for COVID-19, rising to 70 cancellations mandated this year in a schedule that had already been drastically cut back.

The Chinese Embassy in Washington did not immediately comment.

Airlines for America, a trade group representing United , Delta Air Lines, American Airlines and others, said U.S. carriers are in “communication with the U.S. and Chinese governments to identify a path forward that minimizes impact to travelers.”

Beijing and Washington have sparred over air services since the start of the pandemic.

Before the latest cancellations, three U.S. airlines and four Chinese carriers were operating about 20 flights a week between the countries, well below the figure of more than 100 per week before the pandemic.

China has been suspending flights with other countries, including on Wednesday six total flights from France and Canada.

The number of U.S. flights scrapped has surged since December, as infections caused by the Omicron variant soar to record highs in the United States.

China has all but shut its borders to travelers, cutting total international flights to just 200 a week, or 2% of pre-pandemic levels, the Civil Aviation Administration of China (CAAC) said in September.

(Reporting by David ShepardsonEditing by Chris Reese and Cynthia Osterman) 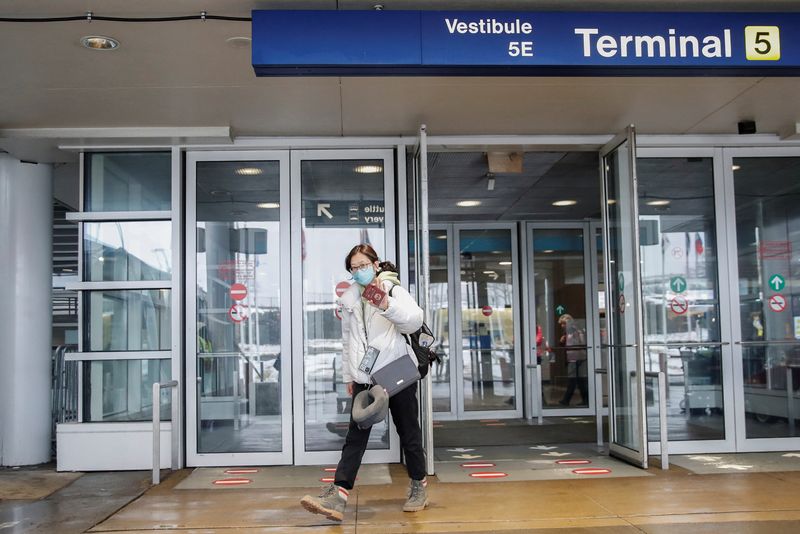