LONDON – British luxury brand Burberry expects to beat profit expectations after its full-price sales accelerated in the third quarter, driven by a strong performance in outerwear and leather goods and a material improvement in Asia and Europe.

Known for its camel, red and black check and TB monogram, Burberry has stopped markdowns in its main stores and online as these were damaging its status as a high-end luxury brand.

Shares in the group, which have risen by 1% over the last 12 months significantly underperforming its peers, jumped 6.5% to 1,871 pence on Wednesday after Burberry’s bullish outlook.

Julie Brown, its finance chief, said full-price sales were up by 26% on pre-pandemic levels, with all product categories growing by double digits, helped by flagship stores that were attracting a new generation of Burberry customers.

“The brand is stronger, the product is stronger,” she told reporters. “The key product categories leather goods and outerwear are performing very strongly.”

The Americas continued to be a stand out, she said, with more young men coming to buy Burberry products like sneakers.


Burberry said adjusted operating profit for the year to April 3 would rise by about 35% at constant exchange rates, well ahead of consensus, which stands at 472 million pounds.

Brown said she expected forecasts to move much closer to the top end of the range – which stands at 497 million pounds – plus a benefit from currency of some 13 million pounds ($18 million).

Marco Gobbetti, the mastermind of the multi-year plan to reposition Burberry, jumped ship to Ferragamo at the beginning of the year. His replacement, Jonathan Akeroyd, joins in April.

The strategy was disrupted by COVID-19, which first hit Burberry in its important Chinese market, before moving to the Americas and Europe, where the Asian tourist market disappeared and has still not returned.

Burberry, unlike most other luxury groups, has not surpassed pre-pandemic sales levels, with comparable store sales down 3% on two years ago, due to the exit from markdown.

Brown said the revenue headwind from this had almost played out, with a “very minor” impact expected in the final quarter. 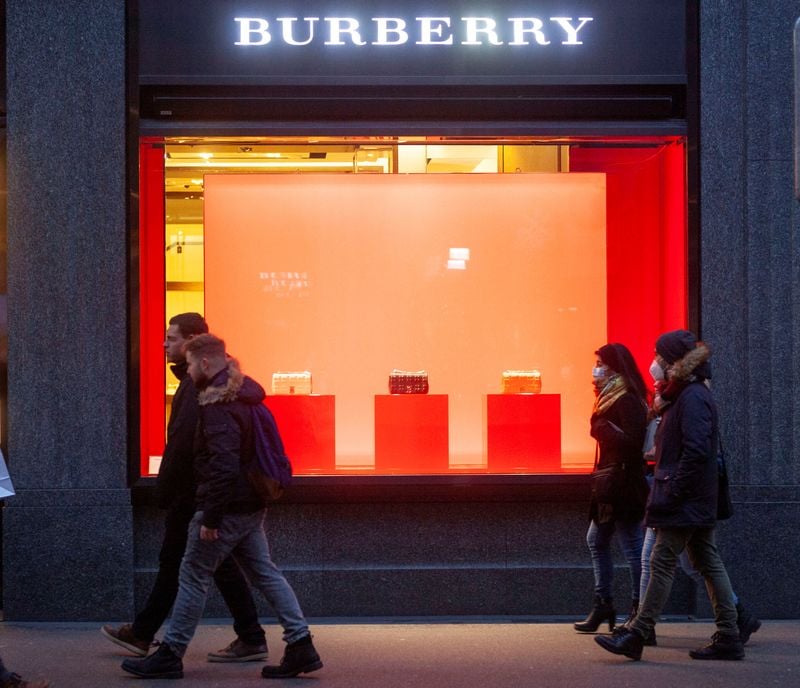